Last week we spent two days in Peniche, which is a seaside town on an interesting and curious peninsula on the Portuguese Atlantic coast about 90 kilometres north west of Lisbon.

Thursday
We took one of the frequent express buses from Lisbon, which takes just over 90 minutes with three stops on the way. We found an excellent B & B on the net – Mercearia d'Alegria. Up in Peniche de Cima and close to the main beach, it used to be an old grocer's store and has been very sensitively converted and is a treat to stay at. 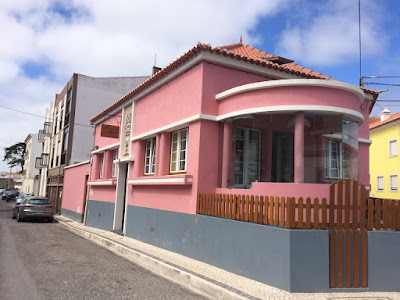 Arriving at lunchtime we went to the Restaurante do Parque – close to our B & B.  We both chose grilled skate. It took some 40 minutes to come, which was beginning to make us wonder whether they were having to rush out to catch our fish. Anyway when it did arrive it was excellent – a very generous portion, perfectly cooked along with plenty of garlic chips. As we were thirsty we just had a draught of Portuguese mainstream beer – Sagres.

As Peniche is a fishing port as well as being a seaside resort, there are many fish restaurants mainly clustered around the port area. That evening we chose to try Entre Tapas as we were still quite full after our late lunch so didn't want a full meal.  Selecting a few tapas we had an enjoyable meal here, although we were very surprised that a 'Tapas' bar had run out of ham! Also when CRM ordered a gin and tonic she didn't expect to find half an iceberg in the large glass. This time we did opt for a bottle of wine: 2015 Bacalhau Escolha by Paulo Laureano – a powerful blend of Aragonez, Trincadeira, Alicante Bouschet and Tinta Grossa. Possibly too powerful for our dish of very tasty small sardines – but that's what we fancied. Most times matching food and wine comes down to what we want to drink. 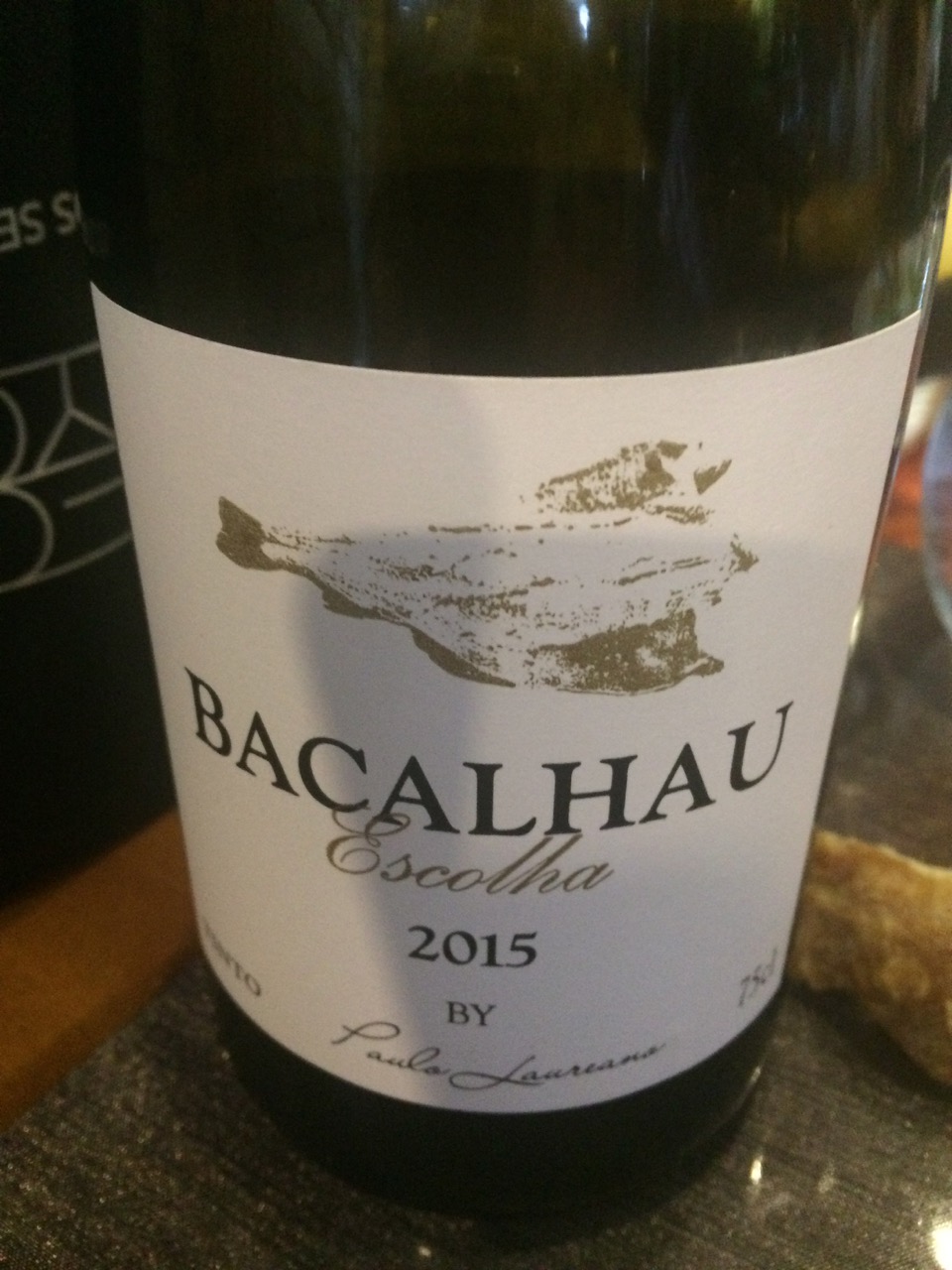 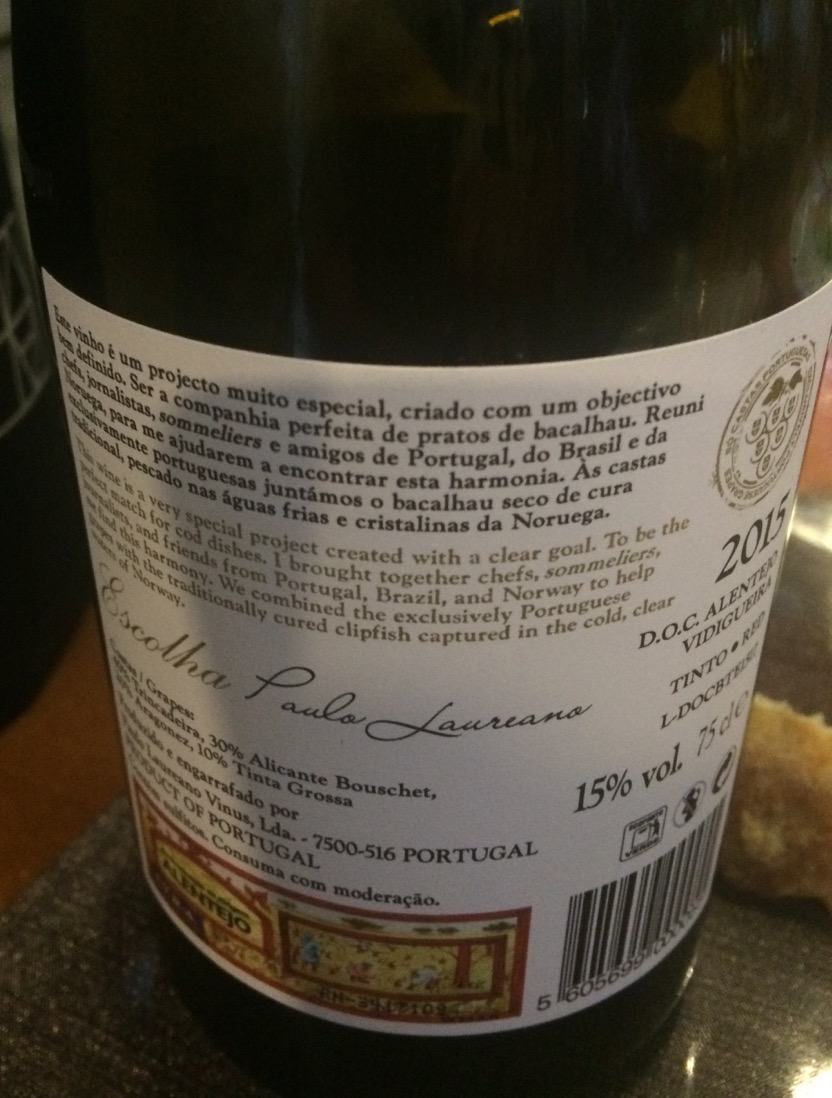 Friday:
Our afternoon was taken up with a visit to the Berlengas Islands – a nature reserve with a mass of birds mainly gulls. Berlenga is the main island and is some 14 kms off-shore from Peniche. No wine is made here but it is possible to get plenty of exercise to work up an appetite for an evening meal. This includes some 350 or so rough hewn steps that take you up from the 17th Century fort up to the lighthouse.

Fort and the lighthouse above

The fort from on high with Peniche on the horizon. 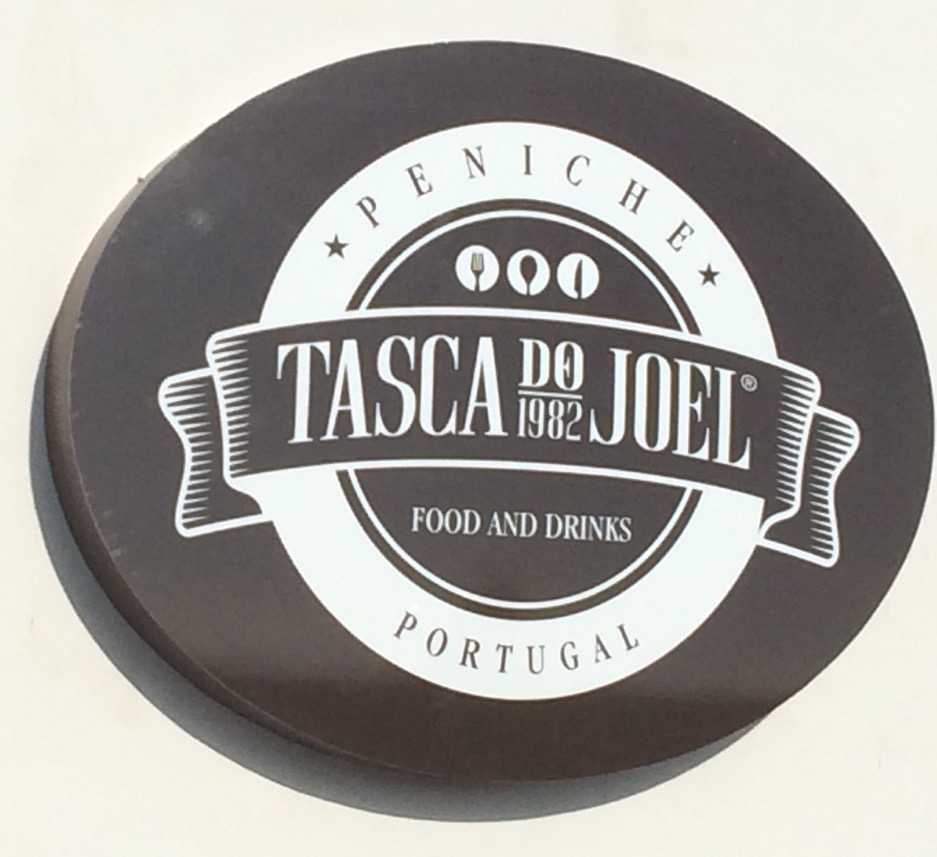 A chance meeting with a friend on the way to the Lisbon bus station gave us this time. "You should go to Tasca do Joel," he said. We duly did that evening and it was excellent. Good service and food plus an excellent wine list which comes on an iPad. The only other time this has happened was last year in a restaurant in Moscow.

Kitchen at Tasca do Joel

I started the evening with a glass of the crisp 2017 Quinta de S. Francisco, while CRM settled for a glass of Niepoort's Redoma white.

We started with a delicious crab, which we chose from live in a tank.  Then for mains CRM chose one of the day's special dishes – duck stewed with chestnuts, while I opted for the grilled rabbit. With these two dishes we drank the rich and powerful 2015 Pombal do Vesuvio, Douro from Symington. This was the first time I had come across this particular wine from the Quinta do Vesuvio in the Upper Douro. It is a blend of Touriga Franca, Touriga Nacional and Tinta Amarela. 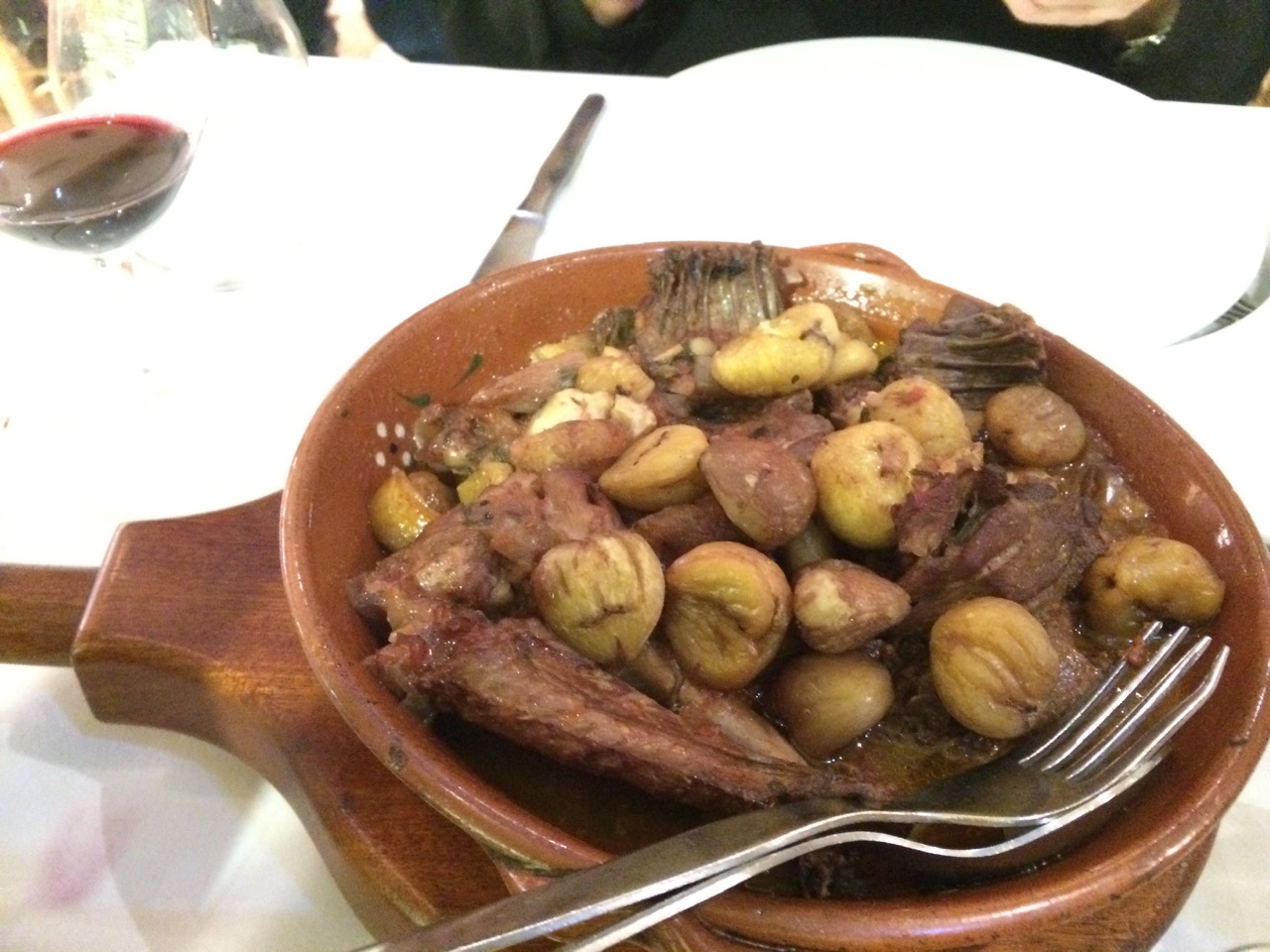 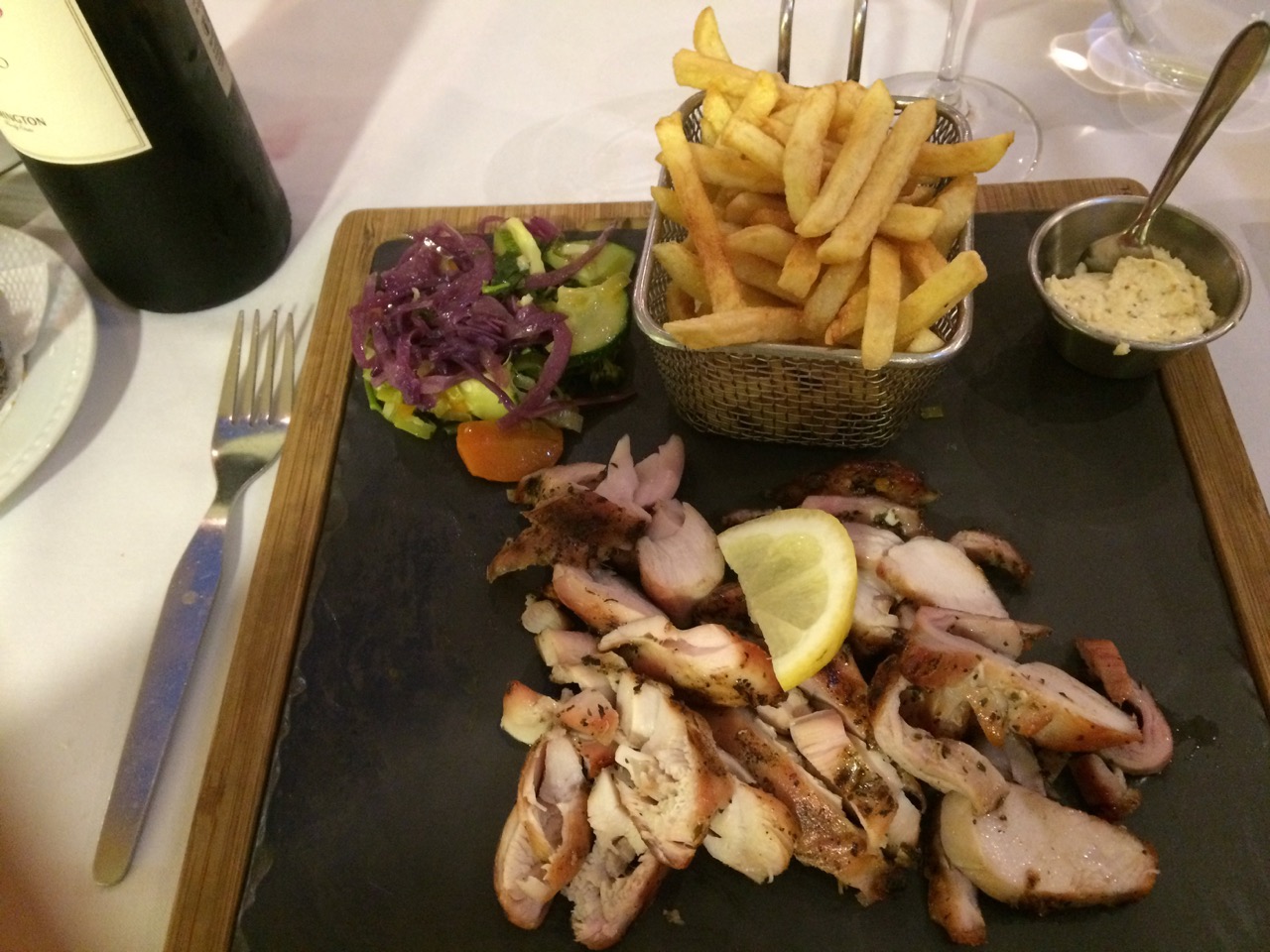 We spent a good part of the morning in a café with a view of the main beach. Very popular with locals, we enjoyed listening to one of Bob Dylan's later CDs before moving on round the northern coast to find our lunchtime restaurant – Profesco. This is a very popular fish restaurant, like Tasca do Joel, set on its own away from the main restaurant area. Instead on the northern side of the peninsula with a view over to Berlengas Islands. Very professionally run and buzzy Profresco is deservedly popular although the cooking doesn't aim for the quite same standard as Tasca do Joel.

We had a very good Amêijoas à Bulhão Pato as a shared starter followed by a couple of main courses with CRM choosing a linguine with seafood – a generous portion. The Muros Antigos Alvarinho Vinho Verde made by famous winemaker Anselmo Mendes is always good – a fine combination of weight and freshness. The 2017 is no exception.

This makes me want to go to Portugal. One thing that caught my eye -- besides the amazing scenery and wonderful-looking food -- was the 15% alcohol on the Bacalhau. I don't know if I've ever seen that high a level on a Portuguese wine before (other than Port and Madeira, of course).