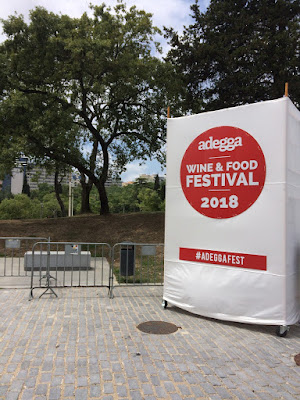 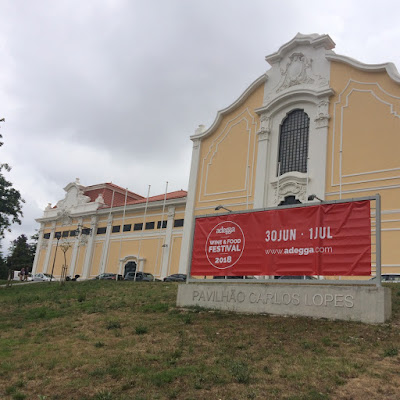 There were some 60 of the best of Portugal’s producers showing some 500 wines along with 10 Portuguese chefs showing their skills in making petiscos (the Portuguese equivalent of Spanish tapas). The weather was kind in this rather bizarre year as it was cool – around 22˚C and it didn’t rain, so good conditions for tasting, so much better than 30˚C of heat.

It was a relaxed occasion particularly on Sunday afternoon which was rather unsurprisingly less busy than Saturday, which made it perfect for tasting. There were many interesting and good wines to taste but I’m going to pick out two producers – Vasques de Carvalho and Castelo Rodrigo. Let’s start with Castelo Rodrigo in Beira with their fascinating and complex Pinking. Although from its pinkish hue it looks as though it is a rosé, it is actually a white wine made from from Síria – a local grape here in Beira. There are natural components in Síria that produces the pink tinge. To make a white Síria you have to remove the colour. 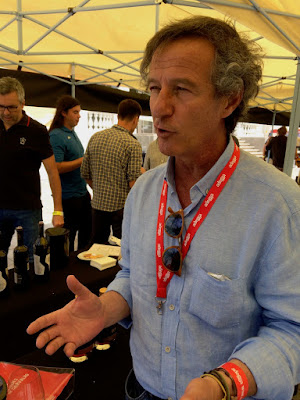 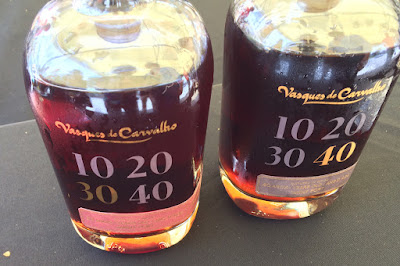 However, my big discovery of the festival was the wines of Vasques do Carvalho, especially their amazing array of Ports. Although the family had long grown grapes and made wine they sold to the Port houses, while in keeping a little back for themselves. In 2012 the family decided to strike out on their own. The range of tawnys from 10 YO through to 40 YO are spectacular as is the Porto Special Reserve white, while the Porto Dry White well chilled would make a very acceptable apéro – probably too good to be mixed with tonic. I also tasted the estate’s reds and was particularly impressed by the 2013 Velhos Bardos Reserva.