A dispatch from the lunatic asylum.....I'd rather be @Le Salon des Vin de Loire

But for a slip on black ice on 2nd January I would be at the Salon des Vins de Loire in Angers. Unfortunately when I fell my left leg went underneath me and ruptured my quads from my knee cap. This necessitated having on operation on 4th January to reattach the tendons. (See ambulance and knee photos below).

Fortunately my recovery seems to be going well. I can now go out for long walks relying on just one crutch rather than the two I started out with after the operation. Despite this progress it is still impossible for me to travel, so very sadly no Millésime Bio and no Salon des Vins de Loire this year.

However, I gather from Chris Kissack, the estimable Wine Doctor, that the catering in Press Office has gone down very sharply in my absence. In the past the Press were offered a very considerable spread for lunch. Clearly austerity has arrived in Angers! Chris reports that the Salon, which for the first time runs for only two days, was busy on Monday and that La Levée de la Loire has expanded considerably. Doubtless this is a reflection of the continued growth of organic viticulture in the Loire.

But to return to the lunatic asylum – the lamentable state to which the madness of Brexit has reduced in the UK. The latest piece of lunacy is Teresa May ruling out staying in the Customs Union after we leave (if we leave) the EU at the end of March 2019. How May and her government are going to square this with the agreement at the end of Phase One that there would be no hard borders between Northern and Southern Ireland?

May parrots the aim of achieving 'frictionless' trade ignoring the fact that the Customs Union provides frictionless trade. So why attempt to create a new system, which the EU may well not accept anyway? It is amazing that 18 months after the referendum vote on 23rd June 2016 the UK government has still not agreed on what they are seeking as a trading arrangement following Brexit.

In addition Château de Tracy and Couly-Dutheil have kindly sent me a selection of samples, so that I can continue to work during my convalescence. 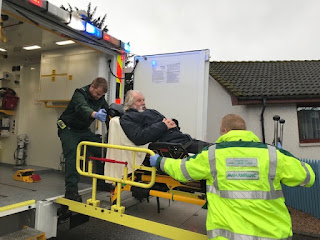 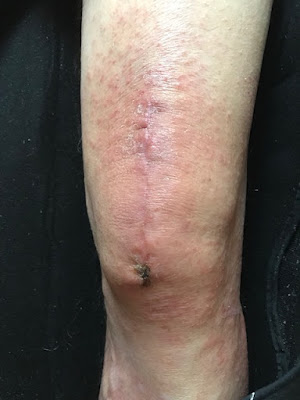 Glad to hear that your leg is making good progress. "Patience is a virtue" is what my mother used to say but I never found it easy to be a patient patient when I desperately wanted to get better fast, so good luck with the recovery!
You're right about the lunacy of Brexit. Reinventing the wheel is what it seems like, utterly pointless and a massive waste of money so far. I firmly believe that if all the clever people agree on something they are probably right and we should believe them, Brexit will be a disaster for most of us, except for those who are rich enough to be insulated against it.