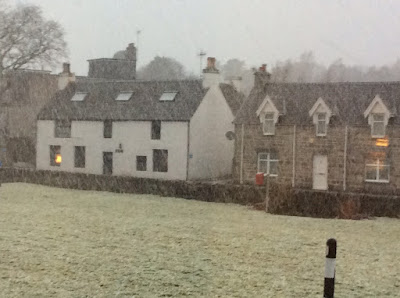 The start of the snow around 3-3.30 Monday afternoon

Following a few days when it has been warmer making the black ice that unfortunately caused me to slide and rupture my quads from my left knee on Tuesday 2nd January disappear, snow and colder weather has returned to the Scottish Highlands this afternoon with a series of snow showers.Inthe interim I have been able to venture out on my crutches to get some much needed exercise.

Some more snow has fallen this evening lying now on the roads but only a maximum of two inches thick. More is forecast for tonight and tomorrow. Whatever I'm going t have to remain inside while the snow remains – can't afford to do myself further damage .... 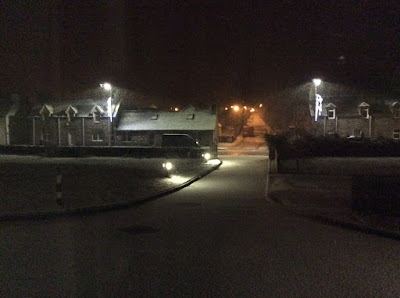 After a few snow showers it seems again
to be snow with more determination
Posted by Jim's Loire at 21:57