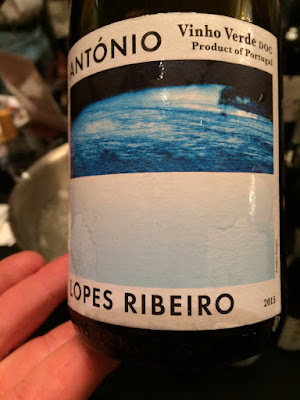 The latest edition of the Adegga Wine Market was held today at the Lisbon Marriott Hotel. Once again it appeared to be a great success. I started off in the Premium Room where there was a opportunity to taste just under 60 of Portugal's best wines including some showing how Portuguese wines can age. A few reds went back to 2002 while amongst the fortifieds there were Ports going back to 1975. Over the weekend I will be reporting on the wine from the Premium Room.

After finishing in the Premium Room I spent a brief time in the main room, which was getting increasingly crowded. I made a point of tasting the wines from Casa de Mouraz, who were badly affected by the recent Portuguese forest fires. There is a crowdfunding campaign being launched tomorrow in London to assist them in replanting vineyards and facilities damaged or destroyed by the fires.

Their whole range I tried was impressive including the fresh and crisply citric 2016 Air, Vinho Verde (8 €), which is a blend of Alvarinho, Loureiro, Avesso and Azal.

Next the 2015 António, Loureiro, Vinho Verde, Lopes Ribeiro, Casa de Mouraz with more concentration than the Air. It was also well balanced. Moving south from the Vinho Verde to Dão for the 2015 Casa de Mouraz. This is a field blend of a number of grape varieties but principally Malvasia Fina, Encruzado and Bical. 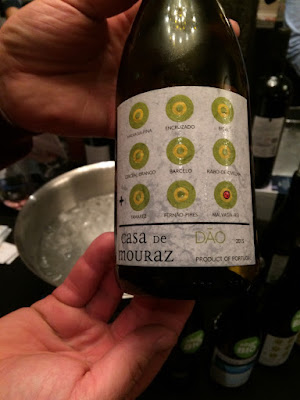 We finished the whites with the extremely good, citric and finely textured 2016 Encruzado, which apparently ages well. Certainly this is a bargain at 10 € through Adegga. You can order through the Adegga site until 23.59 on 4th December.

From the four reds I tasted I particularly liked the 2014 ripely textured and concentrated Elfa (20€) from 85 year old vines – a range of grape varieties including 30 local grape varieties such us Baga, Jaen, Tinta-Pinheira, Alvarelhão, Alfrocheiro, Bastardo, Camarate, Cornifesto but no Touriga Nacional. I was also taken with the 2014 Casa Mouraz (8€) – like the its equivalent in white – this is a field blend with Touriga Nacional, Jaen and Alfrocheiro playing leading parts. It lovely sweet, concentrated black fruits. 2014 Private Selection (15€) was the last red – attractively textured its is still quite tight and needs more time. Made from 80% Touriga Nacional and 20% Jaen. 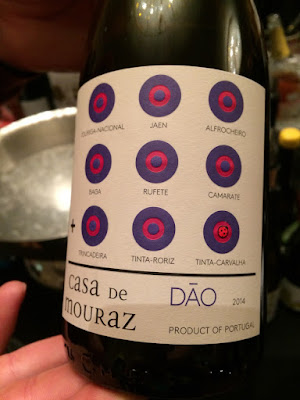 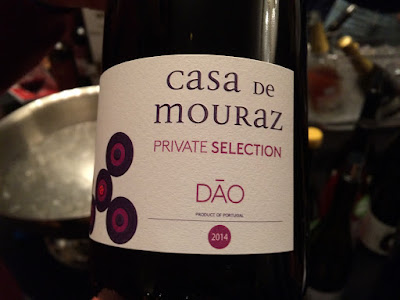