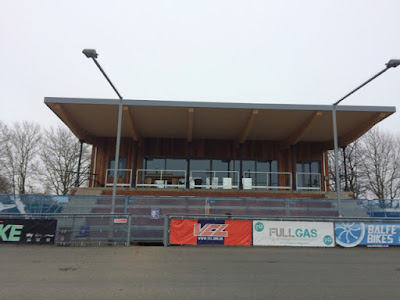 The new pavilion at Herne Hill
(above and below) 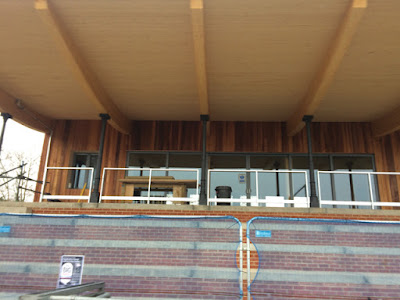 For the first time in many years I dropped into the Herne Hill Velodrome on Burbage Road, London SE24.

In the late 1970s and early 1980s we used to go to watch the Good Friday meetings at the Velodrome. I dropped in today to see how the renovation of the velodrome is going and to see the new pavilion. It was through Twitter that I heard that the Friends of Herne Hill Velodrome are using Crowdfunder to raise enough money to kit out the new pavilion. Their initial target was £75,000, which they raised in less than a week, so they decided to extend it to £100,000.

This new target is proving to be less of a sprint more of a grind. However, the total has moved onto £83,850 with six days left to go. 12pm on 24th December is the deadline.

From the Crowdfunder site:

Big Finish?
Flippin’ enormous finish! We smashed it; obliterated the 75K target in less than a week. That was absolutely amazing and a massive thanks to all who pledged. You truly did your bit to fit out the new pavilion. You played a crucial part in calling Herne Hill Velodrome….(gulp, we’re going to say it)….saved.

So what next?Well, we did have a stretch target, a bigger figure we didn’t dare put down first: £100,000. What do you reckon?

There’s plenty more we could pay for. Inner track fencing, MTB trails, PA system. The list is extensive and it all feeds in to our ultimate goal: to make Herne Hill Velodrome an inclusive cycling centre for for all kinds of cyclists. So what do you say?  Push on until Christmas? See how far we can get?
Ladies and gentlemen, this race is now an ‘unknown distance’: How much will we make by midday on the 24th?

We did pretty well in that last sprint. Now back on the drops, we’re pressing on.

We’re racing towards: An Unbelievable Finish!' 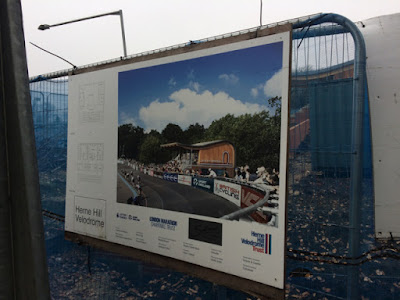 Artist's impression of the new pavilion 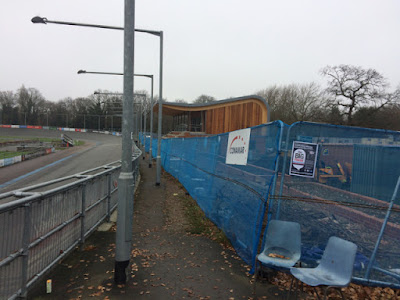 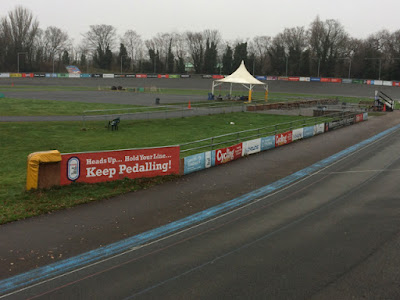 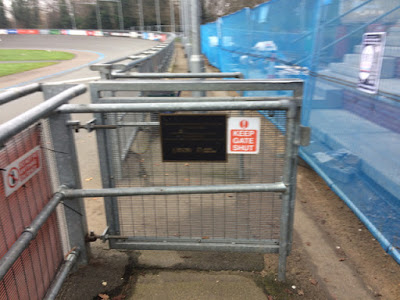 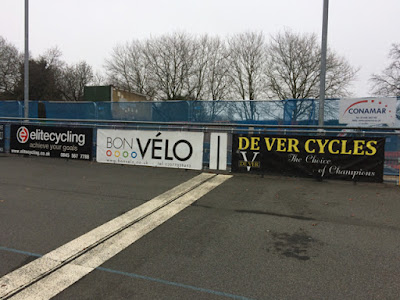 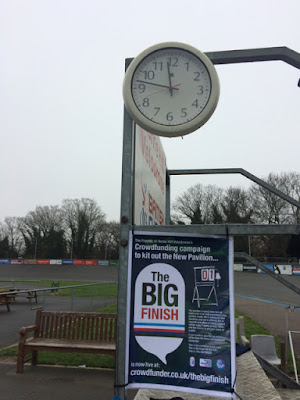 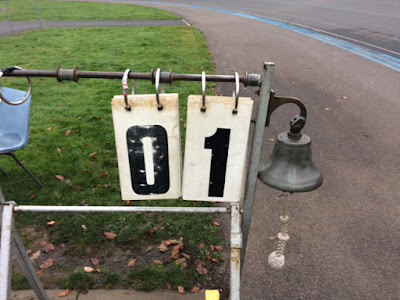