Two highlights of the IWSC press dinner – Bual and a Ferrari 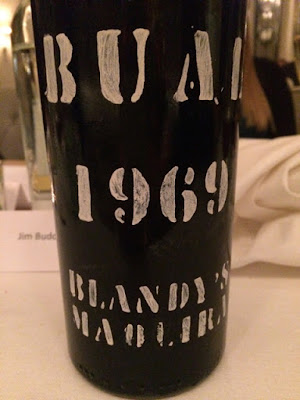 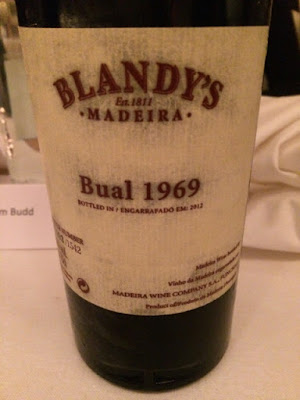 On Thursday night (17.11.16) I was at Hush in Mayfair for the IWSC press dinner which paired sparkling wines from Ferrari in Trentino against Madeiras from Blandy's. The meal ended on a high with two fine wines – the 1969 Bual from Blandy's and the Ferrari Giulio Riserva del Fondatore 2001.

The 1969 Bual had that combination of concentration allied with an austere finish, which I find so attractive in old Sherries. Just lovely to sip, although one of my neighbours at table found the finish too harsh and austere.

The Ferrari Giulio Riserva del Fondatore 2001 has lovely complexity with some honey and brioche character that comes from at least 10 years on its yeasts. Made from 100% Chardonnay from the Maso Pianizza vineyard which is at 500-600 metres exposed to the South-West. This cuvée was first made in 1972. 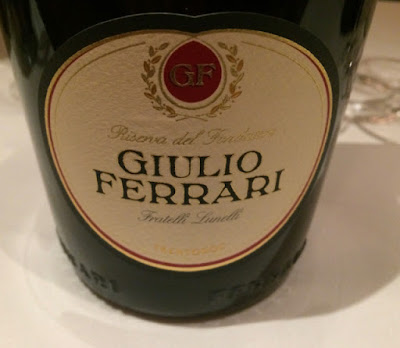 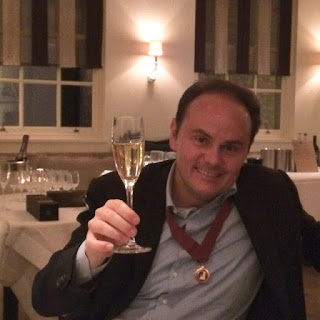 Matteo Lunelli of Ferrari, Trento DOC
the outgoing president of the IWSC competition 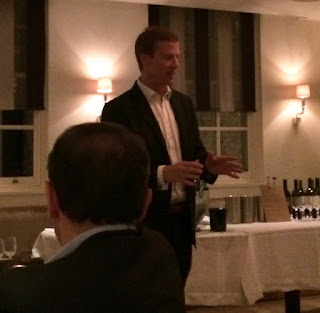 Chris Blandy of Blandy's Madeira,
the incoming president of IWSC