Further insights into the character of Tim Brown (aka Aaron Timmer Brown) who trousered the Paul Kimmage Fund. 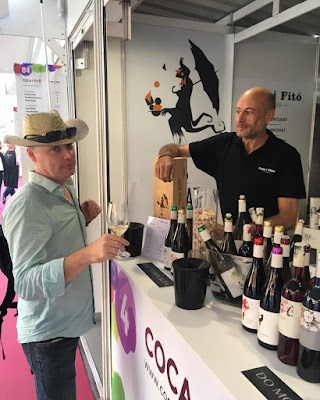 Tim Brown: 'His lies are so deep rooted, he,
himself has no idea what the truth is or is not.'
Comment on Cycling Tips: October 2013

Interesting piece here from Cycling Tips (published October 2013) on Aaron Timmer Brown (now known as Tim Brown in Spain's Catalonia). I found some of the comments on Brown's 'character' particularly illuminating.
Regarding Wine.Pop (Twitter), where Brown is marketing director, several Ambassadors, who were supposed to be selling the advantages of the Wine.Pop app to wineries for a commission, report that they have heard nothing from Wine.Pop since my first piece on fraudster Tim Brown (aka Aaron Timmer Brown) went up last Sunday. Either Brown should cease to have any involvement with this business or the app should indeed go pop and disappear.

I see that the reputable wine luggage company Lazenne have an association with Wine-Pop. I trust they are fully aware of Tim Brown's background.

It is clear that Aaron Timmer Brown has many friends and admirers as my initial post has to date proved to be the 3rd most popular since launching the blog in August 2008.