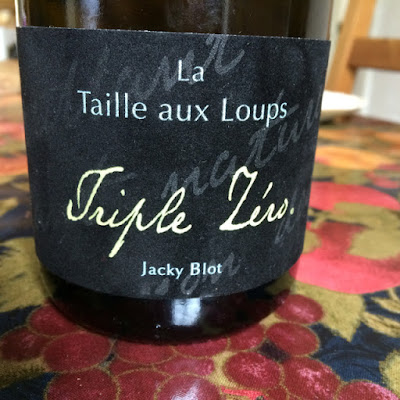 On Thursday night we enjoyed a soirée de la modération with André Ribeirinho (Adegga), Beatriz Silva and two other friends. We warmed up with a bottle of 2002 Triple Zéro, which Jacky Blot had kindly given us following a very good  tasting with him at La Taille aux Loups in Husseau. The 2002 was still very fresh but with additional complexity from the bottle age. 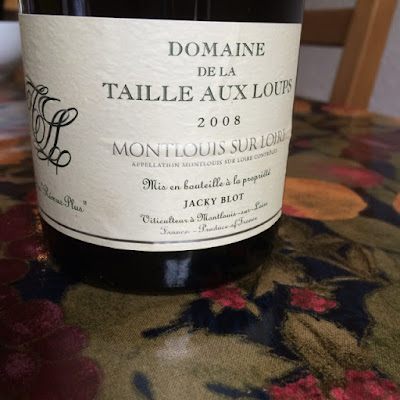 During the tasting with Jacky we had tried a Remus Plus in half bottle that was considerably more evolved than this very precise full sized one, which showed a touch of oak. It worked well with our fresh asparagus. The 2008 will clearly last a long time gaining further complexity in bottle. 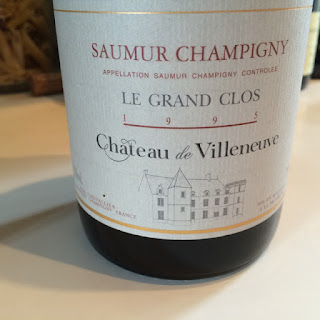 
The 1995 Grand Clos was one of the real stars of the evening – no sign of brickiness in the colour, complex, finely textured, beautifully balanced black fruits, structure and acidity with the simple roast chicken acting as foil. 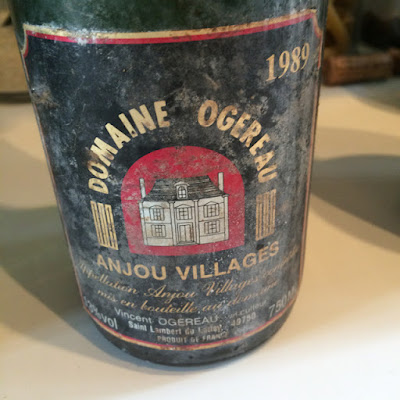 For the other red with the main course we went back to 1989. Although full of ripe, succulent black fruit, the 1989 Ogereau suffered a little coming after Le Grand Clos as it showed less complexity on the evening. However, trying a small amount that remained the following morning it had softened and developed showing the rich, very ripe fruit that is a characteristic of 1989. Clearly I should have opened it earlier. 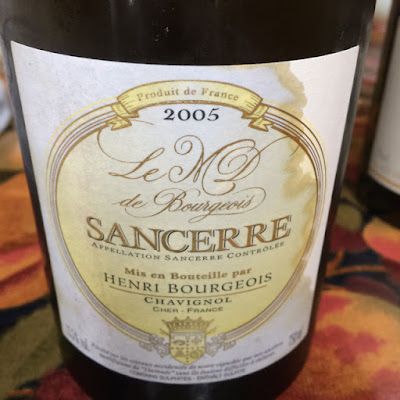 
Le MD from Henri Bourgeois is always a solid banker and the 2005 from a sunny vintage, which we served with the cheese, was no exception. As always it was a particularly good match the goat's cheese – a Petit Lochois. Although the 2005 was a warm year the finish of this MD remains fresh and clearly has the potential to continue to age well for a number more years. 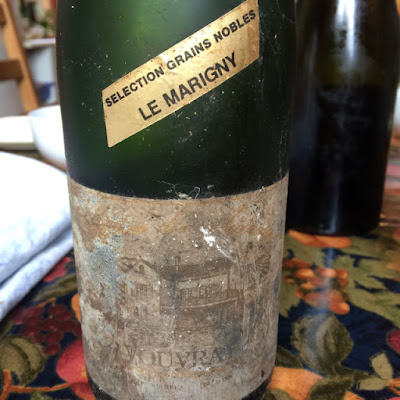 Just lovely! This Le Marigny showed why 1989 is such a great vintage with rich honeyed, apricot flavours, wonderful texture and the capacity to age for further decades. 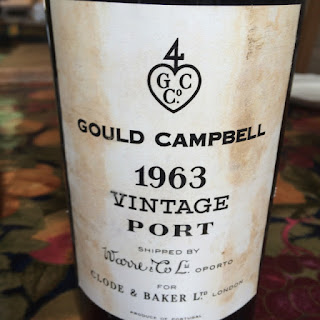 To make André and Beatriz feel at home we concluded with this richly concentrated 1963. Initially it showed slightly spiky alcohol but this soon calmed down leaving a fine and complex Port. 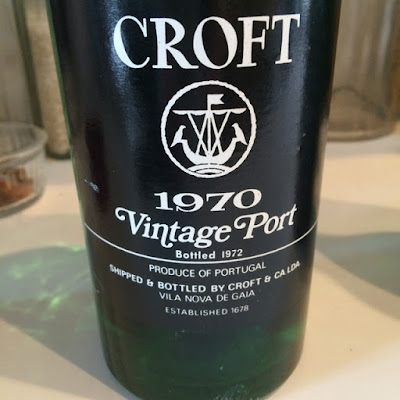 We had tried this 1970 early on Thursday morning as André and Beatriz's morning flight from Lisbon on Wednesday had been cancelled and the next flight to Nantes didn't get in until late evening, so it was just after 2am that they reached Epeigné. However still time to enjoy this 1970 Croft before retiring. Less rich than the 1960 this had very fine cherry fruit – a bottle with a lot of finesse.
Posted by Jim's Loire at 09:36