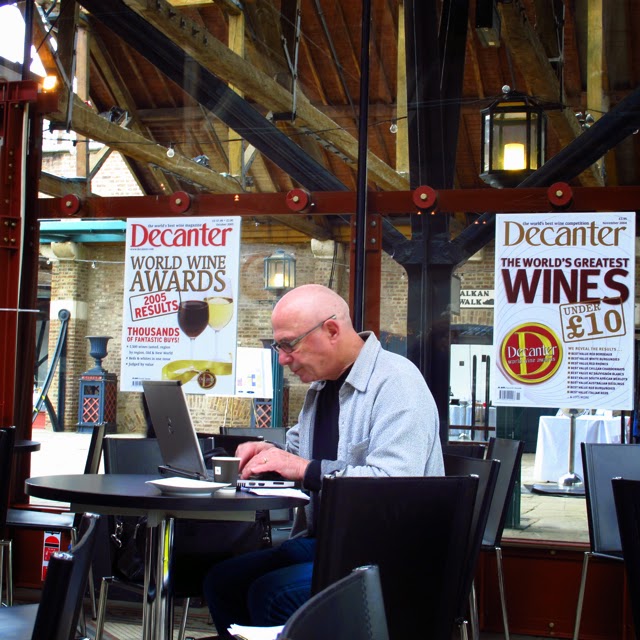 Friday afternoon saw the end of the main section of judging for the 2015 Decanter World Wine Awards. A small panel will soon decide on the International Trophies – the top wines from more than 16,000 entered this year.

Tony Aspler, now the doyen of Canadian wine writers, was over in London for the DWWA as the regional chair for Canada. He came to dinner on Friday. 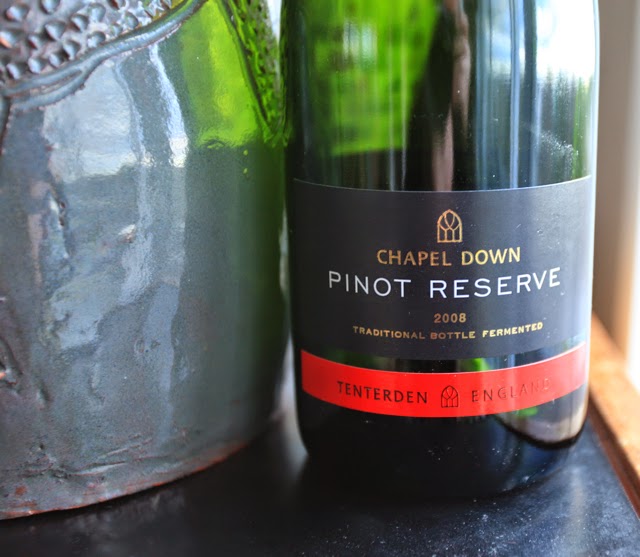 After a very busy day judging it was good to start the evening with this fine English sparkling wine. It is a blend of Pinot Blanc and Pinot Noir, which spends a minimum of 5 years on its lees. The resulting wine is complex: rich with notes of toast and brioche. 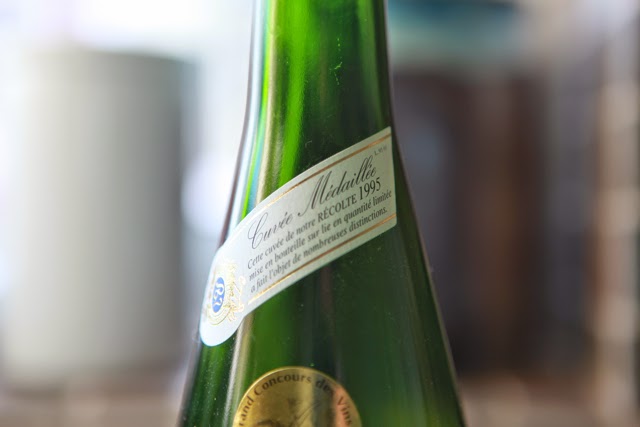 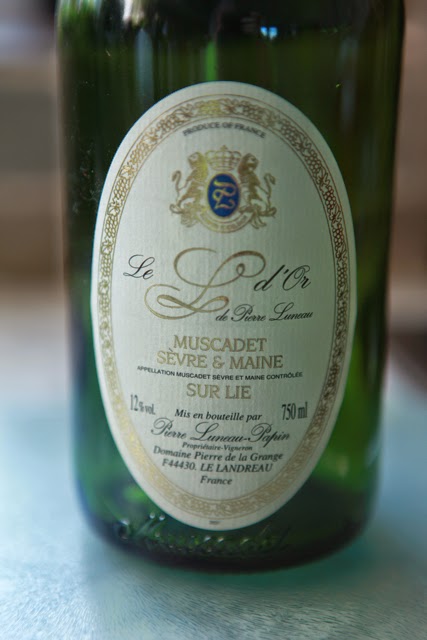 I have been regional chair for the Loire since 2003 and this edition has very clearly been the most successful in terms of gold medals awarded – a total of 10. Last year we awarded a then record of four golds. In the 2015 edition Muscadet played a significant part – highlighting both the quality of the 2014 vintage but also underlining what efforts have been made in the Pays Nantais to raise quality.

There have, of course, always been quality-minded producers in the Pays Nantais like Pierre and Monique Luneau. Although a very drinkable and spectacular 1995 Muscadet will surprise some, lovers of Muscadet will not be surprised that this 1995 L d'Or has aged brilliantly and remains youthful. The ceviche of tuna, scallops and salmon was a very good foil to Pierre and Monique's wine. 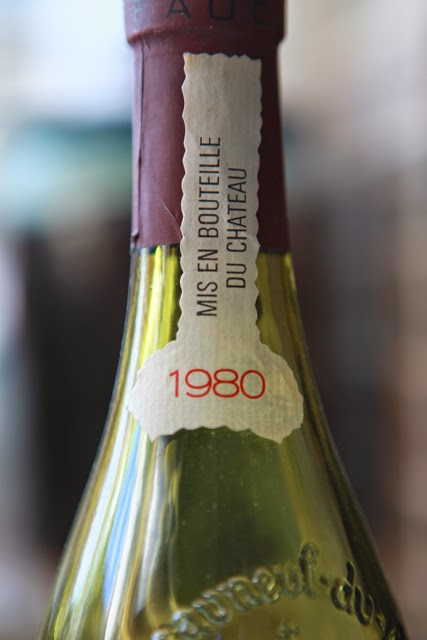 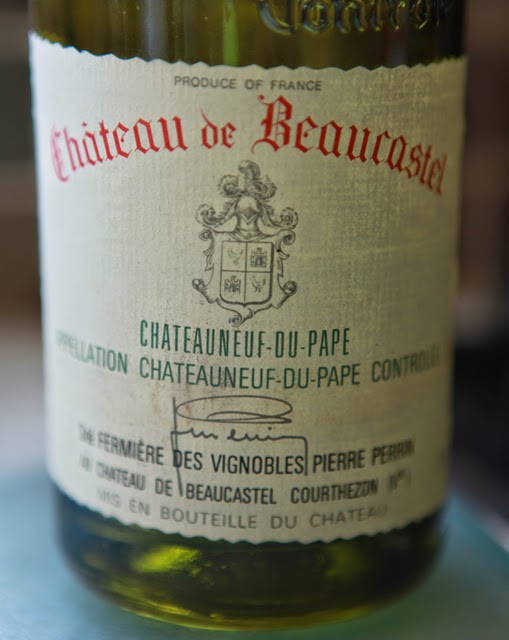 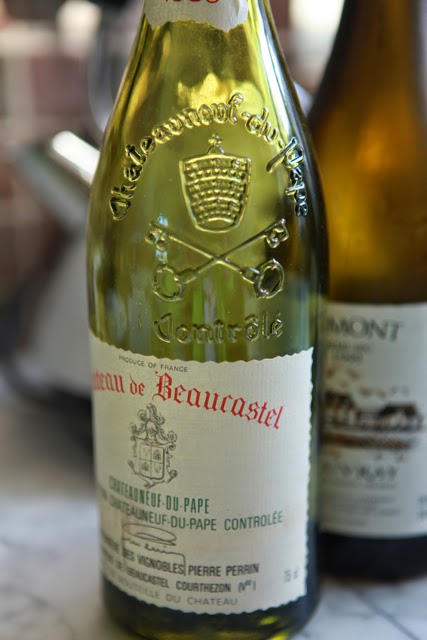 The label is slightly askew ....

Main course was a simply roasted chicken with the intention that the 1980 Beaucastel should not perhaps be overwhelmed by strong flavours. Although I opened the 1980 about an hour or so before we started to drink it I didn't decant it until just before before serving as on tasting it when first opened the wine seemed quite delicate so I didn't want to take the risk of it fading in the decanter. This may have been a mistake as the wine opened up while we drank it with the final glass being the most impressive. An example of how as wines age regions move closer together with the 1980s light bricky colour and silky texture approaching Burgundy. 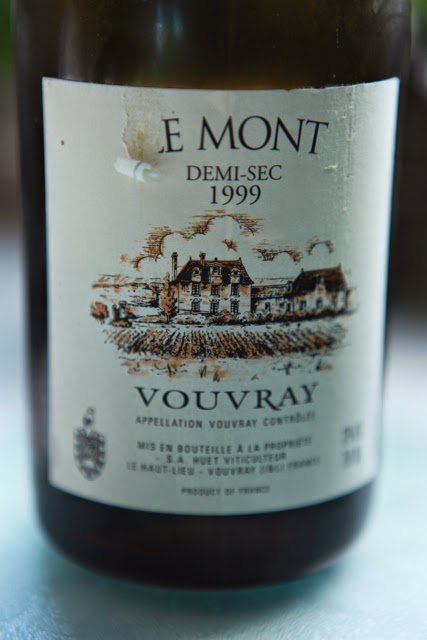 No dessert – instead a selection of cheese to accompany this 1999 Le Mont Demi-Sec from Huet. Honey, quince with lovely balance of this fruit and fresh but ripe acidity in the finish. Showing some evolution but brilliantly precise and surely good for at least the next 30 or 40 years. A bottle, that dates from the time when Gaston Huet was still alive, which illustrates why demi-sec is perhaps the most classic style of Vouvray. Simply a treat!