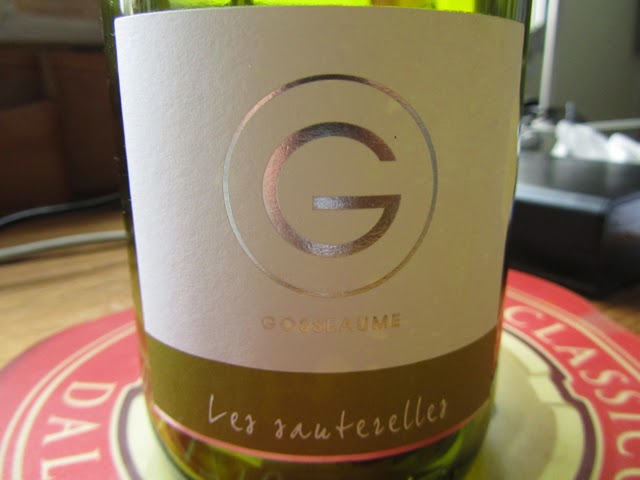 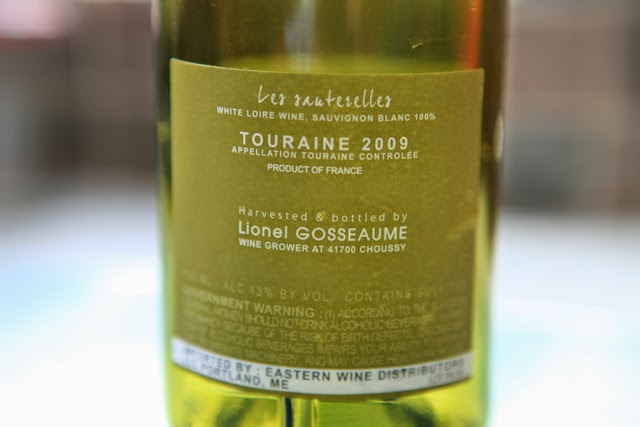 A couple of bottles from 2009 that I have recently really enjoyed, while being slightly surprised but pleased by their quality: a Touraine Sauvignon from Lionel Gosseaume and a Pinot Beurrot from the Charitois' vineyards of Serge Dagueneau et Fils.

Firstly Lionel Gosseaume's 2009 Les Sauterelles Touraine Sauvignon. Often the advice given for Touraine Sauvignon is to drink the youngest vintage available. Although it depends upon how you like your Sauvignon to taste but, like the Sauvignon Blancs from the Central Vineyards, those from the best producers keep well. Les Sauterelles from Lionel Gosseaume is a good example. Showing the typical richness of a 2009 it has retained attractive freshness in the finish and the extra bottle age has brought addition complexity. 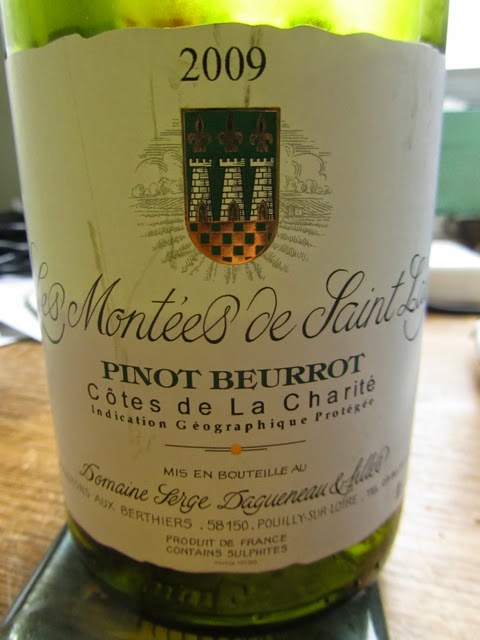 Domaine Didier Dagueneau is rightly famous and acclaimed but this is a reminder, along with their wines from Pouilly, that there is a another Dagueneau domaine – that of Serge Dagueneau et Filles – of merit. Pinot Beurrot is a synomym for Pinot Gris, while Côtes de La Charité IGT used to be called the Coteaux Charitois.

The vineyards of the Côtes de La Charité lie to the north east of La Charité, an attractive small town on the Loire between Pouilly-sur-Loire and Nevers. This Pinot Beurott is very much a Pinot Gris made in the style of Alsace – opulently rich with an attractive touch of evolution in the long finish – rather than most Italian Pinot Grigios. I started off drinking it as an excellent apéro. Then tried it with a piece of smoked haddock poached in milk. Doubtless an interesting experiment but too rich for the delicacy of the haddock.

Although not a major Loire variety Pinot Gris/Pinot Beurrot crops up in various parts of the valley playing different roles. In Reuilly it makes a delicate and pale rosé. It is one of the three Pinots that goes into Noble Joué (just to the south of Tours) – the other two are Noir and Meunier. In The Coteaux d'Ancenis, at the gates of the Pays Nantais, it is known as Malvoisie where it is mainly used to make sweet wine, which ages well. In this guise it also pops up in eastern Touraine but rarely made in commercial quantities rather for consommation personnelle.