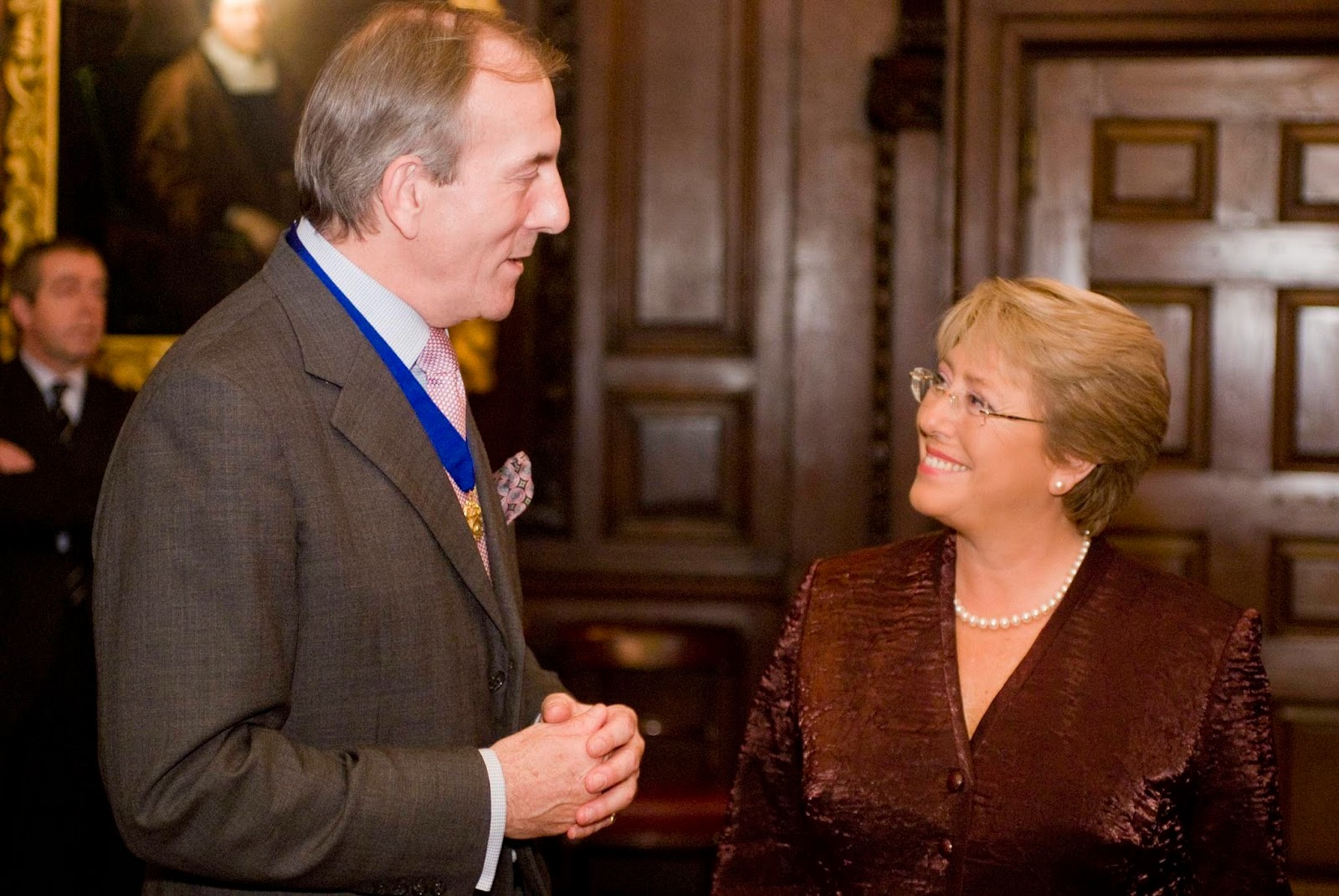 Michael Cox with President Michelle Bachelet of Chile in 2008 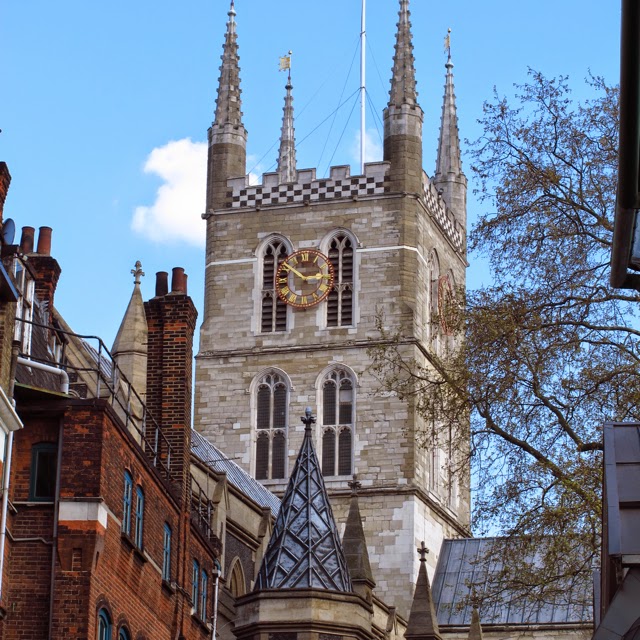 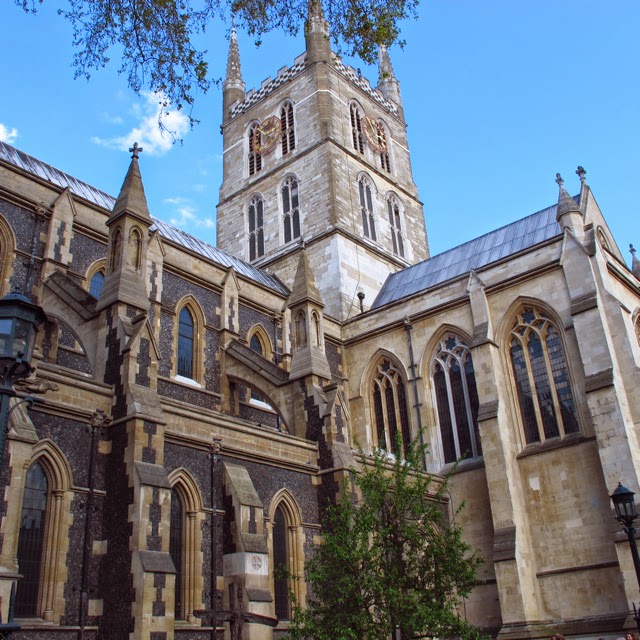 This afternoon saw Southwark Cathedral completely packed as the wine trade united to pay their tribute to the hugely popular Michael Cox, who died too young of cancer in February. I understand that the main section of the cathedral with the two transcepts accommodates 832 people. Since some people had to stand, there must have been 850 or more present – a truly remarkable turnout!
The service was entirely fitting as a memorial to Michael serious, inspiring, reflective but also with its very funny moments.

There were a number of tributes with Eduardo Chadwick, Director of Wines of Chile and President of Viña Errazuriz first to tee off. He praised the way that Michael's "driving force" had transformed the image and prospects of Chilean wine in the UK and Europe. He spoke of his 'dedication' and 'unique talent for getting the best out of people' – 'a wonderful man' who had achieved 'monumental work'.

Eduardo quoted Anita Jackson of Wines of Chile: 'couldn't have asked for a better team leader – we all worked as a team'. He also cited Michael as "the life of the party" and "how he owned the dance".

Other tributes were paid by Sam Dow, Past Master of the Worshipful Company of Vintners and David Cox, Michael's twin but younger brother, plus a duet of 'Swing low, sweet chariot' by Charles Metcalfe and Oz Clarke. The address was given by the Reverend Canon Mark Oakley, chaplain to the Worshipful Company of Vintners, and Sam Jacobs, Michael's nephew, played the Horn Concerto, Second Movement by Franz Strauss brilliantly. No surprise that he has recently been appointed Principal horn of the Royal Philharmonic Orchestra.

Sam Dow: spoke how the high hopes they had of the 650th anniversary of the Worshipful Company of Vintners were more than fulfilled with some "hugely successful events'. He cited Michael's "kindness at a personal level and how he went out of his way to take an exceptional interest in all members of the Vintners' staff" as well as "his respect for tradition", how "he loved dressing up" for events and "Michael's sense of humour – one liners". Dow concluded: "The spirit of the man will always be remembered."

David Cox: "I shouldn't really be here as a few months ago I asked Michael if there was anything I could do? Michael looked at me and then said 'we have done almost everything together, the least you can do if come with me when I go!"

David spoke of Michael's "dark, self-mocking jokes towards the end". "Humour was always with him."

David also cited Michael's love of sport and of the great affection in which he was held by the Australians from his time of heading up Negociants UK – Yalumba's European arm.

"We shared a room before we were born." "he gained the respect and love of all he came into contact with", "a rare man", "inspiration", "pillar", "life-force" and "his swashbuckling image".

David recalled how there was only one place at their first school, so they would take it turn about going to school and how they developed their own twins' language. He also recalled, when he was working for the family firm Matthew Clark how, at the start of a first time meeting with the "redoubtable" Angela Mount, when she was the buyer for Somerfield, that she greeted him effusively and kissed him on both cheeks, then said "...but you're not Michael!"

"I have lost my best friend – my other half," David concluded.

(I now have the full version of David's tribute, which I will post tomorrow.)

Reverend Canon Mark Oakley: Michael and he were comparing notes – "what should be on their gravestones" – after they came out of hospital with Mark's illness far less serious than Michael's. Mark went for 'the only thing he ever finished' as an inscription. Michael didn't come up with an inscription saying that he wanted 'just something simple'.

"I saw the true man over these last few months." "Kind beyond the call of duty", "attractive integrity and humanity." "Good at raising expectations." "The human spirit remarkably strong, generous and beautiful." 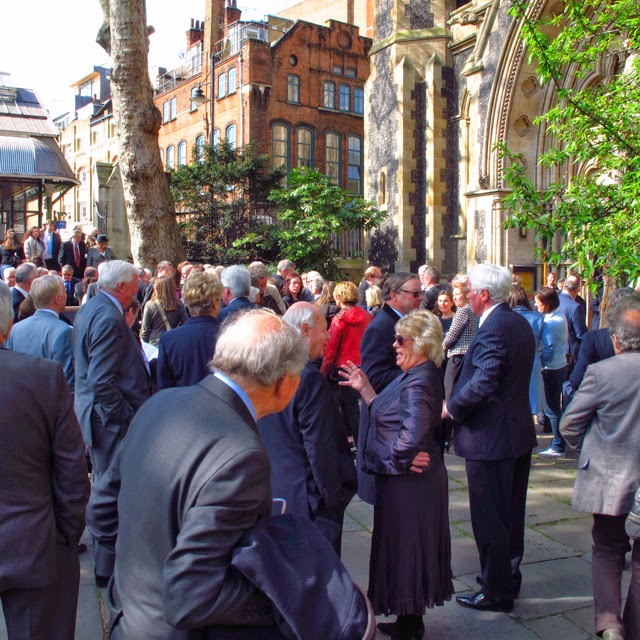 Gathering outside the Cathedral in warm April sunshine 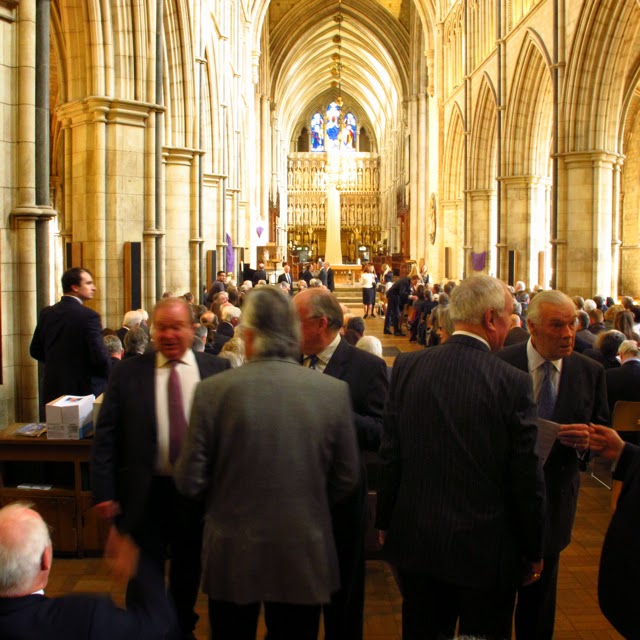 The cathedral rapidly filled up 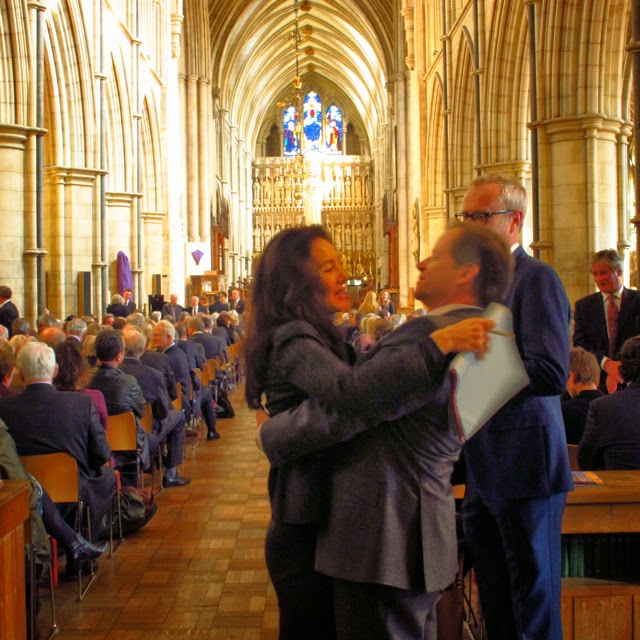 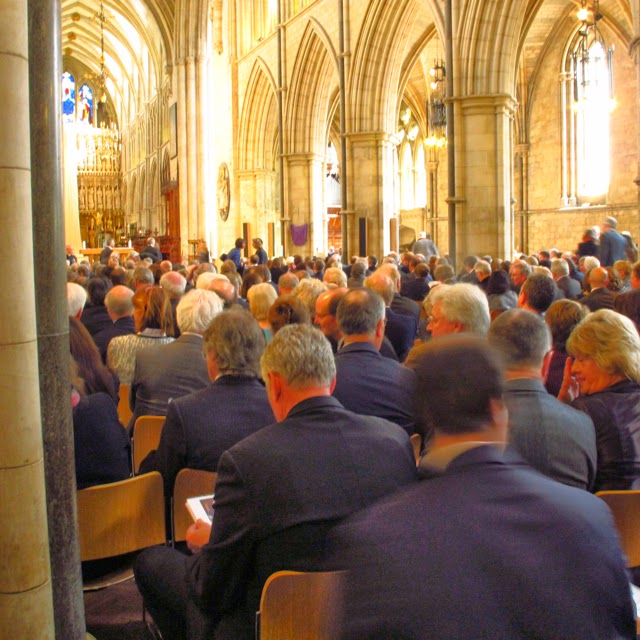 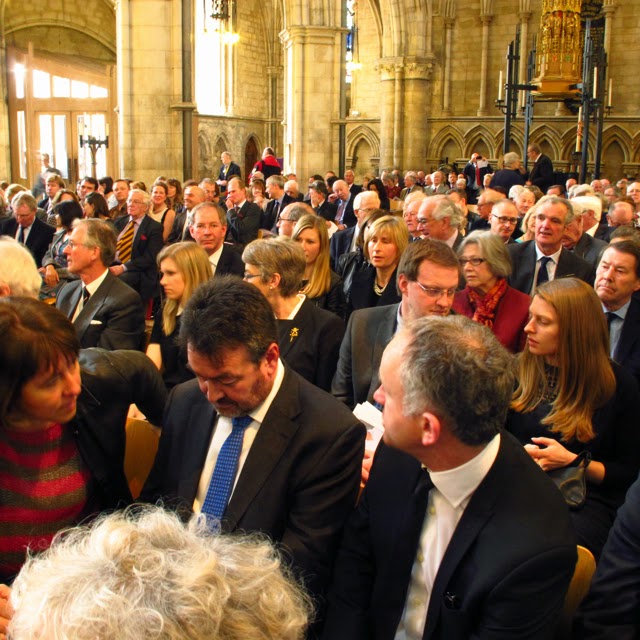 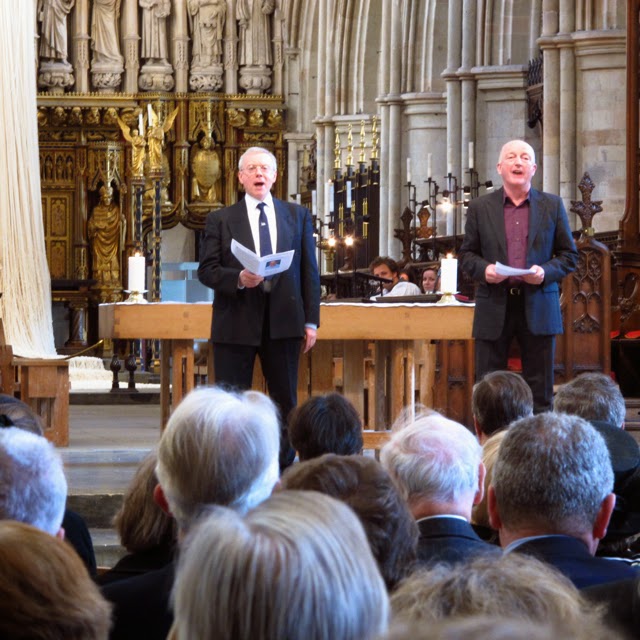 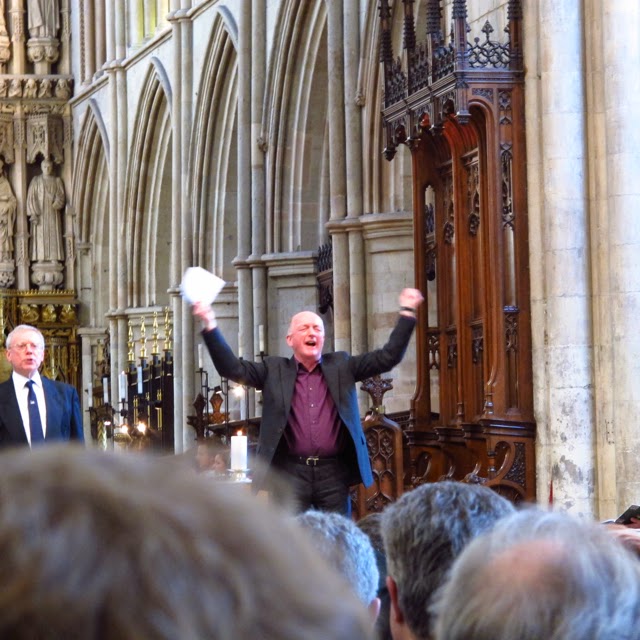 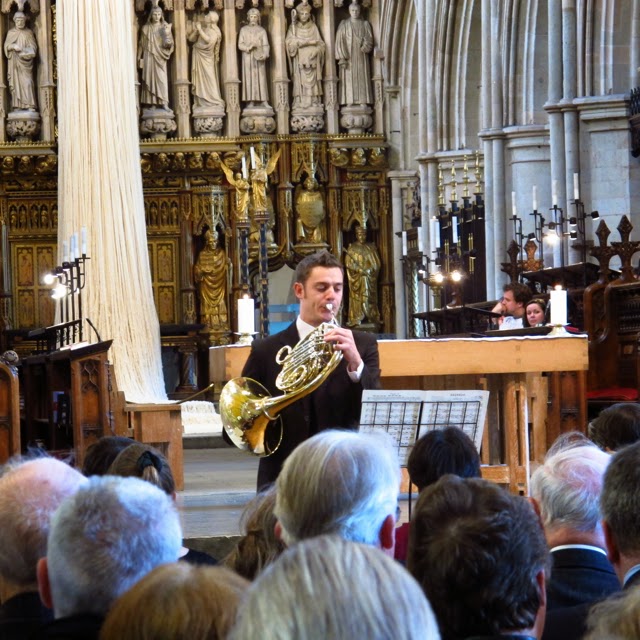 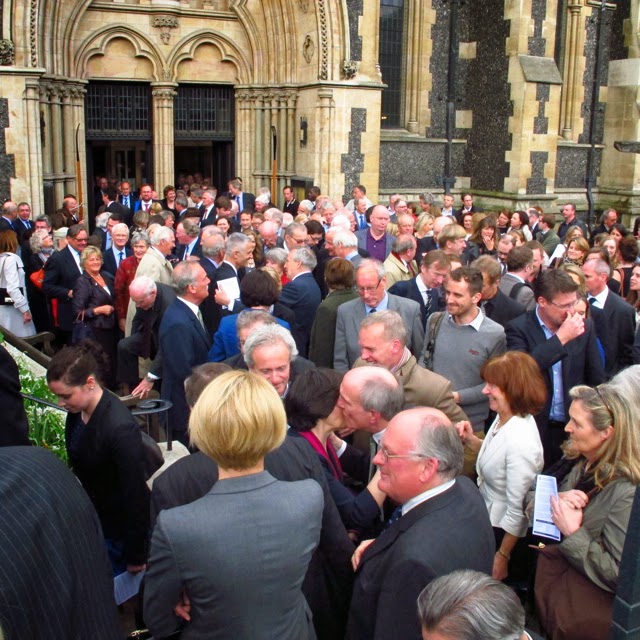 A massed, slow exit from the Cathedral


Speeches in Vinopolis from David Cox and Lynne Cox: 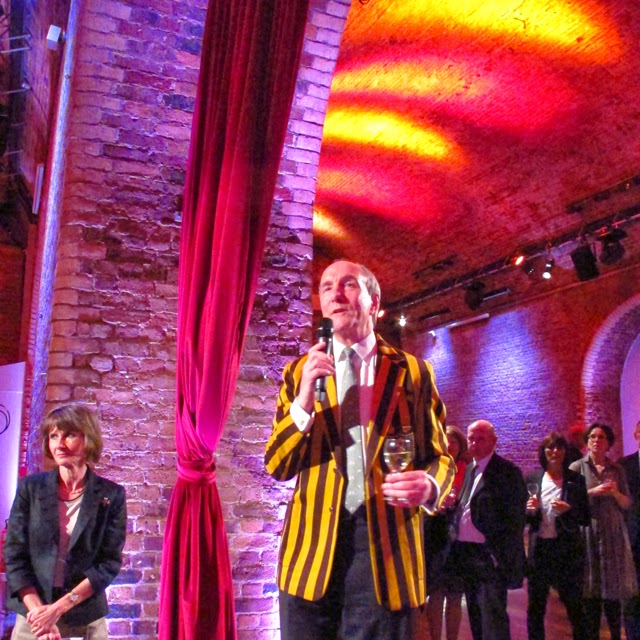 The reception@Vinopolis:
David Cox with Lynne Cox, Michael's wife, to the left 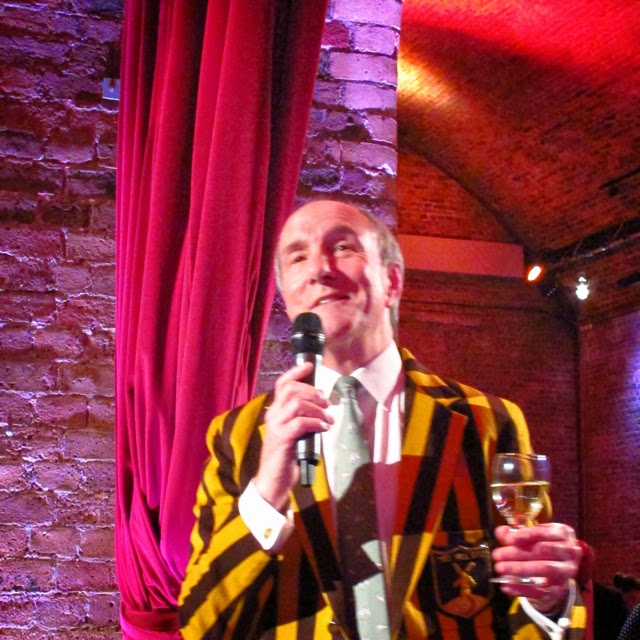 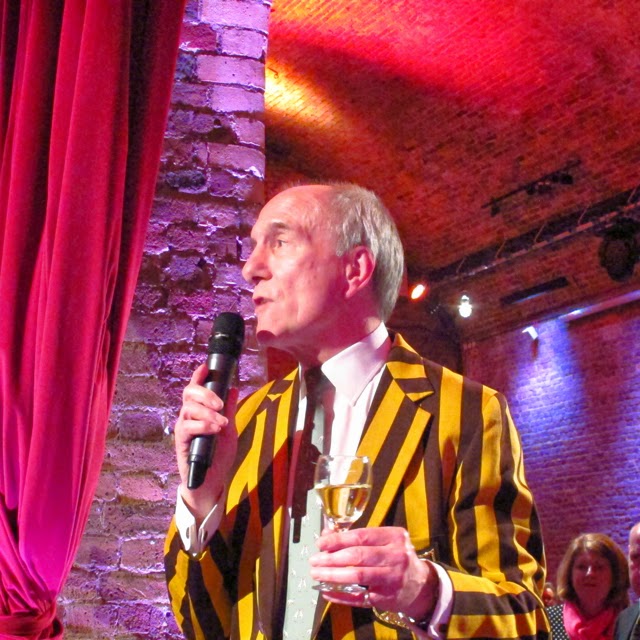 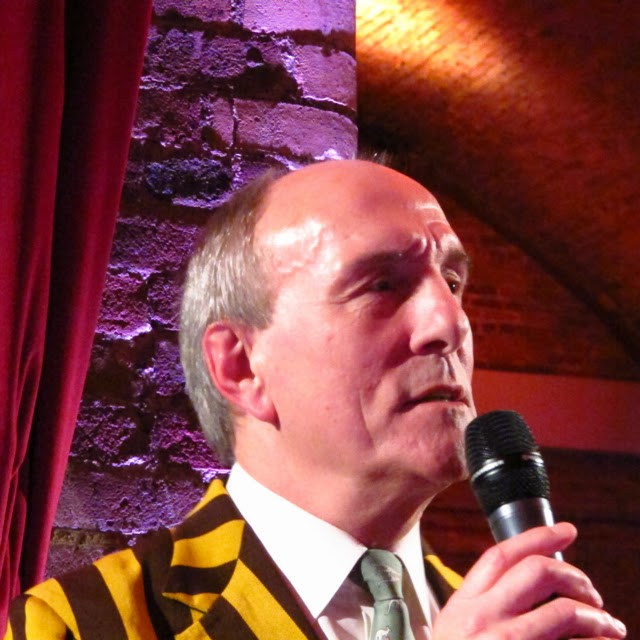 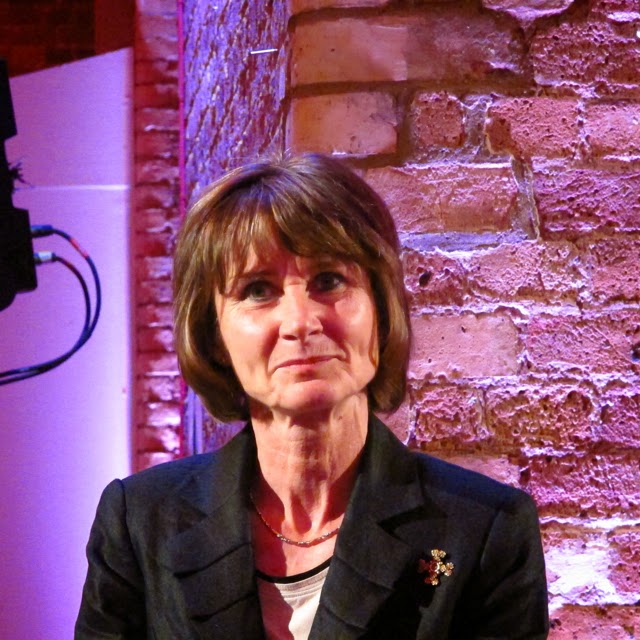 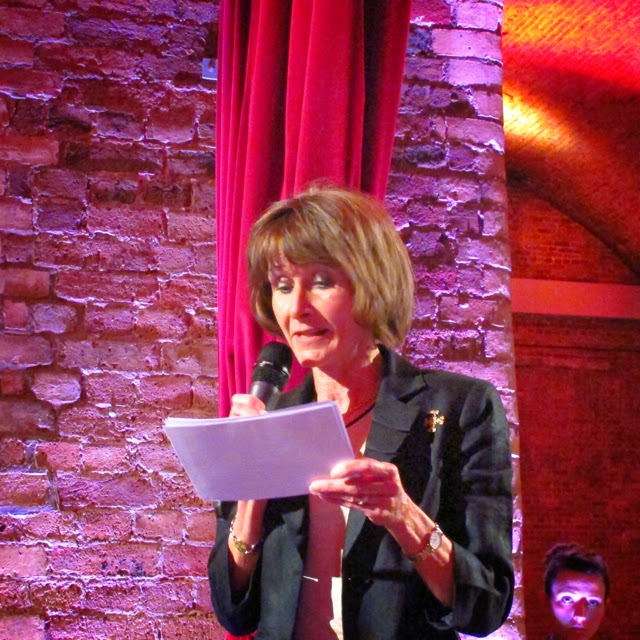 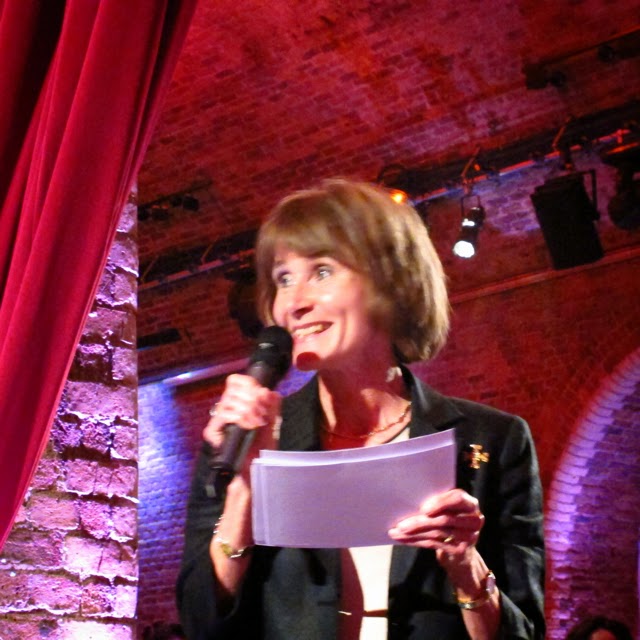 Vinopolis kindly made their Grand Halls available for the reception.

Jim, sincere and heartfelt thanks for this, from just one of Michael's many overseas friends who could only be there today in spirit.
SM

Many thanks Sal. Will add more from the tributes tomorrow. Jim

There once was a wine fellow called Michael
Who attended each Benevolent Ball;
He danced all the night
With great poise and delight;
Serving 'Tatty' at The Vintner's Hall

(in loving memory of Michael Cox, by Fran Bridgewater)

Many thanks France and Charles. Jim

Thank you, Jim. Sadly, logistics got in the way so I couldn't fly over yesterday, but I thought of you all throughout the day.
Thank you for posting this. It looks like a very special day to celebrate a VERY special man.