'Michael – a tribute' by David Cox 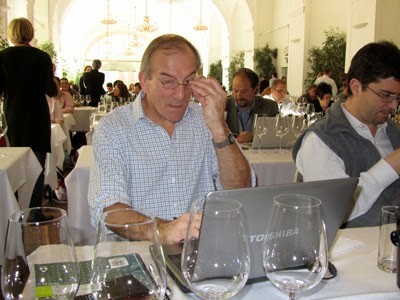 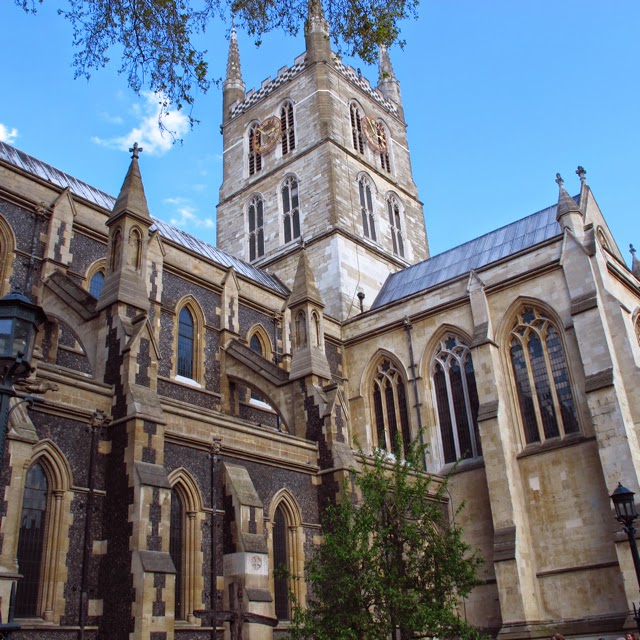 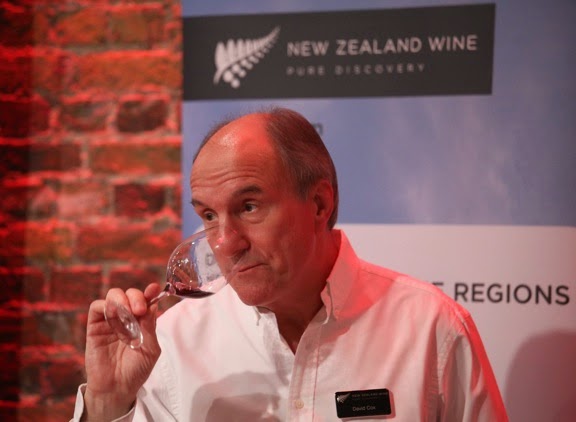 'I have lost my best friend and my other half and I am missing you terribly.'

David Cox's tribute to his elder twin brother given at the memorial service for Michael Cox on Thursday 10th April 2014:


"Actually, I shouldn’t be here. Just a few weeks before Michael died and during an emotional discussion about his fate, I said “is there anything I can do”?  He gave me a sideways look, did that ‘raised eyebrow’ thing that he was known for and with a serious tone said “well, we’ve done pretty much everything together in life and so the least you can do is come with me when I go”.

I said, hmmm…. OK but I reminded him that I was born 7 minutes after him and so I would be 7 minutes behind him but, I did also say…….er…….don’t look over your shoulder!  This type of remark of his became a bit of a trademark in the latter days of his illness and he called it his ‘gallows humour’, a phrase coined by his dear friend and ex-colleague, Guy Wilkes, who worked at Negociants UK and who died, like Michael, way sooner than he should have.

As so many of his friends and colleagues will attest, it was his warmth and charm, his witty twinkle-in-the-eye humour that endeared him to so many. This, plus his ability to perform party tricks and dubious rugby club games even when in the most esteemed of company. Although, I am not sure that quite stretched to showing her Majesty The Queen how to ‘drop the penny’ when greeting her as Swan Warden at The Vintners’ Company. But it was those party tricks, sometimes sporting a very dodgy leopard-skin G-string (don’t ask), amongst so many other attributes, that appealed to the Aussies when he worked with Yalumba before his years with Wines of Chile. The Aussies adored his Pommie ways and traditions, his love of sport, his respect for hard work and he loved their ‘gung-ho, let’s take on the world and win attitude and their quick acerbic wit. They could have just called him ‘a great bloke’ but instead it was Robert Hill-Smith, the owner of Yalumba who first gave him the moniker ‘Lord Ucker of Ukerdom’.

But is that it?  Just a witty, charming and playful chap?  No, there was so much more to this man. I should know. I’ve known him longer than anyone.  You see, we shared a room together even before we were born! Yes, he used to tease me about how much more of the amniotic fluid he got but it must have been a pretty good vintage because he became a man who managed to be quite a legend.  Michael in his lifetime really has gained the respect, the admiration and the love of all who came into contact with him. Certainly this applies to Lynne, to his children, Jocie and Henry and to his sister Susan and brother Andrew and definitely to me.

There were common phrases used by so many in the hundreds of letters, cards, emails and event tweets that were sent after his death in February.

'One of the most influential and passionate advocates in a generation'

'The trade has lost one of its pillars'

And I did love Simon Legge’s typically idiosyncratic, cricketing analogy -   “Some occupy the crease for a long time but achieve very little but Michael’s swashbuckling innings turned so many heads and achieved so much”

Many also mentioned their admiration for his fitness, his determination and drive, his sartorial elegance and style. In fact the tributes were so effusive I did hear Lynne say the other day “crikey, they obviously didn’t ever see him in his slobby tracky bottoms being exceedingly grumpy”!

But knowing Michael has left us richer. However, I’m not sure I can say the same for his ability to become rich.  During his days at Prep School, aged about nine, he wrote a letter to his parents saying…..and this is the actual letter!

If only he had kept that business sense!  Many years later, Michael actually became the proud owner of an extremely smart red ‘E’ Type Jaguar. Ironically when he sold it he made a rather heavy loss.

Speaking of school days reminded me that when we were both due to attend nursery school, they only had one place available and so for a full term we went on alternate days. The teachers had no idea which Cox twin they had on any given day and even when we did attend together, there were many times when our Sister Susan would be called to interpret as we had developed our very own ‘twin’s language’ which no-one else could understand.

Now, years later we remember Michael for his generosity, both in terms of his commitment to increasing charitable giving through the Vintners’ Foundation and indeed to my own charity, The Benevolent, but also his generosity in mentoring people. He was always ready to give sage advice to younger members of the trade. He has been an exceptional mentor to his wonderful children, Jocie and Henry, who although they now have to face life without their father, at least they have this incredible role model as a beacon for them. A beacon of integrity, humility and bravery.

I know how they feel because Michael has taught me so much too. I came slightly later into the wine trade when I joined our family firm, Matthew Clark some 17 years after him.  I never minded that he was better known, more knowledgeable, more popular because most of the time people thought that I was him anyway! I remember one time when I was supervising a young National Account Manager to an appointment with the very glamorous but formidable Angela Mount who was then the buyer at supermarket chain Somerfield.  I had never met her before but upon entering her office she leapt up and kissed me on both cheeks, certainly impressing my sales guy until Angela rather sheepishly said “you’re not Michael are you”?

I suppose this tribute would be incomplete if I failed to make some reference to Michael’s antics, or some would say, prowess on the dance floor.  About 30 years ago Michael sustained a particularly nasty injury whilst Club Captain of Mill Hill Rugby Club, and the doctor treating Michael’s injury said that he would never be able to dance properly again………and he was right!  But seriously, this does not appear to be a view shared by 99% of the female population and, if I am honest, whilst the two of us could throw some pretty impressive moves on the dance floor, he was the King by a long shot. Less Lord Ucker, more Lord of the Dance.

Michael, your wonderful wife, your loving family and your multitude of friends and colleagues are going to miss you. I have lost my best friend and my other half and I am missing you terribly. You have shown me many things but recently you have shown me how to hug.  Amazingly, over all those years the two of us used to greet each other with a typically British hand shake but over the last few months this was replaced by an extremely rewarding man-hug.  Mind you, if you knew the vice-like grip of Michael’s hand shake, you will know that a hug is actually a lot less painful!

I want to end by quoting the last four lines from a poem that I read at Michael’s funeral service last month entitled ‘He is Gone’.

'You can remember him and only that he is gone
Or you can cherish his memory and let it live on
You can cry, close your mind, be empty and turn your back
Or you can do what he would want: smile, open your eyes, love and go on.'

Link to report on memorial service. 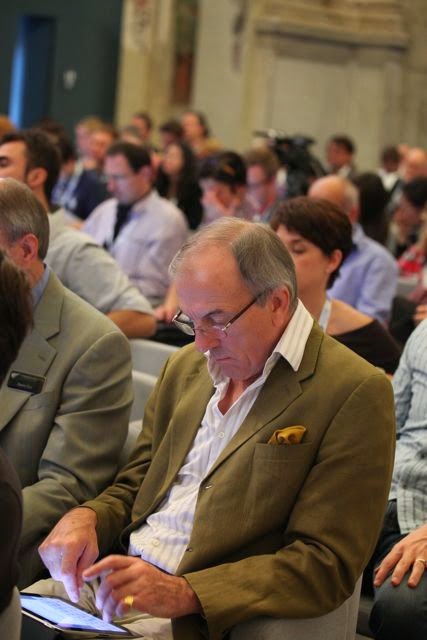