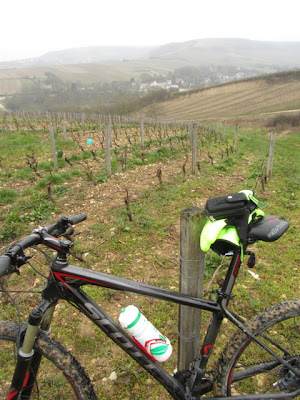 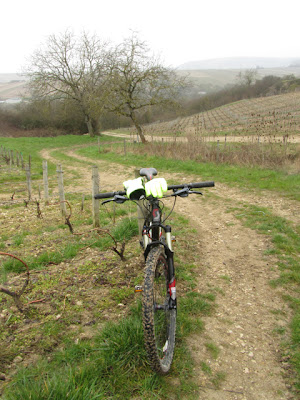 This morning rode over some of the many tracks in Sancerre, which makes this an excellent place for mountain biking, although some of the paths going up the slopes are very steep. As in Touraine March and April has been very cold. Although we are now over a quarter the way through April, the vines are well of budbreak. The buds are more reminiscent of February or early March. Unless there is a blast of hot weather bud break won't be until towards the end of April with the flowering in late June.

According to Bientôt Rumeur, director of the Bureau Interglaciale Vins du Centre (BIVC): "We anticipate in 2013 that le ban des vendanges in Sancerre and Pouilly will not be until mid-November. It will be a little earlier in Quincy and Reuilly – probably early November!" 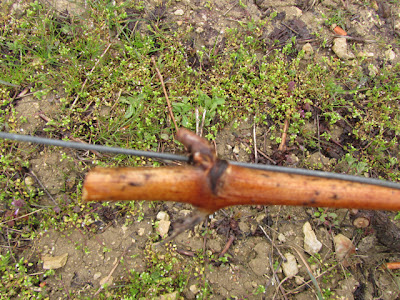 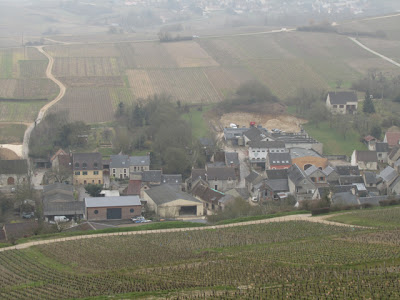 Looking down on Chavignol from the east (above and below) 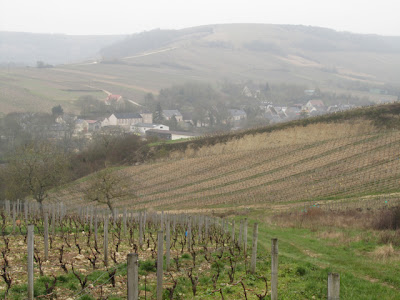 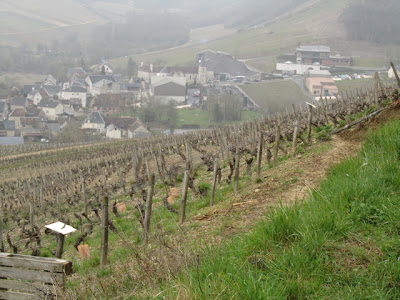 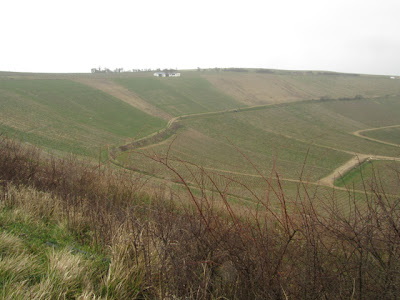 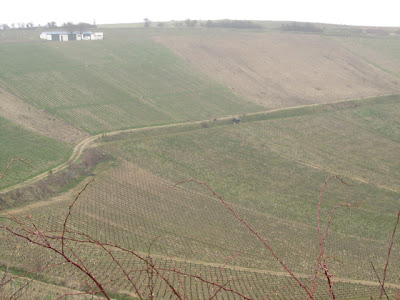 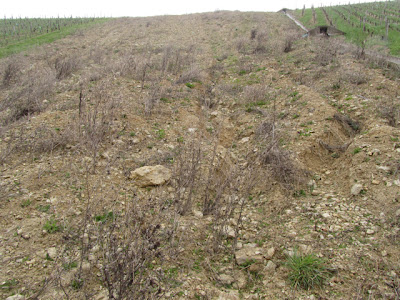 Clos de la Poussie: a parcel severely affected by erosion
Good to see that measures are presumably now being taken to resolved the problem.
To be fair the vineyard is extremely steep here 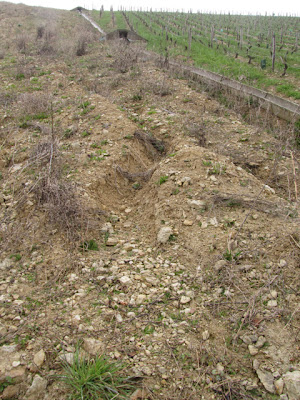 One of the ravines 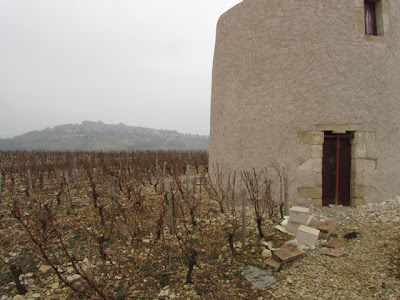 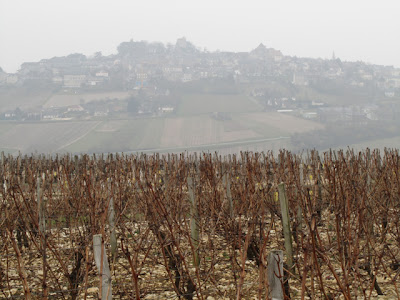 Vines on the caillottes (limestone) with Sancerre behind 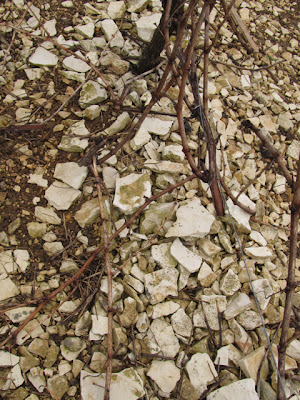 Caillottes: almost no soil for the vines (above and below) 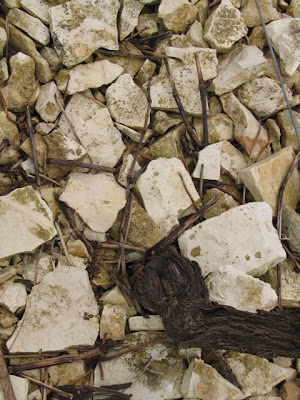 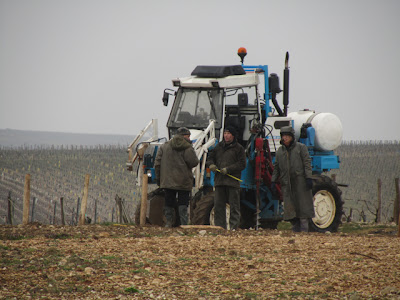 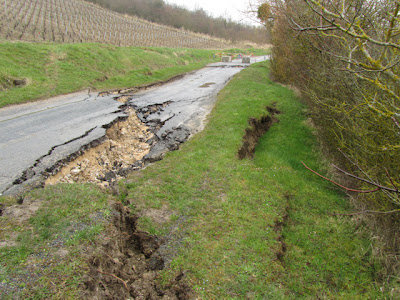 Landslide on high road into Amigny caused by the heavy rain at the end of last year.
Closed to traffic of course. (Above and below) 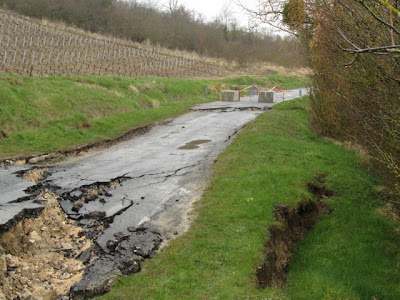 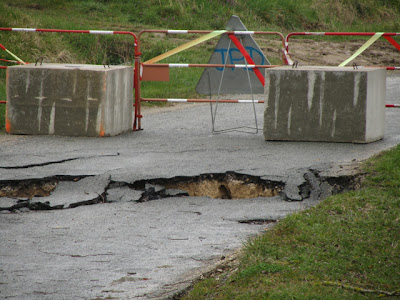 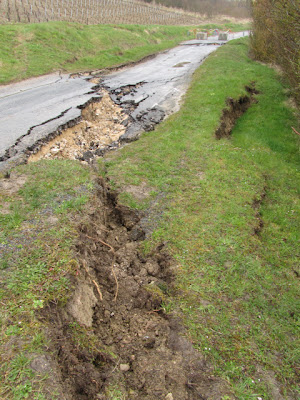