Florent Baumard: 'What Can I Say?' 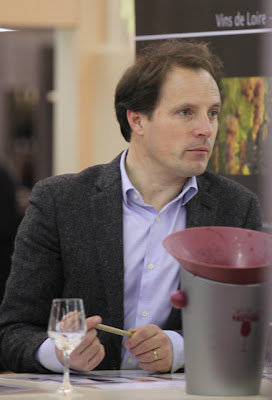 I'm pleased to see that Florent and Isabelle Baumard (Domaine des Baumard) have responded on to my recent posts about their 2012 Quarts de Chaume:

‘What Can I say?
The wine journalist Jim Budd has waged a campaign against Domaine des Baumard for 3 years now. The thrust of his ire is the concept of the innovative cold pressing technique and what he perceives to be an injust advantage that Domain Baumard has over other growers in the region.’

I was hoping to be able to link directly to their response but as it is a pdf document Google Blogger has unfortunately declined to oblige. However, links to the French and English versions can be found through the Domaine Baumard account on twitter here.

I also welcome their invitation to see the 2013 Quarts de Chaume harvest at Domaine des Baumard. I continue to be happy to meet Florent. Indeed I tried to make arrangements to meet him either in March/April or June on the first morning of this year's Salon des Vins de Loire.

It would be good if Florent Baumard took this opportunity to give a little more detail about their 2012 harvest in the Quarts de Chaume:

a) At the time of picking what was the average potential alcohol of the grapes from the 1er tri picked 15th or 16th October?

b) At the time of picking what was the average potential alcohol of the grapes from the 2eme tri picked around 25th October?

c) What percentage of your total Quarts de Chaume harvest did the 1er tri represent?

d) What was the total volume of grapes picked during the two tris and from what area of vines?

e) What is the exact volume of 2012 Quarts de Chaume that you have declared and from what area of vines?

f) You say: ‘Judicious and laborious manual selection, in conjunction with cold pressing, has produced juices in 2012 that meet the criteria of the AOC.'