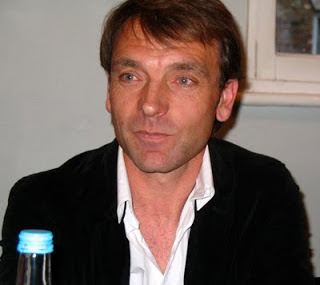 A week after Fred died in a ULM crash at Saumur Airport on 31st August I still haven't come to terms with his sudden and shocking death. An article (Décès de Frédéric Mabileau : la défaillance technique écartée) in La Nouvelle République (4.9.2020) says that a mechanical fault in the ULM, which Fred was apparently in the process of buying has been ruled out. This after an autopsy in Angers the NR says leaves two possibilities either that Fred was suddenly taken ill or he lost control of the ULM. Although the ULM caught fire once it had crashed he was apparently already dead before the fire broken out – a small consolation that he did not burn to death.

Fred's funeral will be held on Wednesday 9th September in Saint-Nicolas-de-Bourgueil at 10 am. Due to Covid-19 there are currently restrictions on the number of people who can attend a funeral.

Here are some photos of Fred taken over a number of years, which recall much happier times. 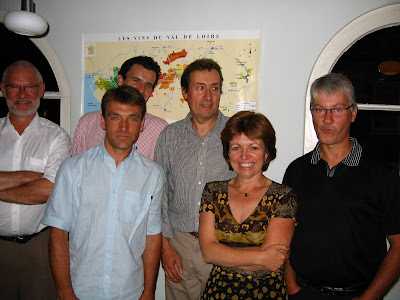 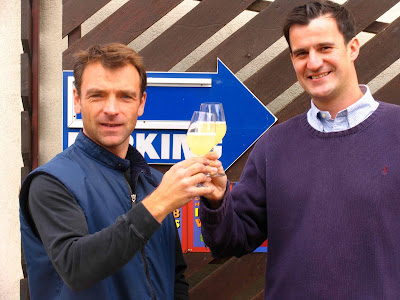 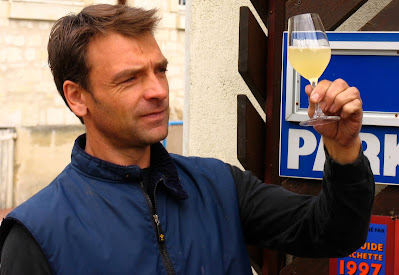 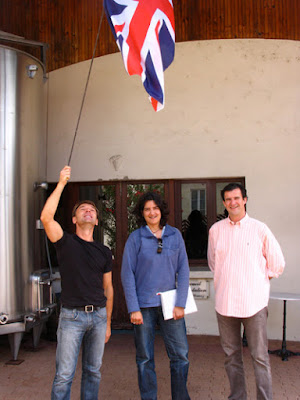 2008: Fred and Thomas with Sarah Ahmed
(The Wine Detective) 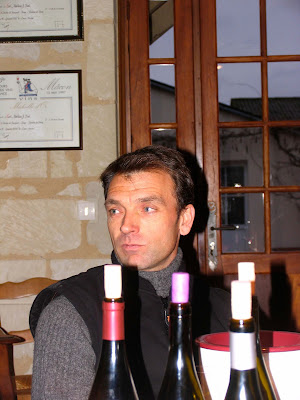 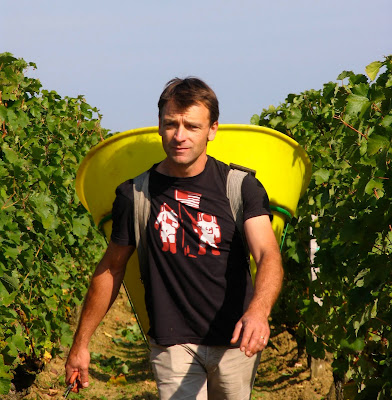 Below Fred emptying his hod 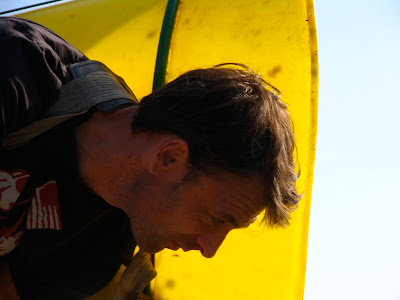 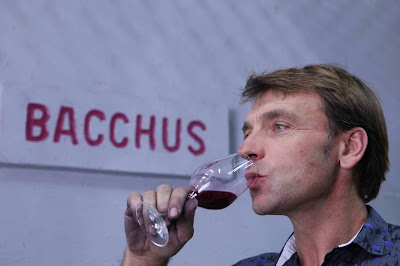 Fred, a glass of Saint-Nicolas-de-Bourgueil and Bacchus 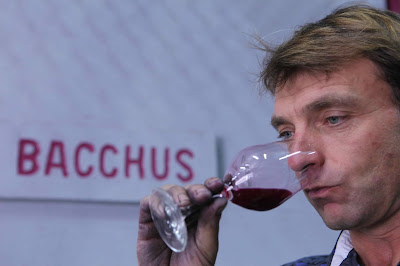 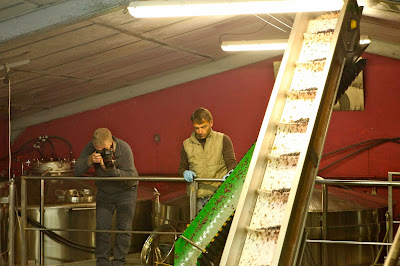 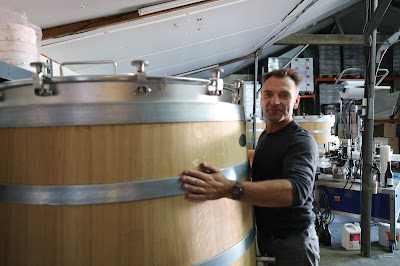 Frédéric Mabileau with his new foudre
taken during the 2018 harvest