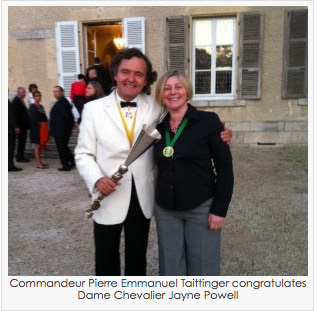 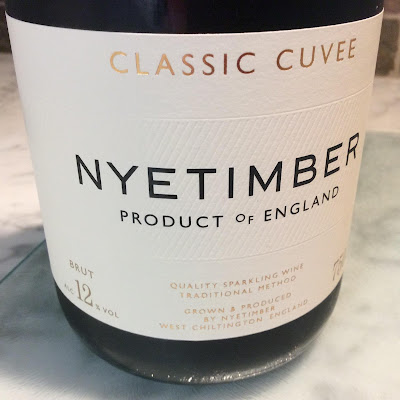 Unless the CIVC appeal, their court case against Jayne Powell (aka Champagne Jayne) is finished – 'settled by consent'. In an order from the Federal Court in Melbourne dated 23rd December 2015 Powell has agreed not to call herself a Champagne Ambassador and to make it clear that when she mentions other sparkling wines on social media.

Jayne is not allowed to speak to the media before the end of February 2016 when the appeal period finishes. The possibility of an appeal is presumably theoretical as the case has been settled by consent. Full details of the order below.

No details of costs known at present. Also the CIVC's objection to the Champagne Jayne trademark is a separate issue and as far as I know has yet to be resolved.

This is surely a very small sop for the CIVC in what ought to be a hugely embarrassing defeat for the CIVC and the Champagne producers. Surely all this could have been agreed without the need to go to court.

Huge credit to Jayne Powell for standing up to the CIVC bully boys at huge emotional and financial cost to herself. It shows that you don't have to cave into corporate bullies. Furthermore I hope it will make other concerns think before engaging in bullying small businesses.

I note that the order makes no mention of how Jayne is to make it clear that a sparkling wine is not Champagne, so here are some hashtags which should make the distinction evident.

Details of the order:

UPON THE RESPONDENT undertaking to the Court that she will not in future use the word “ambassador” to describe herself or her services (or cause herself to be so described) in conjunction with the words “champagne” or “champagne jayne” unless excused by the Court,


THE COURT ORDERS BY CONSENT THAT:

In these orders:
Champagne Wines means wines produced in the Champagne region of France, made in accordance with French laws and entitled under those laws to bear the name CHAMPAGNE.

(a)     Annexure RJP-4 to the affidavit of Rachel Jayne Powell affirmed 18 November 2015; and
(b)    CONFIDENTIAL Annexures SMS-5 to SMS-8 inclusive to the affidavit of Stephen Marcus Stern sworn 26 November 2015.
Social Media means a space constrained online social networking site, and for the avoidance of doubt excludes blogs or websites such as the Champagne Jayne website.

1.     The Respondent be permanently restrained from posting items on:
(a)     her @champagnejayne Twitter account;
(b)    her Instagram account known as “champagnejayne”;
(c)     her Vine account known as “Champagne Jayne”;
(d)    her Facebook account known as “Champagne Jayne”; and
(e)     any other Social Media account known as “Champagne Jayne” of which the Respondent is account holder now or in the future,
referring to wines which are not Champagne Wines without clearly stating that they are not Champagne Wines.
2.       Pursuant to Part VAA of the Federal Court of Australia Act 1976 (Cth) and by reason of the need to prevent prejudice to the proper administration of justice, the Confidential Annexures be prohibited from publication except to the parties and their legal representatives until further Court order.
3.       The Confidential Annexures be placed in a sealed envelope with the annotation “not to be disclosed without the order of a Judge”.
4.       The proceeding otherwise be dismissed.

By boycotting Champagne as a whole, even for reasons that you may deem fair, Jim, aren't you unfair to small producers who never had a say in the decision to sue Mrs Powell in the first place?

Not at all anon: 'The only thing necessary for the triumph of evil is for good men to do nothing.' To date I haven't been aware of single bat's squeak from any of the small producers, who are themselves part of the CIVC.

Anon. Thanks for your comment which I won't be publishing until you provide with details to back up your assertion. You can email me on budmac@btinternet.com