Impressions of Macedonia (The Republic) 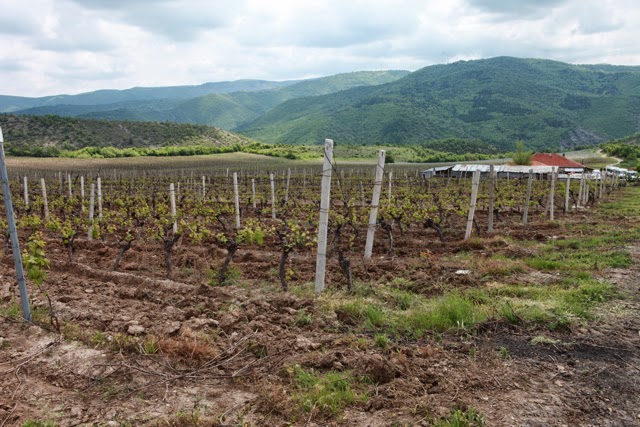 Tikves' Barovo vineyards – 600 metres up
in remote but scenic country 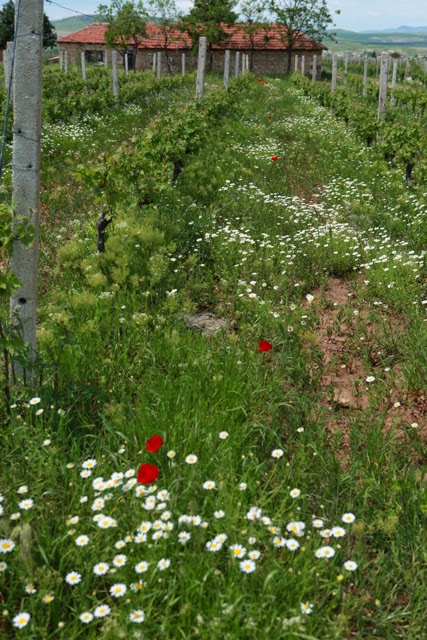 Wonderful profusion of Spring flowers in an Ezimit vineyard

"Oh! Do they make wine in Macedonia then?" was a not uncommon reaction when I said I was on a press trip to the Republic of Macedonia. Yet wine has been made here for some 4000 years – many years before the first vineyards in France were established. Later it was a major wine supplier during the Roman Empire.

Indeed there is a recent theory that Alexander the Great may have been murdered in 323BC while in Babylon by drinking a ‘wine’ made from Veratrum album, a poisonous plant from the lily family also known as white or false hellebore. (http://www.independent.co.uk/news/science/mystery-of-alexander-the-greats-death-solved-ruler-was-killed-by-toxic-wine-claim-scientists-9054625.html).

Curiously in the UK we often seem to have a blind spot when thinking of the Balkan countries completely forgetting that they all have a long tradition of winemaking. Although, of course, wine making did decline dramatically during the time that Macedonia was part of the Ottoman Empire.

Our three intensive days in Macedonia was enough to get an impression of the country's viticulture and its wines. 'This blogger' joined a select, high-powered foursome - Stephen Brook, Caroline Gilby MW, Julia Harding MW and Steven Spurrier.

Visits to winery installations were kept mercifully short - we were not formally introduced to any bottling plant. Instead our focus was on the vineyards and the wines. What a joy many of the vineyards are - frequently set in areas of scenic beauty, some very remote, and often full of late spring wild flowers including poppies, daisies and cornflowers. Thankfully the use of weed killers is much more restrained than it is in parts of France, for instance Touraine. Producers mow or cultivate the rows between the vines and use weed killer or hoe under the vine.

The Republic of Macedonia (a population of 2 million) now has 33,500 hectares planted (24,777 ha of wine grapes). This is down from a high of 39,000 hectares in 1981 when the country was part of Yugoslavia and the emphasis was on quantity rather than quality. The industry is now managing the transition away from volume to quality. Recently there has been a big increase in the number of registered wineries: 81 now compared to 28 in 2003.

We visited eight wineries - Bonvin, Château Kamnik, Dalvina, Ezimit, Popov, Skovin, Stobi and Tikves. They varied in size between the 13-hectare boutique Château Kamnik established in 2004 to Tikves Winery, which was established in 1885. This makes Tikves is the country’s oldest winery. It is, also, the largest with 1000 hectares of its own vines and buying in grapes from another 3000 hectares.

All of these wineries are in The Vardar River Valley – Macedonia’s central and most important wine region. They are also all members of the Wines of Macedonia association, (www.winesofmacedonia.org/en/) whose president is Svetozar Janevski. 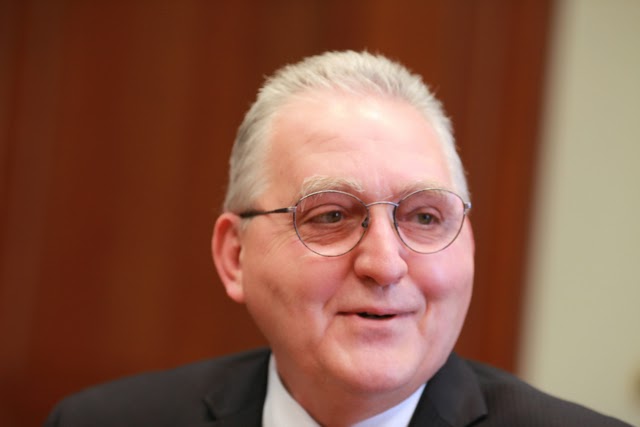 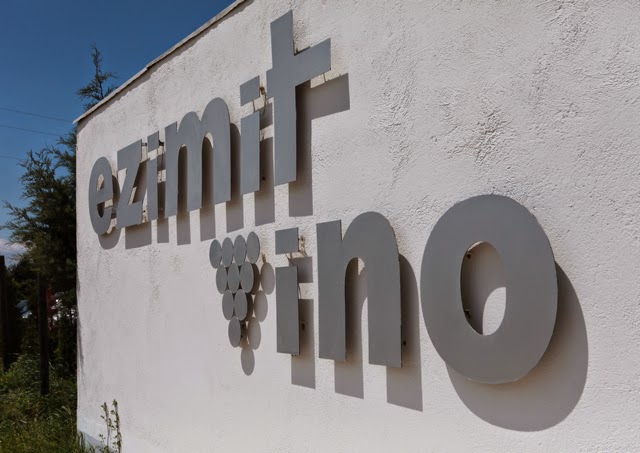 There are certainly some dynamic sizeable new wineries such as Stobi (2009 with 600ha) and Ezimit (1994 with 340 hectares). Dalvina is also recent (2006 with 370 hectares of vines including some table grapes. They have a significant block planted on very flat ground, making the Médoc look mountainous and, which, would appear stack the odds against making high quality wine. Although the Dalvina whites, made by a German wine maker, were fresh and attractive, their reds were not – all clumsy, stewed and uniform in taste.

Overall I was best impressed by these wineries: Château Kamnik, Ezimit, Popov (founded 2001 with 45 ha and a real sense of a family operation), Skovin (especially its winemaker Venera Gelebeseva Krstik), Stobi and Tikves (a very impressive operation for its size). 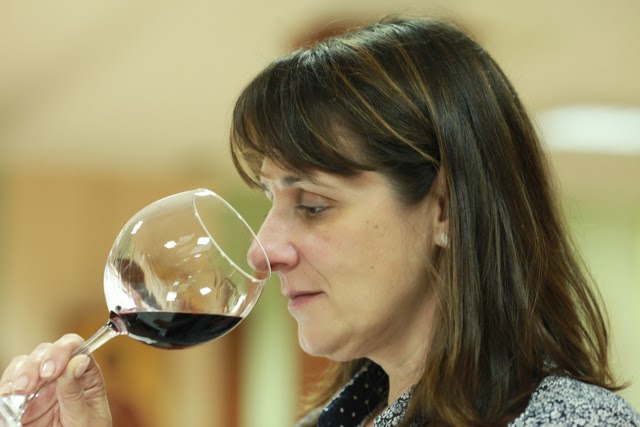 There was one nameless winery, which we visited, that, I think would benefit from a flying wine-maker giving the installation a good Spring clean.

Vines are planted between around 200 and 600 metres with an increasing interest by some companies in planting at high altitude looking for cooler nights as a relief from the hot summer days in order to preserve aromatics, acidity and to try calm the very high alcohol levels found on some of the wines, especially the reds. Lower down there is little difference between the day and night-time temperatures. EU subsidies are helping to pay for more drip irrigation, which is replacing the traditional flood irrigation.

Grapes planted are a mix of local and international varieties. The most interesting local red variety is the widely planted Vranec, which produces deep coloured, quite tannic wines with relatively high acidity. I found it works best when it retains a certain savagery and is not too tamed. It works both as a single varietal and as a significant part of a blend, perhaps with Cabernet Sauvignon and/or Petit Verdot.

Of the international varieties I found Petit Verdot, Cabernet Sauvignon with some examples of Syrah the most successful. I didn't taste a really good Pinot Noir and Merlot was the least successful red variety with the wines frequently very high in alcohol with jammy fruit. It looks like Macedonia with high summer temperatures reaching 45˚C is really not a suitable place to plant Merlot and Pinot Noir.

For the whites it was rare to find a really interesting example of a Sauvignon Blanc, although a few of the ripe style were attractive but it is very difficult to make a crisp and crunchy. Much more successful was Temjanika – elsewhere known as Muscat de Frontignan –  and I also tasted some good varietal Smederevka wines.

Often a winery's most successful wines were their entry level range. The prestige red wines tended to be over ripe with high alcohols – some well above 15% – and too much wood. A few of the oaked Chardonnays we tasted had only be aged in wood and instead fermented in stainless steel and, unsurprisingly the wine and the wood were poorly integrated.

Early arrivals – Stephen Brook, Caroline Gilby MW and myself were treated to a wonderful visit to the Roman city of Stobi and, in particular, to its fabulous mosaics. This treat was missed by Steven Spurrier and Julia Harding MW, who for some unknown and unfathomable reason preferred a true red-eye flight out of Heathrow on the Thursday morning to a more civilized journey out on the Wednesday afternoon. 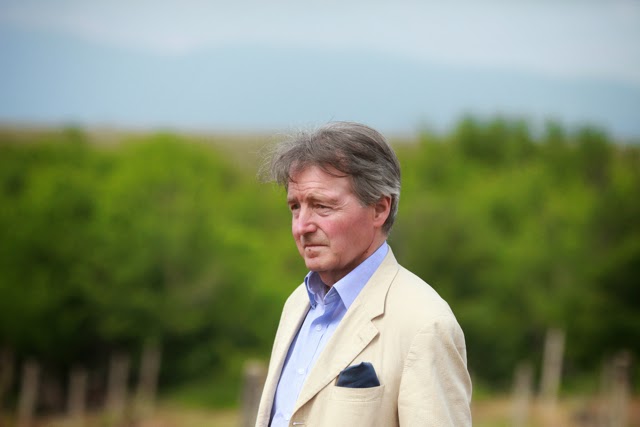 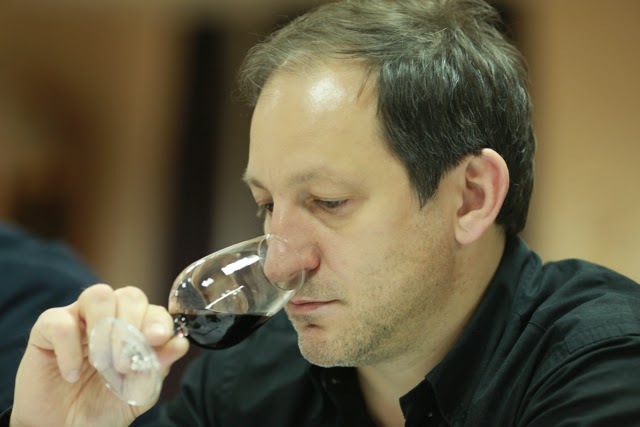 My thanks for Zoran Velkoski and Wines of Macedonia for organising our trip so well, which included detailed profiles on all of the wineries we would visit and to everyone who welcomed us so warmly. We were given an impressive amount of useful documentation before and during our visit. Information that was worth saving unlike some of the handouts given out during trips that need to be binned before flying home.

It will be fascinating to watch how the wines from the Republic of Macedonia develop over the next few years. 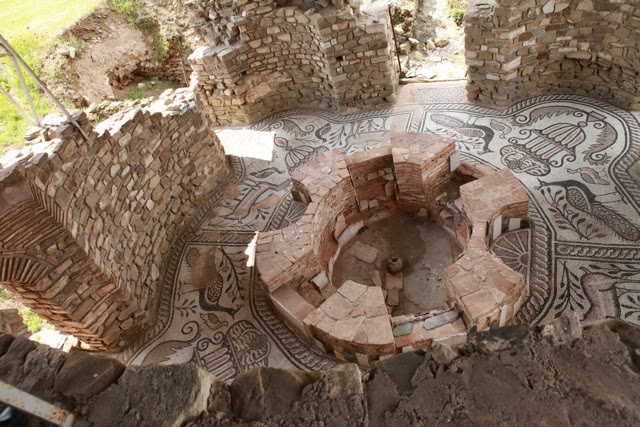 The best of the Roman mosiacs@Stobi 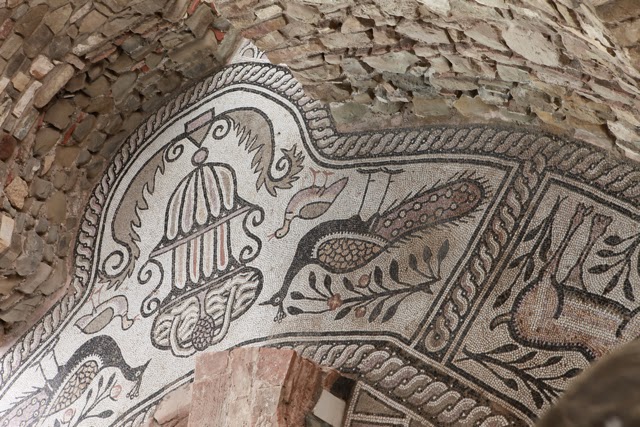