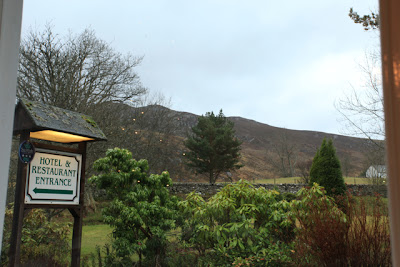 View from the sitting area

Today five of us had a fine lunch at the Monadhliath Hotel in Laggan Bridge, Laggan (Newtonmore). The hotel is in a lovely position on the road from Dalwhinnie to Spean Bridge – still attractive on a pretty foul late December day. 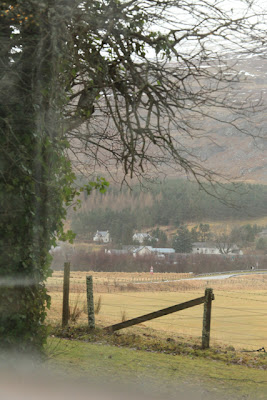 View across to Laggan from the dining room 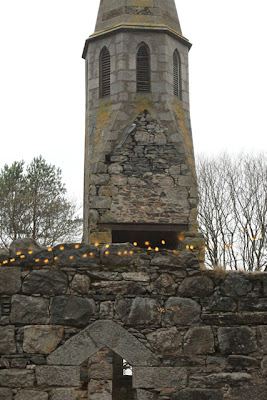 The ruined church next to the hotel, which used to be the manse 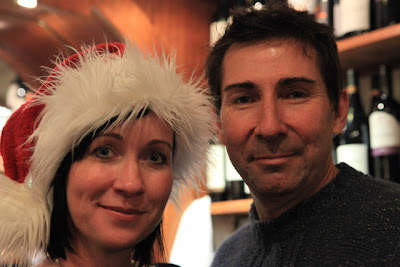 The hotel has been recently taken over by Annie and Neil Whittle, an Australian couple from just north of Brisbane. They have decided to move to the highlands of Scotland to get away from the heat in the search for a more temperate climate. They have decided that the rigours of the Highland climate suits them.  Neil was a barrister in Australia, while Annie is an interior designer.

After a lot of searching for the right place, they took over the rather run down Monadhliath Hotel at the end of October and are in the process of transforming it. Neil explained that as soon as they saw the hotel and its position they knew it was the one for them. They opened at the beginning of December.

Neil and Annie are very relaxed and welcoming*. To help me make my choice from the lunch menu I had a glass of the very refreshing and delicious 2011 Verdejo from Bodegas Diez Siglos in Rueda (£3.80 for 175ml). The Verdejo took me through the first course – lightly seared, perfectly cooked West Coast scallops. My main course – confit of duck – was equally good and a glass of the deep coloured, soft and plummy 2010 Rioja (semi-crianza), Domaine de Heredia (£4.80 for 175ml). The wines are supplied by David Young, who used to be the owner of The Cross in nearby Kingussie, which has long had a much admired wine list. Young is now with L'Art du Vin in Dunfermline, Fife.

The chef is Dave Macintosh, who has cooked in a number of places including Australia so there are no language problems! His food was very good, though admittedly it was a quiet Saturday lunchtime so he wasn't under pressure.

We will certainly go back!

(*: It wasn't until we had paid the bill that I told them I was a journalist with a blog and would like to take a few photos for them.) 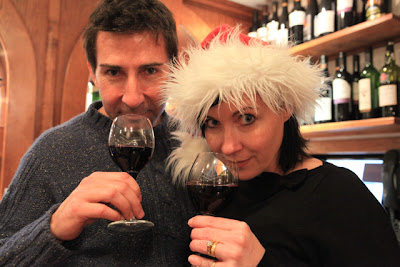 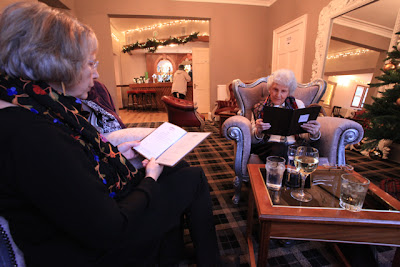 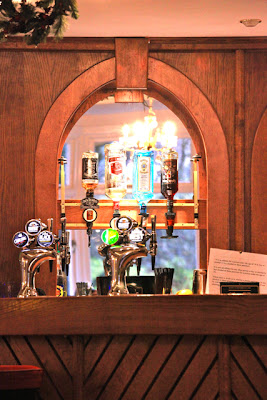 The bar (above and below) 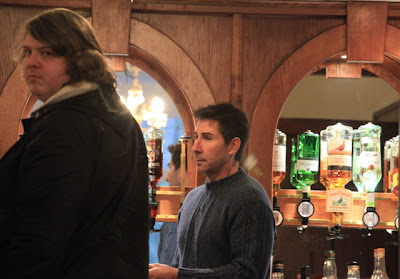 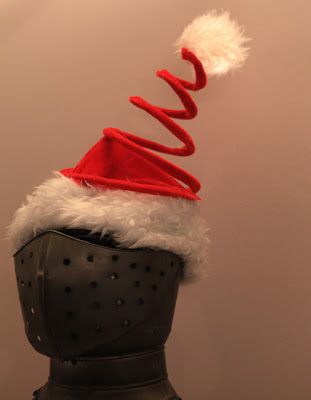 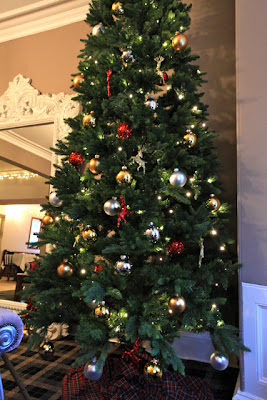 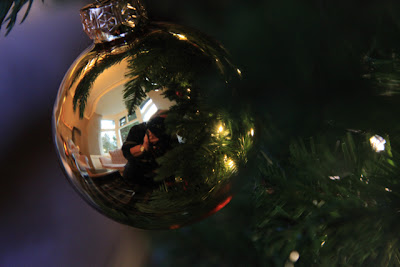