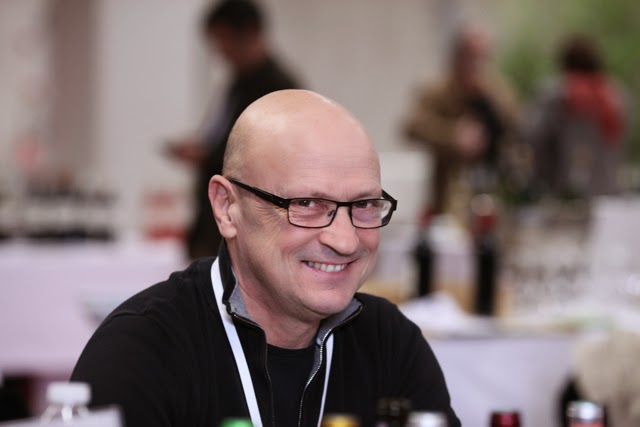 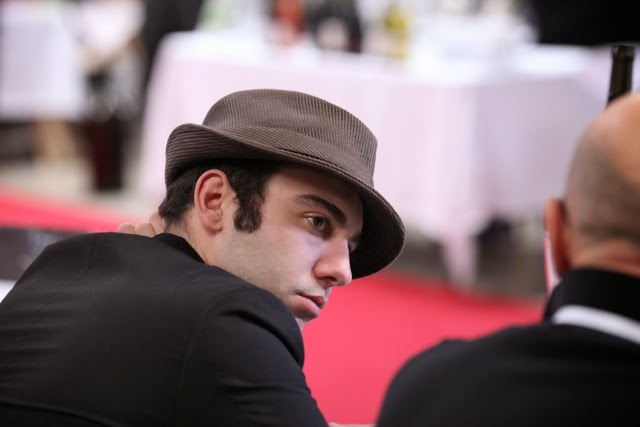 With his commercial assistant

Although by chance I bumped into Charles-Eric Pasquiers  in the lift of the Hotel Oceania in the centre of Montpellier where we were both staying latish on Monday, my first proper meeting with him and chance to catch up on the FL wines was on the Tuesday afternoon at Millesimé Bio.

Pasquiers has a considerable CV having worked for Bernard Magrez, Château Figeac and Brown Brothers in Australia before arriving at Domaine FL in December 2011. Pasquiers explained that FL are analysing their parcels and deciding which are suitable for the domaine wine and which will for the second wine.

I started with the 2012 Le Chenin La Tour de FL, Anjou Blanc - the second wine. Clean with attractive concentration and a characteristic touch of bitterness in the finish. It sells for between 5-6€. Next was the well-balanced and stylish 2010 Les Bergères Anjou Blanc. This domaine wine sells for around €10.

Pasquiers explained that FL currently has 30 ha with 15 hectares in Savennieres and the intention is to increase that to 25 hectares in the future. Overall FL will potentially come up to 50 ha.The vineyards for Anjou Blanc will be reduced to 12 hectares and they will focus on Cabernet Franc.

Of the four Savennières I tasted I particularly liked the precise and long 2009 Croix Picot, while the two 2012s Croix Picot and Chamboreau are still obviously young but looking promising. For the 2013 Chamboreau harvest they went through the vineyard three times. I also tried the Anjou Rouge - 100% Cabernet Franc and liked the soft and attractively textured 2012 Le Cochet.

We ended by talking a little about the Quarts de Chaume. Along with most other producers FL made none in 2012 and very little in 2013 - four hectolitres. Pasquiers expressed surprise that cryoselection was considered in the Quarts de Chaume as he said it was no longer used in Bordeaux. (I'm not entirely sure that cryoselection isn't still used in some Sauternes domaines especially in difficult vintages.) 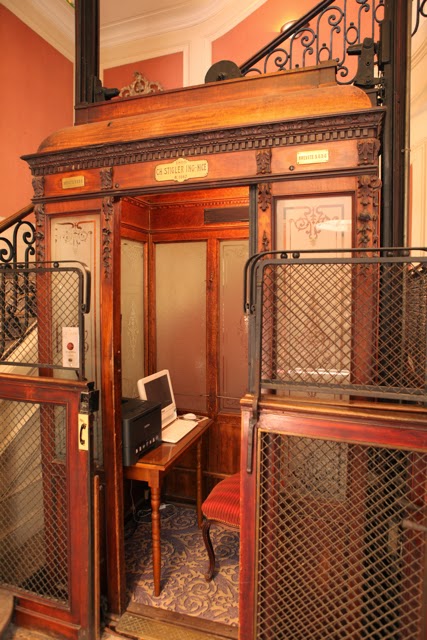 I’ve been quite busy, those last few years. I’ve vaguely been aware Pierre-Yves and Yves Soulez experienced troubles managing Chamboureau (and also “internecine”) but did not know the property had been lost. The same reasoning holds true for Jo Pithon, whom I knew long before I met his brother ... who is almost my vineyard neighbour.
What is “FL”? Never heard of at the time I still was a frequent visitor of Anjou ... some 10 years ago. Gosh, I’m getting old.

Luc. Domaine FL was originally a partnership between Jo Pithon and businessman Philippe Fournier until they went their separate ways.

Thank you, Jim. Reading you, it seems they’ve kept the good stuff going. I was a fan of Chamboureau’s wines of old and drank lots of them in my bl.... life, as they were good value. Apart from them, I used to visit sweet Mr. Roussier (even after Claude Papin took over) and Mme Laroche. “Sailing” Sarthe and Mayenne on a hired boat, we even stopped at the Bizard’s on that occasion. The party? My Mum and Dad (he’s gone now), Johan and Loïc as well as “La Loute” and her mother, plus faithfull old Gordon Setter (Nelson by name!). The latter was in charge of handling the locks!
At the time of writing, I’m sipping out of a deep tulip-shaped glass a golden Epiré 1985 Cuvée Spéciale, my very last bottle, which used to be off-dry but does not taste so any longer – although I suspect the residual sugar has not changed, analytically. The cork came in 3 pieces and the level was a bit low. But the wine shows beautifully well ... in the mouth of an old Savennières-lover, that is.
To your health, Jim.
PS: I was wrong, 10 minutes after opening the bottle, it has become even better: GREAT with a subtle acidic/honey-like finish to it.

Chamboreau's chai was unbelievable - a mini-Rayas! FL has a new winery just out of Rochefort off road to Layon.