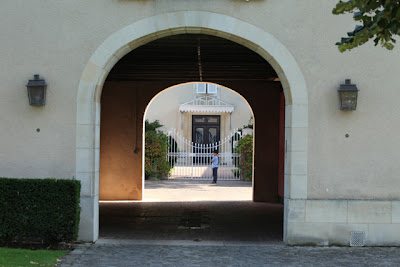 Double your money with 1855! Yes it sounds incredible but with the right legal advice it can happen as RD, an 1855 client, discovered yesterday at the Tribunal d'Instance. 2376€ has grown to 5649.40€, an increase of nearly 138%! This is just above the current value of the wines that 1855 has failed to deliver.

Like all too many of 1855's clients, RH ordered and paid for five cases of Bordeaux en primeur: three cases of 2005 – Rauzan-Ségla, Lynch-Bages and Kirwan – and then a case of 2008 Giscours, which he ordered from Châteauonline. RH paid 2376€. This was part of a much larger order that 1855 delivered in dribs and drabs and involved earlier court action. When 1855 failed to deliver these remaining wines RD decided to take the company to court again. He employed the services of Gwendoline Cattier of Deprez Guignot Associés, who already has a track record of success in cases against 1855.

The hearing at the Tribunal d'Instance in Paris was yesterday. A few hours before the hearing 1855's lawyers offered 5649.40€ as settlement of the claim. This includes vat and transport, which RH had not paid.

RD accepted the offer on the advice of Cattier and the following was agreed at court yesterday:


It was agreed that RD would receive in compensation double what he had paid for the 2005 and 2008 primeurs. Part of this agreed sum should be paid before the end of April

There should be a new court hearing after 31st July to see if the RD’s 2009 primeurs had been delivered.

In addition to the 2005 and 2008 en primeur, RD also ordered some 2009s from 1855 and Châteauonline. 1855's lawyers have argued that these might still turn up, so for the moment they are not included as part of the compensation package agreed. It is, however, clear for the offer by 1855's lawyers that at least part of the 2008 en primeurs ordered by customers have not been paid for by 1855, whether or not they placed orders.

It remains to be seen whether this will be the same for the 2009 en primeurs ordered through the 1855 group. It is also clear from this example that it is worth taking 1855 to court provided you employ a lawyer who is conversant with this shower's modus operandi (or non-operandi!). It is also clear that, long-term, these sorts of settlement are a suicidal business plan unless Emeric Sauty de Chalon and Fabien Hyon can persuade Jean-Pierre Meyers to continue to empty his pockets to keep this scam afloat.