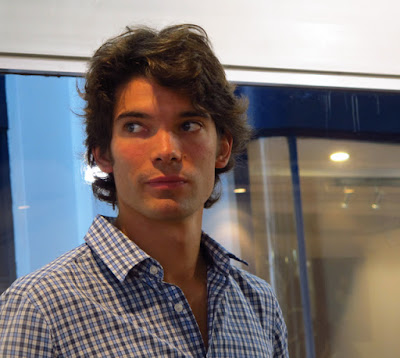 
It was a pleasure to meet Matthieu Delaporte, who is now in charge of Domaine Vincent Delaporte in Chavignol (Sancerre), at Lea & Sandeman's autumn tasting in central London today.


The domaine now has 30 hectares of vines after incorporating the 10 ha owned by Matthieu's uncle, Alain Delaporte, who has now retired. "Alain just grew the grapes and sold everything to Henri Bourgeois," Matthieu explained. "We were afraid when Alain retired that his vines would be bought by a large producer or by someone outside the appellation, so we are very pleased to have kept them within the family."

Incorporating Alain Delaporte's vines into Domaine Vincent Delaporte has brought in two top quality single vineyards – around 1.5 hectares on the famous Côte des Monts Damnés and around one hectare planted with Pinot Noir at the top of the equally steep but perhaps less famous Cul de Beaujeu. This is the sole plot of Pinot Noir on the Cul, so tasting Matthieu's 2012 Sancerre Rouge Cul de Beaujeu was a real first for me. The 2012 is the first vintage of this wine and Matthieu made only 10 barriques.

As well as expanding the vineyards the underground chai has recently been renovated.

Matthieu is heading back to Chavignol this evening as they start picking tomorrow. This year everything will be hand picked by a team of 80 pickers – all the grapes will go into small cases. During today's tasting he was interrogating his father on the phone checking that everything, including the press, was ready for the off. 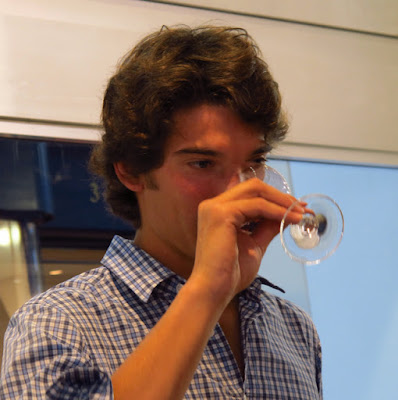 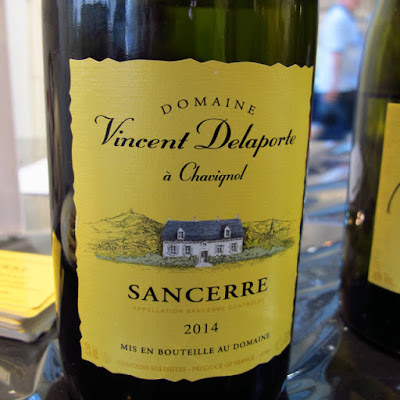 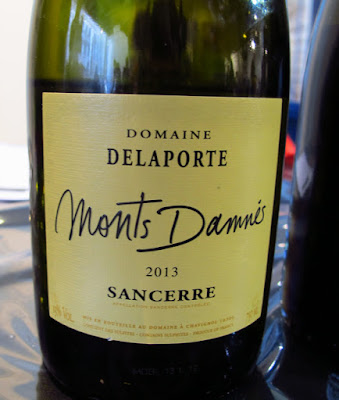 2013 Monts Damnés, Sancerre Blanc
Leaner than the 2014 domaine but very precise and long.
Will gain further complexity with more time in bottle 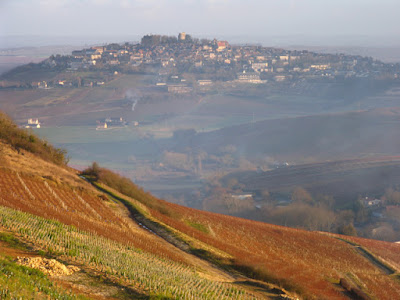 Part of Les Monts Damnés
with town of Sancerre in distance 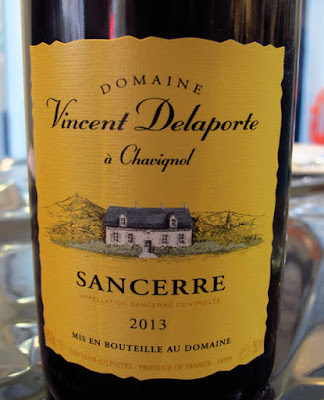 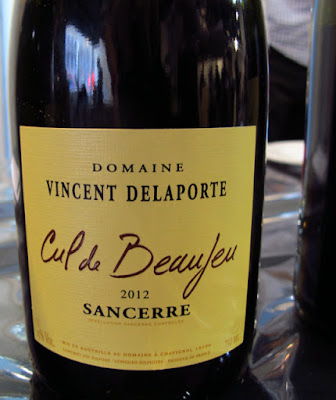 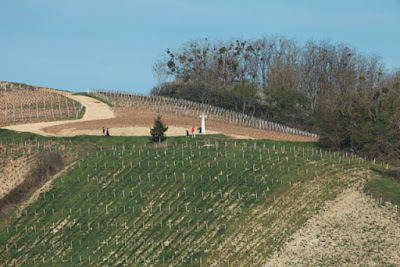 Perhaps inevitably for the first vintage, with new wooden vats bought specially, Matthieu's 2012 Cul de Beaujeu is more marked by toasted wood than he would like – but then he is refreshingly honest enough to acknowledge this. Yes it is quite toasty and spicy on the nose and palate but another couple of years in bottle is likely to integrate the wood, which in any case is not excessive. It will be interesting to taste the 2013 and 2014 vintages. Matthieu is close friends with Clément and Florent Pinard (Domaine Vincent Pinard in Bué) so he is in good hands!

I look forward to catching up with Matthieu in Chavignol during the vintage.