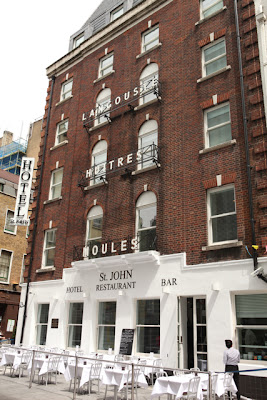 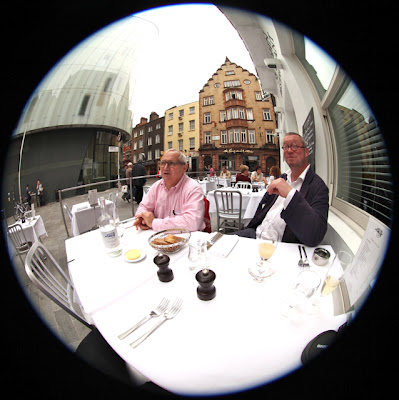 The lunch had long been arranged but serendipitously it fell on the very day that the railings were finally up after waiting a year and St John at 1 Leicester Street, London WC2 7BL could finally have an outside sitting area. Trevor Gulliver and Fergus Henderson are the co-owners and partners of the St John Hotel and restaurants.

I had arrived a few minutes before Trevor and had chosen to sit inside as it was quite hot and steamy outside with the now customary 2012 threat of rain. "It's taken a year to get this sorted! The railings are just up today, so if you don't mind we'll sit outside." So the three of us sat outside and celebrated the arrival of the railings and the terrace with a crisp and lemony glass of the St John Champagne from Avize.

Although lunch started around about one and continued until well after four, the threatened rain mainly held off – never more than a few spots at a time and it was warm enough not to matter.

Conversation ranged widely – the importance of building long-term relationships with a relatively small number of producers who you can properly represent, the new winery project at La Lavinière and the new 2011 Grenache Gris and other wines – blends or single varietals. The recession and opening the St John Hotel on the old Manzi's site, which still comes up on Google maps rather than the new hotel. "The terrace will be a very welcome addition to our capacity," said Fergus, "for as you can see the inside restaurant is quite small."  Trevor added: "The terrace will be open for breakfast – a meal we take seriously here with the cooking done by our chefs not short order personnel."

We agreed about some natural wines being both expensive and undrinkable. Trevor stressed the importance of resisting the idea of rolling out the St John concept more widely to avoid the danger of dilution.

Conversation was interrupted from time to time as passing friends hailed Trevor and Fergus. 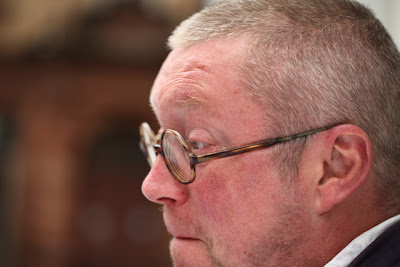 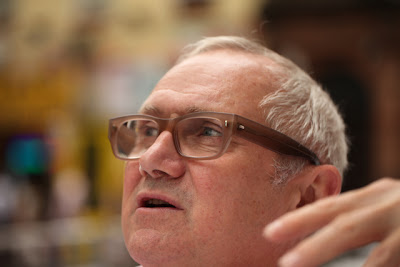 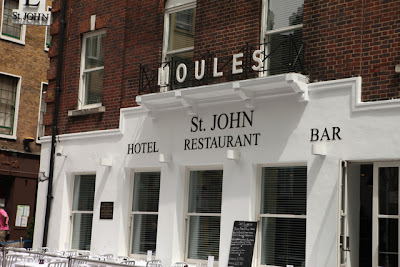 Following the glass of Champagne we looked at Hervé Bizuel's rich and concentrated 2010 Les Sorcieres, a blend of Syrah, Grenache and Carignan, from his Clos des Fées in the Roussillon. Then a very fine 2009 Givry 1er Cru Les Grands Prétans from Domaine Besson. 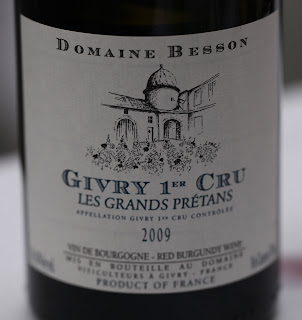 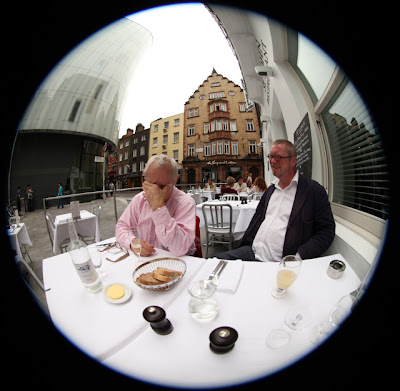 Trevor thinks: "I can't believe it. Another bloody journalist asking about our glasses!"

Well into the Givry I thought it was time to ask about the choice of glassware at St John. Trevor patiently explained the practicalities – the dishwasher, etc. It is also clear that the simple glassware is a part of the unfussy nature of St John. I understand all this but given the obvious commitment and passion that both Fergus and Trevor show in their wine selection it does seem surprising that they don't elect to have a glass that shows shows off their wines' aromas to better effect. But I'm certainly not advocating a phalanx of fragile Riedels! 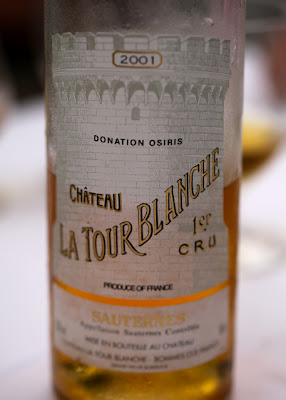 We finished our lunch with the 2001 la Tour Blanche – as elegant as the label not a heavyweight but with fine balance and a good match with my excellent Queen of Puddings.

In time it will be good to learn more about the Minervois venture.