Dinner with Michel Smith: 2 out of the 5 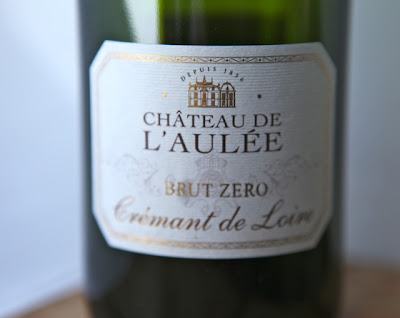 The night before the start of Les 5 du Vin's stay in Bourgueil and Saint-Nicolas-de-Bourgueil last weekend we had dinner with Michel Smith – a good opportunity to limber up for the days to come.

We started with the lemony and very good value Brut Zéro, Crémant de Loire (7.50€) from Château de l'Aulée in Azay-le-Rideau. With the salad of lettuce, lardons, mushrooms and goats' cheese we had the 2000 Le MD, Sancerre from Henri Bourgeois, which is currently showing well with some quite rich, evolved flavours and good freshness in the finish. For those who preferred a red there was Michel Smith's own delightfully easy drinking 2011 Puch from the Côtes Catalanes made from pure Carignan. 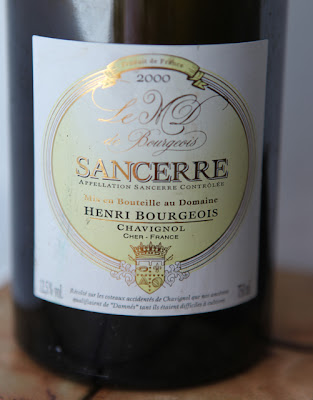 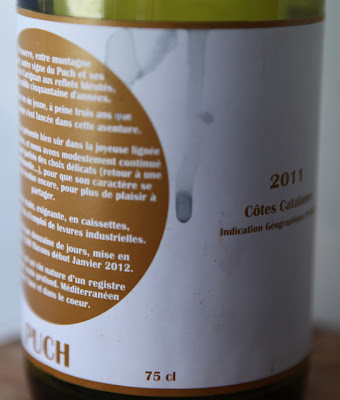 With the free-range chicken, pot roasted with garlic and lemon, we explored the 1997 Côt, AC Touraine from Le Clos Roche Blanche – still wonderfully youthful with the seductive black fruits that has always been a hallmark of the 1997 vintage. We also took a look at the fine 2003 Anjou Villages Brissac from Christophe Daviau's Domaine de Bablut. It has the richness of very ripe fruit from this heatwave year but has freshness too and shows no signs of tiring. 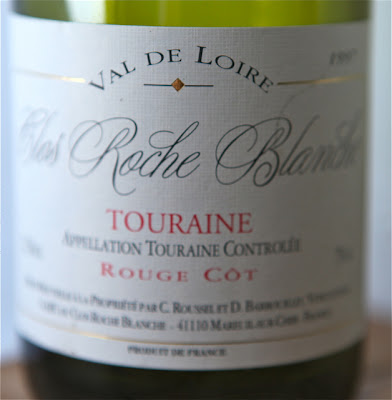 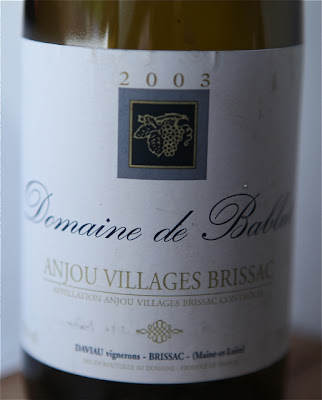 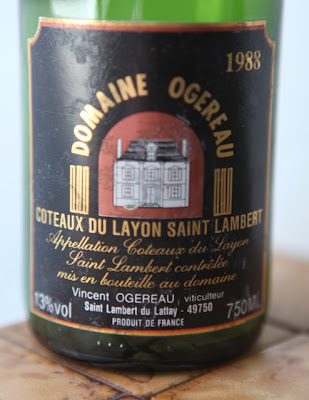 1988 has always been in the shadow of 1989 and 1990 that followed and its merits have often be overlooked. This 1988 Layon from Domaine Ogereau has lovely balance – the fruit isn't super-concentrated but there is great harmony between the citric and apricot fruit and the acidity. It reminds me of the marvellous balance that 2002 has and it went wonderfully well with the small selection of cheese. 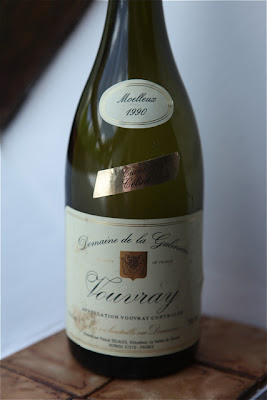 As you would expect this 1990 Delaleu Vouvray was richer than the 1988 and still very youthful. It proved to be a good match with baked peaches in Muscat and also to sip after dinner – an appropriate way to finish our soirée de la modération.
Posted by Jim's Loire at 13:04

You guys sure were thirsty... Did you two swallow all of these wines on your own or did you share them with Modération (and Epeigné's Conseil Municipal in full, and the fire department, and the post offices clerks...)?

Hervé. I have to stress again that it was an evening of dedicated research and moderation.

a) There were five of us.

b) Only the fiest bottle of sparkling wine was finished.

c) There was a jug on the table for unwanted wine.

d) The Post Office in Epeigné is only open in the morning on Thursdays.