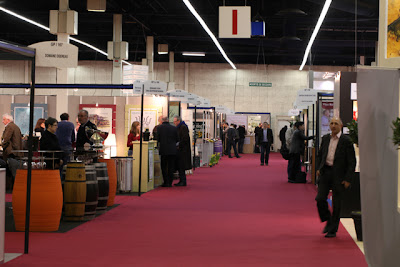 
There is no doubt that the freezing and snowy conditions had a considerable impact on the number of visitors at this year's Salon des Vins de Loire – the 25th edition. It is, however, far from the whole story. As widely predicted the failure of the various Salons-off and the Salon des Vins de Loire to coordinate their events and produce a coherent programme for visitors has proved disastrous. One has to hope this failure will not prove to be suicidal. (See my open letter to Loire organisers: December 2011).


Unfortunately each side blames the other for the week's gap this year between the Salons-Off (last weekend of January) and the Salon des Vins de Loire (6th-8th February. Over its 25 years the Salon start date has ranged between 29th January (1990) to 6th-8th February (2006 and 2012). This year the Salon might well have been better advised to opt for 30th January - 1st February as they did in 1995 and 2011. This would have produced a much more coherent programme for foreign visitors who could have started at Millésime Bio (23rd-25th January) then moved north for the various Salons-Off and stayed on for the 2012 Salon des Vins de Loire. This month also sees Vinisud in Montpellier – 20th-22nd. There were undoubtedly foreign visitors, for example Trevor Gulliver (HG Wines), a group of 20 American importers amongst them Louis Dressner Selections and Alice Feiring, who went to the various Salons-Off and then headed home before the Salon des Vins opened.

But this is all past and the essential now is that the various people organising these events stop sniping at and blaming each other and instead sit down and sort out a coherent programme for 2013. Otherwise the Loire and its producers will be the loser.


There is little time to lose for although some producers like the Vacherons (Sancerre) were happy with the quality of the people they had seen at the Salon they were other exhibitors who were disappointed and were wondering whether they would return next year or whether they wouldn't do better concentrating on fairs like Prowein. Don't wait – talk!


If there is a compelling and coherent programme for 2013, why the Salon might even manage to persuade a UK wine journalist with a column in one of our national papers to attend – the first time for at least 10 years. 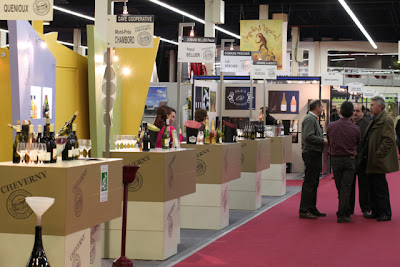 By coincidence Vincent Pousson has a post on the same theme on his blog with respect to Vinisud and its various Salons-Off. See here.

You're right. Changing the dates was damn silly - whatever the reason. I hear loads of people blaming Interloire, who tell me that it's actually Angers parc expo who decide. Personally, I'd say that the Salon des Vins de Loire is important enough to Angers and to the Parc des Expos for the interporofession to impose its own agenda.

As you say, blaming people is easy - finding scapegoats to blame for the results of a financial crisis that's only now starting to really be felt by the growers is a natural but blinkered reaction. There's a lot of serious thinking and talking to be done.

There's been a lot of buzz these last 2 or 3 years about making this a biannual event.

That could work - but only if Interloire and the BIVC (that in reality = the different appellations' syndicats) can be persuaded to use the funds they would have put into the Salon into a major Loire presence on the international stage, ie at either Vinexpo or at Prowein, with the latter option preferred by a number of UK importers. That would mean dedicating one year to the region's traditional markets (Belgium, UK, Paris and northwest France)and the alternate year an opportunity to open up to the outside world.

Finally (phew!) I couldn't agree more - the absence of the 'mainstream' UK journos is nothing short of shameful.

Recent blanket coverage of Burgundy and the corresponding total absence of any reference to the wines of the Loire lead a number of key UK buyers to comment that the wine press have been talking about the froth on top of a glass of beer while ignoring the beer itself.

The growers here are making a fantastic range of really tasty and affordable wines and it was good to see you and Chris at the show - keep up the good work!

Jim, any chance of a Top 10 from your Loire trip?