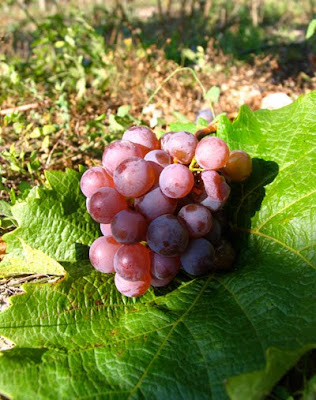 One of the last bunches of 2009 Pinot Gris – Malvoisie
A reasonably wide range of grape varieties helps to make Eastern Touraine an interesting wine region, despite the dominance of Sauvignon Blanc and Gamay. Varieties like Sauvignon Gris or Fié Gris, Pinot Gris – often called Malvoisie here, Côt, Pineau d'Aunis, Menu Pineau, Grolleau Gris and Grolleau Noir and Pinot Noir all add spice to the mix. A small range, however, in comparison to the some 250 indigenous grape varieties that Portugal has as a national treasure. 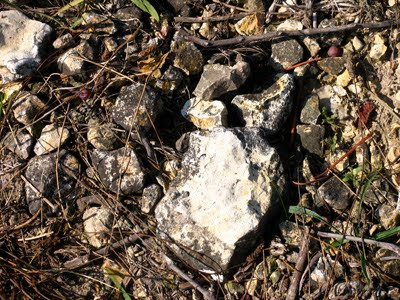 The vineyard's flinty soil
During the 2009 vintage we had a quick walk in the vineyard just behind the Clos du Porteau in Saint-Georges-sur-Cher with Isabelle and Aynard Clemont-Tonnerre. The vineyard is on the premier côte of the Cher Valley. The soil is a mix of clay and flint over a limestone base. In this part of the Loire the local term for flint is perruche. They have a number of different varieties planted here, so it was a good opportunity to take photos of them.

Pinot Gris is more commonly called Malvoisie here. What little there is planted is often used to make a late harvest wine – sweet or semi-sweet depending on the vintage and the style wanted. It is rare to find it on sale. Instead an unlabelled bottle for personal consumption is more common. Further west in the Coteaux de l'Ancenis Malvoisie is relatively common. It is one of the three Pinots used to make Noble Joué (or rosé or vin gris) – the other two are Pinot Noir and Pinot Meunier. 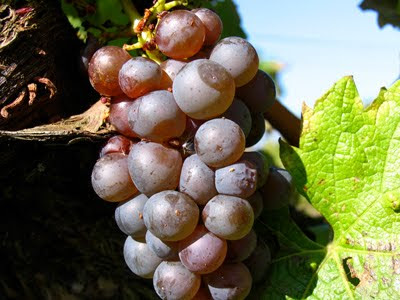 Grolleau Gris
Grolleau Gris is used to make rosé and is also a useful component in sparkling wine for the finesse of the bubbles it produces. 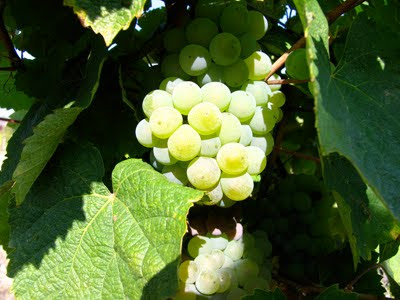 Menu Pineau (above and below)
Menu Pineau (also called Arbois) is a relation of Chenin Blanc. Once relatively widely planted it lost a lot of ground after the arrival phylloxera and during the 20th century. It can make attractively minerally dry whites. Some producers, like Pascal Potaire, are making 100% versions and I hope this coming decade will see more examples being made. Along with Chenin Blanc, it is the other grape of Vouvray, although this tends to be downplayed.

The official decrét (text) for the Vouvray appellation is unequivocal:

Interloire's site is an example of Menu Pineau being downplayed as Chenin Blanc is given as the sole permitted variety for Vouvray.

It would appear here that 'pinot' and 'pineau' are interchangeable. The rules appear to allow a Vouvray to be made from 100% Menu Pinot or Pineau. I have no idea if there are any examples of Vouvrays made from 100% Menu Pineau – if anyone knows of any I'd love to know please. In contrast to Vouvray, Montlouis allows only Chenin Blanc. 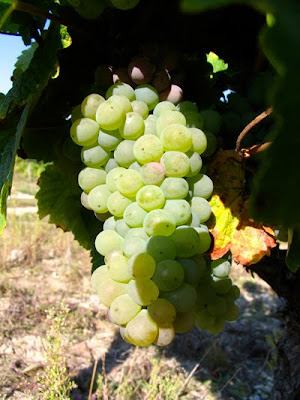 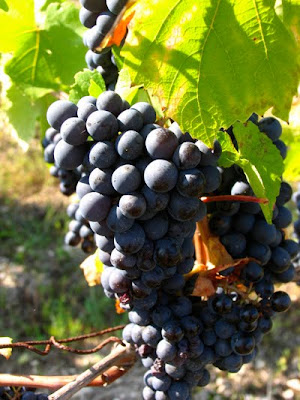 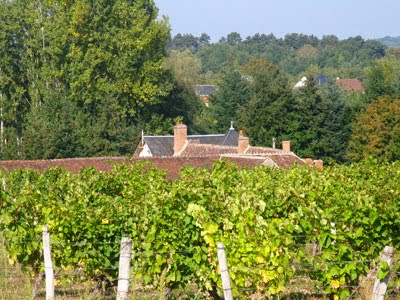 Bertrand Celce (Wine Tasting, Vineyards, in France) has a good article on La Chapinière, a recently established domaine in Châteauvieux. Although I haven't yet visited the domaine I have tasted and enjoyed their minerally Sauvignon Blanc on a couple of occasions. They are involved in the Sauvignon Blanc project.
Posted by Jim's Loire at 09:52