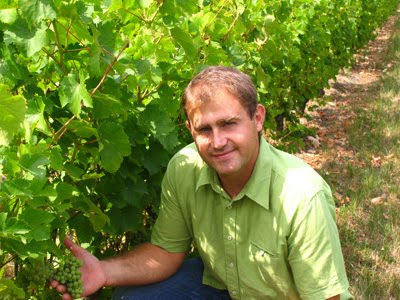 Laurent in his vines@Vernou
Having been so impressed with Laurent Bonnard's wines at Vouvray's Foire aux Vins the previous Sunday, I arranged to visit him the following Thursday afternoon at his chai in Chançay. As soon as I arrived we headed off to see his vines, which are in neighbouring Vernou. Although there are some vines close to Laurent's cellar at Chançay they don't produce high quality grapes as the soil is cold – OK for sparkling wine but not for good still wine. 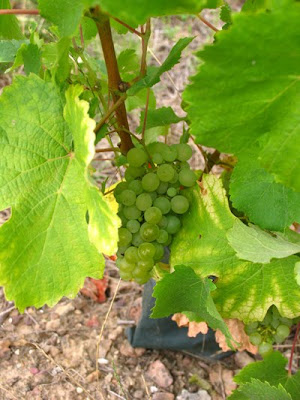 Ripening Chenin Blanc – bunches well exposed and aerated (above and below) 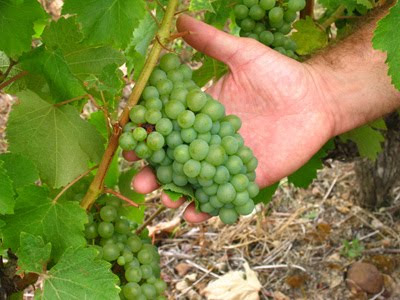 Laurent now has eight hectares of vines – three in Vouvray and five in Vernou. He is lucky to not to have lots of parcels of vines spread all over the place: in Vernou he has 2.5ha in one block and the rest is close by. This means they are much easier to work, although there is the downside that if he is hit by frost or hail the damage could be considerable. Laurent's first vintage was 2006 and he hopes to produce between 55,000 and 60,000 bottles this year. The vineyard is grassed over – in some places where the vines need competition special grasses are planted, otherwise it is natural cover. Deleafing is done on the sunshine side but not on the sunset side where the power of the sun is strong and, on hot days, can lead to the grapes being burnt if they have no leaf protection. 50% of the harvest picked by machine and 50% by hand. 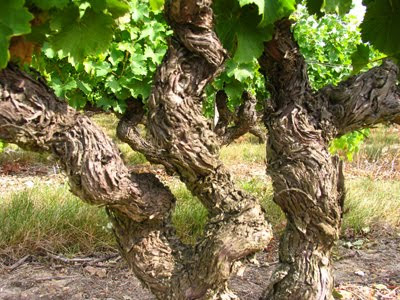 Vine age varies between five years old and nearly 60 – the youngest vines being planted in 2004 and the oldest in 1956. Laurent made a very impressive sweet wine in 2007 called Cuvée Leo and this came from a parcel here that was planted in 1972. Laurent is good friends with the Vigneau-Chevreau brothers, who are also based in Chançay. Jean-Michel, their late father, started to convert the estate to biodynamics in 1995 – it received its certification in 1999. Influenced by them and Vouvray producers like Huet, Laurent is moving towards making increasingly natural wines: this year he is planning to use natural yeasts. 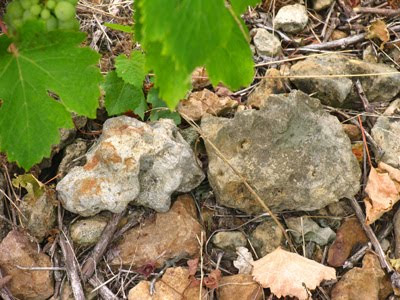 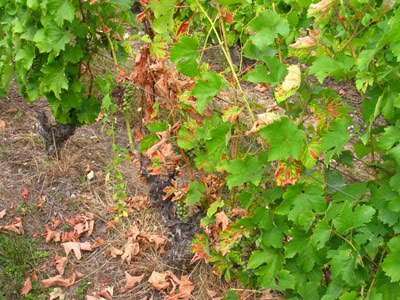 Esca, the vine disease, is also a problem here, although Chenin is less affected than Sauvignon Blanc 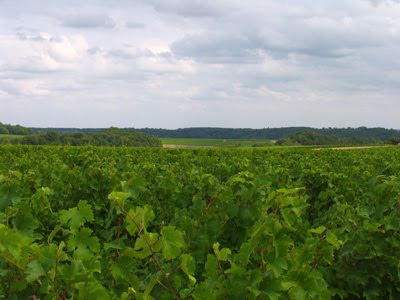 Looking across a plateau of vines@Vernou 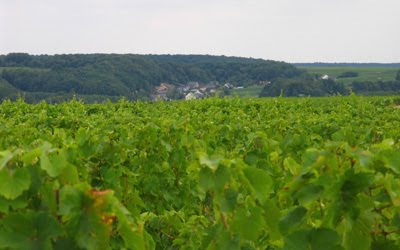 From the plateau looking toward the Vallée des Vaux 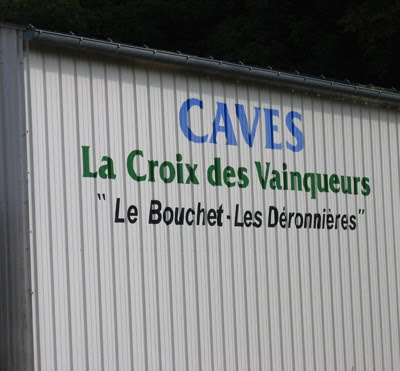 When Laurent was setting up in 2006 he had vines in Vernou and Vouvray but needed a place to vinify and mature his wines. He found them in Chançay. A vigneron, Francis Denis, with a domaine called La Croix des Vainqueurs was retiring, so Laurent bought his cellar and the right to the name. He would have liked to have bought one of the houses on either side of the cave that had belonged to Monsieur Denis but these had already been sold. So, for the moment, he is commuting from Beaulieu-les-Loches nearly 50 kilometres away. 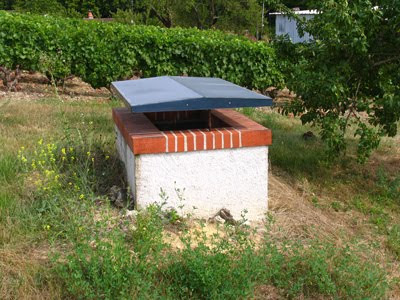 Since his arrival Laurent has made various improvements to the cellar. One of the most important has been putting in a couple ventilation chimneys that have significantly reduced the humidity in the cellar. He has also installed a humidifier. 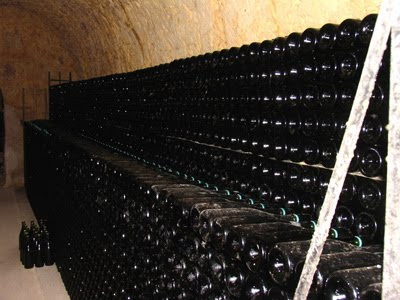 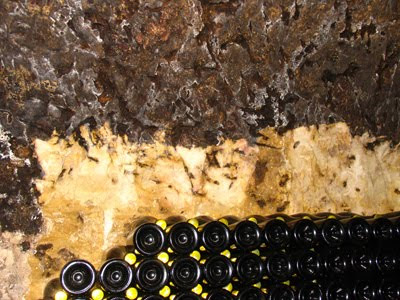 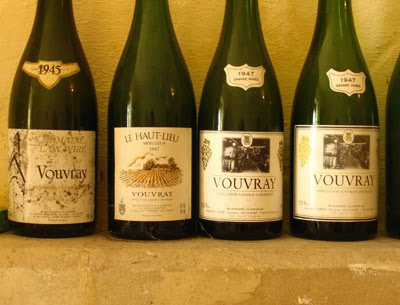 Although he has started to export, no-one is importing Laurent Bonneau's wines into the UK and he is keen to sell his wines here. This ought to be a real opportunity for an enterprising independent merchant looking for good quality Vouvray from an exciting new producer. I have no financial ties here.