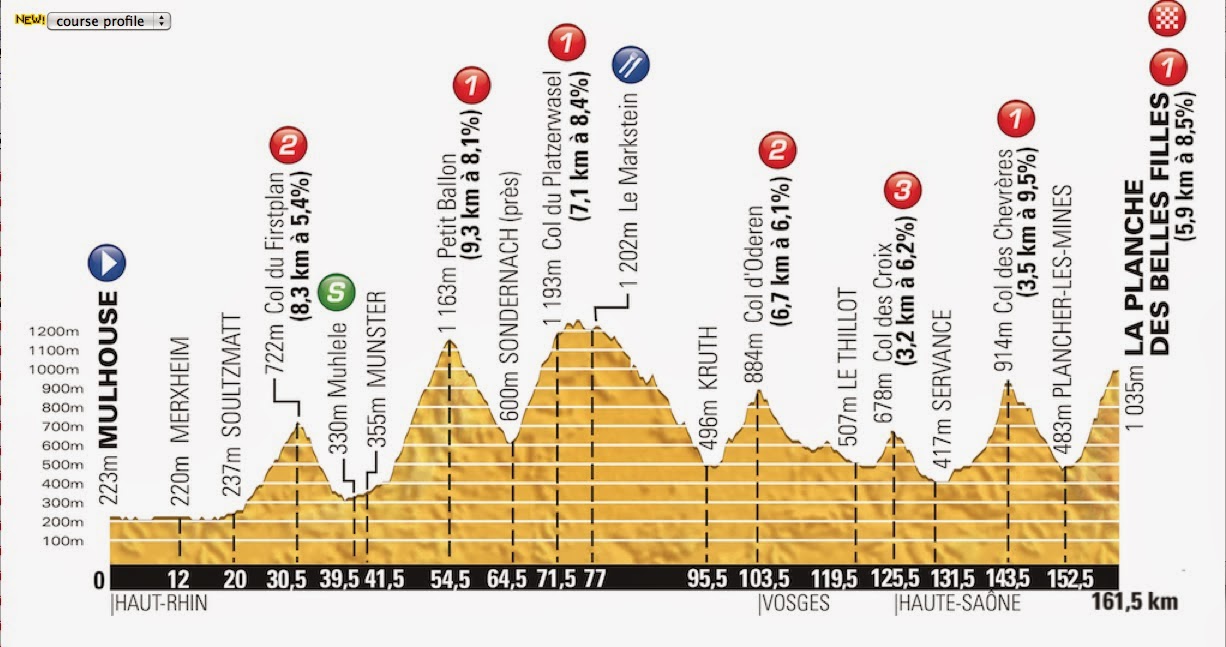 The organisers of the Tour are celebrating Bastille Day in style with a fearsomely tough stage, especially as it is now the 10th day of hard racing. There are seven categorised climbs – four Cat 1s, two Cat 2s and a single Cat 3. The stage ends with the climb of La Planche des Belles Filles, which featured in the 2012 Tour when Chris Froome won stage and Bradley Wiggins took the Yellow Jersey and wore it all the way to Paris. 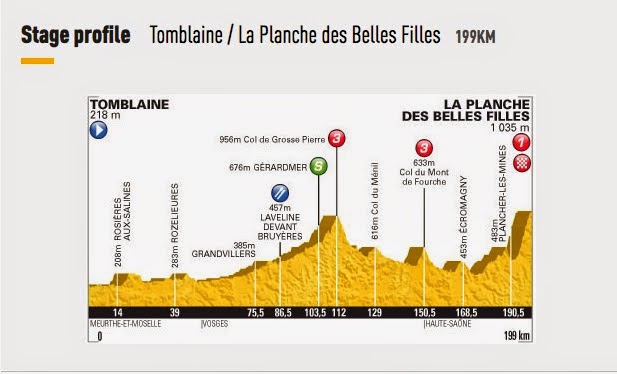 Today's route is much tougher than the 2012 stage to La Planche des Belles Filles, which had just two Category 3 climbs before the final ascent, which Sky made very tough with a relentless pace. They dropped everyone apart from Cadel Evans who held on to the end and finished second to Froome.

Can Tony Gallopin hold on to Yellow? It will be a tough ask but being French on 14th July provides huge motivation! Whatever happens Gallopin will be determined to put up a great fight to hold on as long as possible. It will also depend on how much yesterday's efforts took out of him.

I will be surprised if Nibali is not back in Yellow tonight. Whether he gets to the top of Les Belles Filles before Contador is another matter. It has been suggested that the real attacks will wait until the final climb but there may well be attacks on the penultimate climb – the shortish but steep Category 1 Col des Chevrères. From the top of Chevrères it is straight down and then onto the final ascent.

This is a big day!