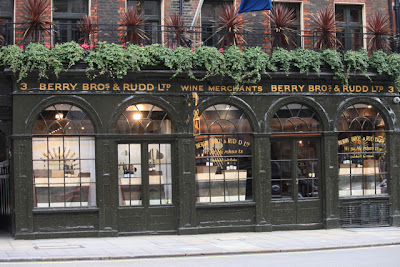 The UK wine trade and press are now in full swing tasting the 2011 Burgundies en primeur. Apparently there are 27 different Burgundy tastings going on over the next ten days or so. One the tastings yesterday was held by Berry Bros & Rudd. 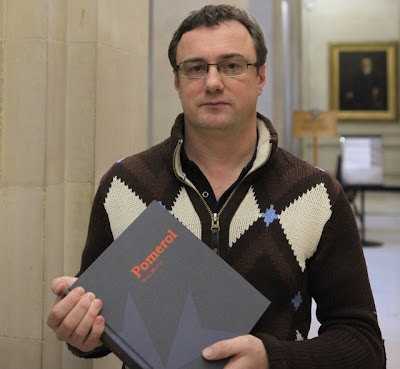 Here I caught up with Neal Martin and his recently published book on Pomerol. Neal has published this himself and it has taken three years of hard work. It has 592 pages and is priced at £50 plus p&p. It can be ordered through his pomerolbook website. The fine black and white photos are by Swedish photographer Johan Berglund. Although I only caught a quick glimpse of the book, I'm sure knowing Neal that it will be very detailed, thorough and informative. 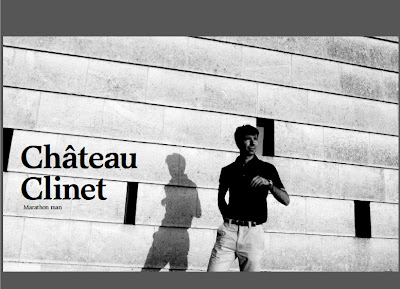 Photo by Johan Berglund from the sample chapter available on pomerolbook 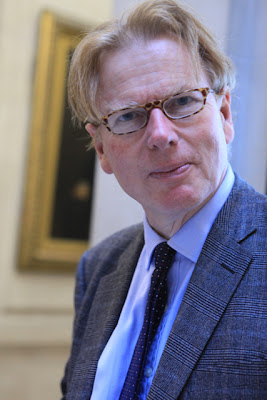 The electronic Jasper Morris MW
Prominent at the tasting was the electronic Côte de Beaune by Jasper Morris MW being shown on the latest version of Apple's iPad – thought to be iPad 5, though it might have been version 4, which came out in November. The Côte de Beaune is the first part of Jasper's award winning Inside Burgundy published by Berry Bros & Rudd in 2010. It has been revised and made interactive by Seagrave Foulkes (Carrie Segrave, Chris Foulkes and Lizzie Ballantyne).

The app now has hundreds of colour photos, zoomable maps, videos of Jasper in the vineyards plus the ability to make and share your own notes, etc. It also includes Jasper's 2012/13 annual report.

Chris explained that the program they used was originally designed for producing text books and that they had adapted it. So successfully that Apple apparently say that this is the best book adaptation for the iPad and will be showing it to a group of techie journalists today. The Côte de Beaune app is available through the iBookstore. 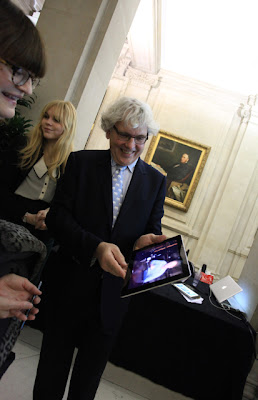 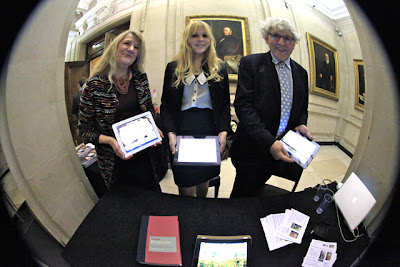 The Foulkes-Segrave family with their iPads featuring the electronic Jasper