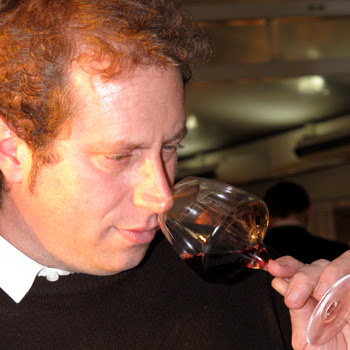 Bertrand Sourdais: Domaine de Pallus
I spent several hours yesterday at the French Independent Wine Growers tasting at Lords. Most of the 16 Loire producers present I had met before. However, I had never met or tasted the Chinons of Bertrand Sourdais (Domaine de Pallus) and he was easily my most exciting new discovery, although I'm rather bemused that I hadn't come across him before.

Bertrand is one of many Sourdais in Cravant-les-Coteaux. The Domaine de Pallus, on the border of Cravant and Panzoult, has been in the family since 1891. It has 18 hectares of vines: 12 on the clay limestone coteaux and six down on the plain of the Vienne with its sand and gravel soils. These six hectares are in a Clos in the hamlet of Briancon. Although Bertrand doesn't proclaim it on his labels his vineyards are farmed organically – grassed over in the winter and the soil worked during the summer. 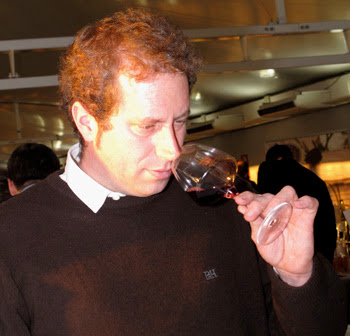 The first wine was 2008 Les Pensées de Pallus, which comes from three parcels: one on clay, one – limestone and one on gravel from the Clos. It spends 18 months in one-year-old barriques. and is attractively soft and ripe. Bertrand had two vintages of the Domaine de Pallus, which comes from four different parcels on the coteaux close to the property. The wine spends 18 months in new barrels. The 2007 is a real success for a difficult year and although there are some wood notes they are by no means dominant. The Domaine is more concentrated than Les Pensées with more structure. The 2007 would benefit from a little more time in bottle. In contrast the richer, fuller and supple 2006 is ready to drink now.

While acknowledging the success of the 2007 my slight preference was for the 2006, whereas Bertrand prefers the 2007 as it has more finesse.
When I asked Bertrand whether he would be at this year's Salon des Vins de Loire he smiled and said he would be at home before explaining that he would be at his other home in Spain - Ribera del Duero, where he was involved from 1999 with Ricardo Perez Palacios, whom he met when studying oenology at Blanquefort, Bordeaux. Ricardo is the nephew of Alvaro Palacios of Rioja and Priorat fame. Bertrand now has his own 15 ha vineyard in Ribera. 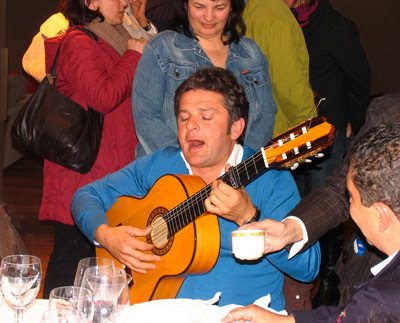