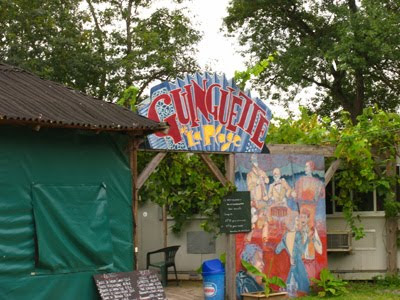 A guinguette at Preuilly
After we left Menetou-Salon we headed through Mehun-sur-Yèvre, whose medieval centre is attractive and worth a visit if you are in the area. Details here. Then across to Quincy on the River Cher. On a very quick look there appeared to be less hail damage in Quincy than in other vineyards we had seen, although we really didn't see enough vineyards to tell – the picnic lunch was calling! 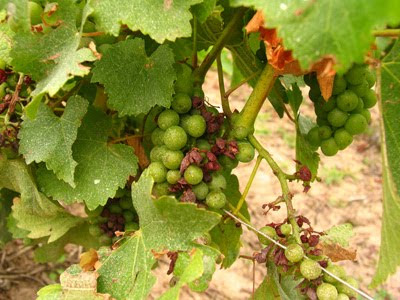 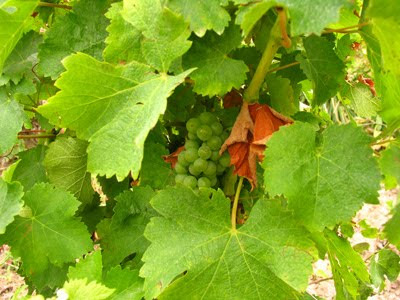 We found the Guinguette la Plage in Preuilly, which had a few picnic tables by the Cher. They were setting up for an afternoon dancing session to songs from before the First World War. We wtached the musicians getting ready, while couples started arriving dressed in their best dancing clothes – one woman with impressive shining silver shoes. Apparently Sunday afternoon dances are regular feature here. 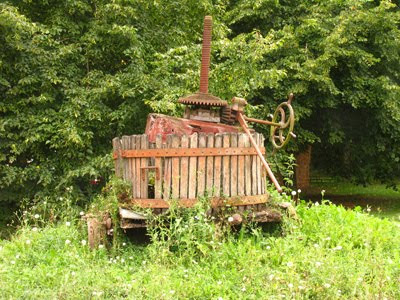 Old vertical press@the Guinguette La Plage
Next we drove on up the southern side of the Cher Valley, which turned out to be less attractive than I had hoped. We crossed the Cher at Châteauneuf-sur-Cher and had a brief stop to photograph the impressively imposing Château on a bluff overlooking the river. 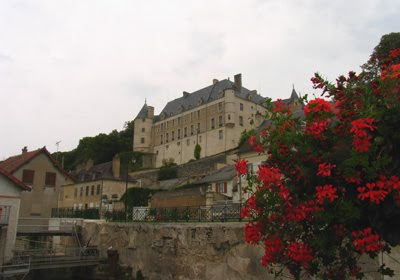 Châteauneuf-sur-Cher
Instead of going directly to Saint-Amand-Montrond we did a diversion to the east to visit Dun-sur-Auron, notable for its medieval quarter and its walnut oil. Just out of Châteauneuf I spotted these old loges des vignes, which I had read about on an information panel in the car park in Châteauneuf. The loges are now protected, so can't be demolished although it looks like nature is being allowed to take its course. Difficult to find money to restore all France's historical artifacts! The existence of these loges miles away from any modern day established vineyard is a testimony to how extensive vines were in France prior to the arrival of phylloxera in the mid to late 19th century. Here I would guess phylloxera devastated vineyards here in the late 19th century, perhaps beginning of the 20th 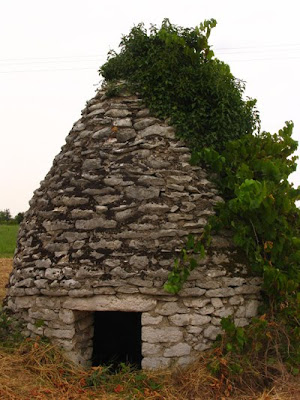 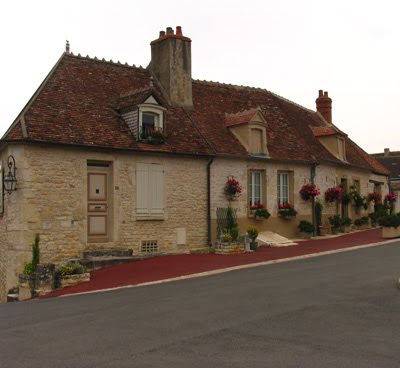 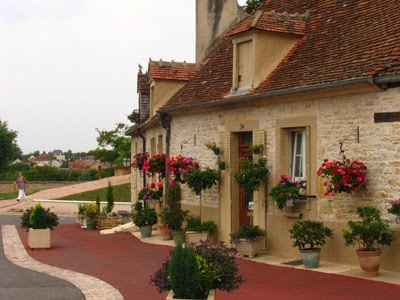 Dun-sur-Auron: window of an old house 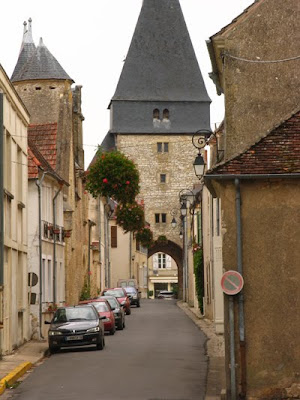 From Dun-sur-Auron we headed towards Saint-Amand-Montrond via Meillant. Unfortunately it is difficult to get much of a glimpse of the Château de Meillant. As it was now late afternoon a visit to the château was out of the question so we had a reviving cup of tea at L'heure des thés close to the entrance to the château.

We stayed overnight in the quite modern and functional Hotel Le Noirlac in the northern suburbs of Saint-Amand-Montrond. Over dinner we drank Domaine Gilbert's 2006 Les Renaudières, Menetou-Salon. This concentrated and well made prestige cuvée is further evidence of the spreading red revolution in the Loire's Central Vineyards.

I am enjoying the tales of your wanderings and the photos are great.