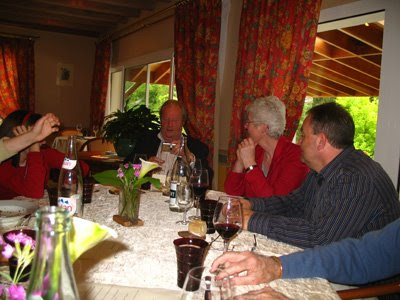 @L'Aubinière starred restaurant in Saint-Ouen-les-Vignes
The new edition of the Guide Michelin has given one restaurant in Tours a star – Au Rive Gauche (www.toursrivegauche.com/) run by Pascal Vuillemin, who used to be number two to the now retired Jean Bardet.

Following the retirement last year of Jean Bardet there are now no two-star restaurants in Touraine. Quite why Jacky Dallais’s excellent La Promenade does not have at least two stars is beyond me and may say more about Michelin’s criteria that Jacky’s cooking and the restaurant’s excellent wine list. 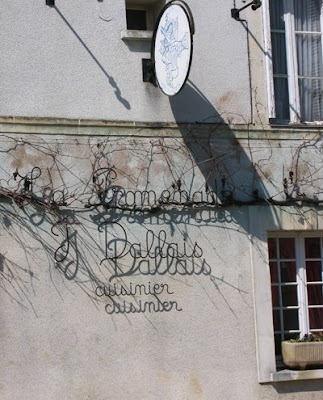 I'm a big fan of Jacky Dallais too. A couple of years ago, when we first started coming to the Touraine, and didn't know any of the wines, I made the wine waiter smile by choosing something more or less at random then telling him how delighted I was the moment I tasted it.

La Promenade is one of my favourite restaurants in France. It is a pity that it is a 60k drive there and back and that it is very difficult to find somewhere to stay nearby.

Is that a hint? :-) We are still in camping mode, with no hot water etc, but once we are sorted out (hopefully later this year), we may be able to arrange something :-)

No it certainly wasn't intended as a hint. There used to be a not very good b&b opposite the restaurant. Due the distance we tend to go there for lunch.

Just teasing you a little about hinting, Jim :-) If I hear of anything within walking distance of La Promenade I'll let you know.

Hi Susan. That would be great if you happen to hear of anywhere nearby. Thanks.