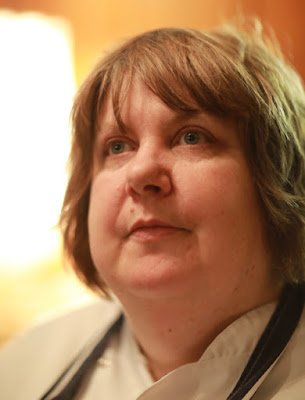 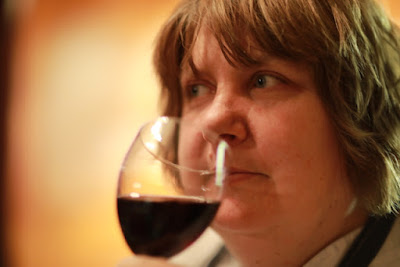 I fear I must lead a rather cloistered existence as I had never heard of the award-winning and quirky La Petite Bouchée restaurant in Sydenham Wells Park until I saw on Twitter that their Citroën van-based restaurant had been trashed on two occasions in November 2016.

Anita-Clare Field was born in Shirley, just to the east of Croydon. She has clear memories of family holidays in France, especially in a small village in Anjou in the Loire Valley.

For a number of years Anita worked in magazine publishing including stints with Emap and Wilmington Publishing, which at the time included Wine and Wine & Spirit magazines, which were then bought by William Read Business Media. She became training development director at Wilmington. We have some mutual friends and acquaintances including Chris Ashton, event director of The International Wine Challenge.

In 2010 she had a freak accident that led to dramatic life changes. Taking a labrador for a walk, Anita was pulled off balance when the dog decided to go for a cat. In the fall her arm was snapped in two. It took five operations and a Russian invention – a huge external fixator bolted to her arm – to bring her right arm back to 80% capacity – fortunately she ls left-handed. However, continuing with her publishing career was impossible.

Naturally the pain made sleeping difficult and on 9th September 2012 Anita started her food blog – lover of creating flavours. Caroline Ness, Anita's partner and wife now looks after the blog. The blog evolved to include Heaven Preserve Us – a venture making pickles, chutneys etc. that they are sold at local markets, including Crystal Palace, and also on line.

In March 2014 Anita and Caroline bought a 1971 Citroën HY camper van that was intended to be used for to make the Heaven Preserve Us products. That was until Anita had a middle of the night vision of a few brightly checked cloth tables in the van with happy people eating and drinking. Anita and Caroline started work on the new project in the morning.

After a trial run for a friend's birthday, La Petite Bouchée – the Citroën van restaurant – launched in Sydenham Wells Park on 9th August 2014. It was Caroline who came up with the name. 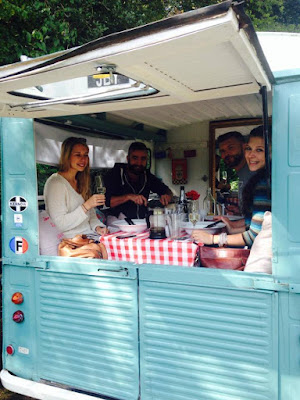 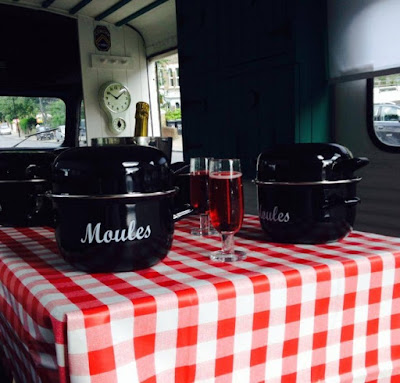 Despite me being completely oblivious to its presence hardly a mile away from where I live, La Petite Bouchée was a huge success serving French classics and attracting diners from all over London.

Unfortunately May 2015 saw the first attack on La Petite Bouchée when someone broke the windows with a air rifle. It is thought to have been school kids. The windows were quickly replaced and the restaurant's success continued.

On Monday 14th November 2016 Anita and Caroline collected a Time Out Award for the best restaurant in the Sydenham area. Unfortunately their delight very rapidly turned very sour. During the Thursday night (17th) the Citroën van was attacked with the windows being smashed in. The windows were rapidly repaired and Anita posted a defiant message on Facebook which with hindsight proved ill-advised as the following night (Friday 18th) whoever was responsible returned with a vengeance and comprehensively trashed the Citroën. This included smashing wine glasses, pictures, etc. and pouring oil and balsamic vinegar over everything making it impossible for La Petite Bouchée to continue either in its current form or location.

The Citroën was moved out of the park on the Sunday and is now in the process of renovation.

Anita remains completely mystified by the attacks. "All we wanted to do was to make people happy, so why trash our Citroën?!"

Naturally Anita and Caroline were completely devastated and overwhelmed with grief by this vicious and mindless vandalism. The police have yet to catch the perpetrators but are convinced that it was premeditated and that this time it wasn't school kids as on both nights the weather was foul – pouring rain and and very windy. 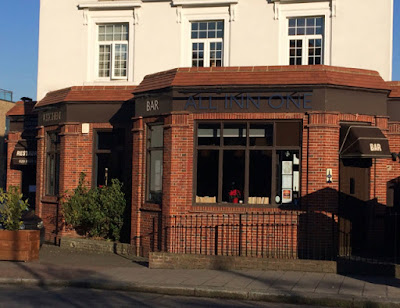 However, reports of the attacks produced immediate support. Most importantly an offer within 24 hours to from Richard and Julia Channon of All Inn One in Forest Hill's Perry Vale to run a pop-up in their pub restaurant during January.

"It was an amazing offer – have our kitchen for a month!" says Anita. "Our faith was restored."

La Petite Bouchée did a friend's birthday party on 3rd January at All Inn One but really launched their residency on 7th January and opened Wednesday to Saturday. Time, however, is running out – this coming week will be their last as they close on 27th January, so three nights left – Wednesday, Thursday and Friday. Book here: on-line here or 020-8699 3311.

Anita, Caroline and the Citroën will soon be moving to mid-Devon where they have bought a house near Tiverton and some 40 miles drive from Exeter. La Petite Bouchée will have a new home.

In February Anita will be appearing on television with a very famous but unnamed patriarch chef.

It looks like the trashing of La Petite Bouchée Citroën will have a deservedly happy ending.

Our meal at La Petite Bouchée:
(NB We paid in full for our meal which we thoroughly enjoyed – both the food and wine as well as the ambience.) 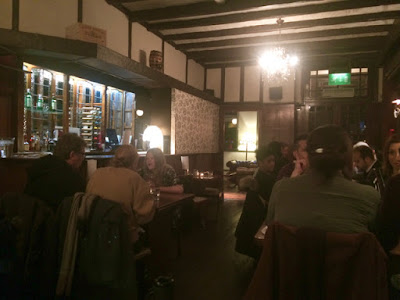 The restaurant at All Inn One 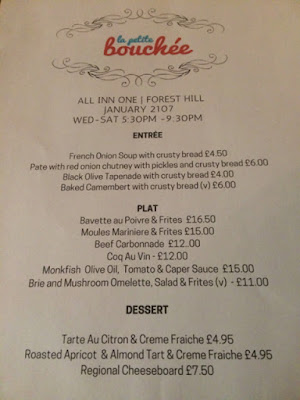 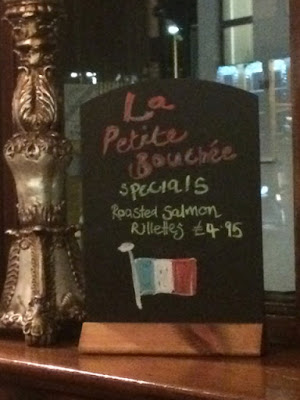 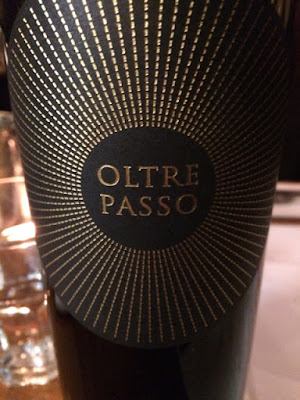 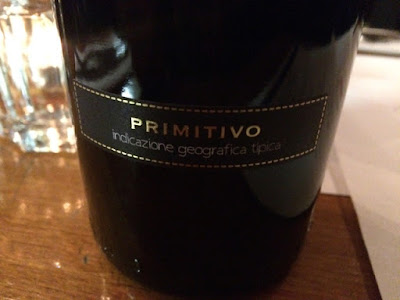 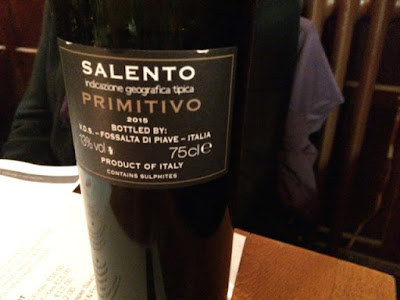 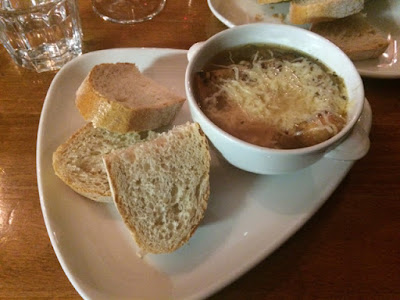 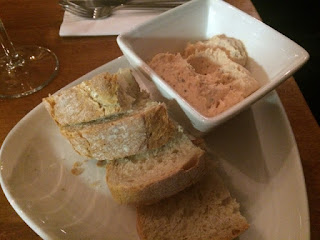 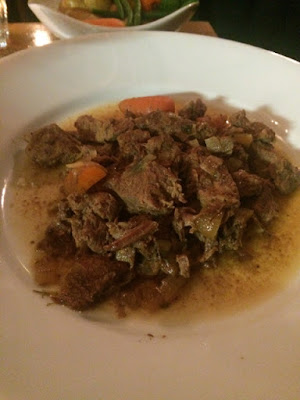 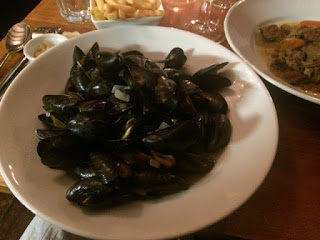 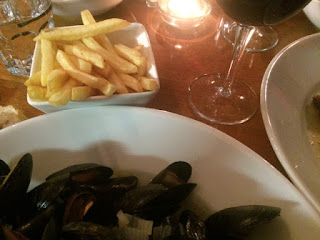 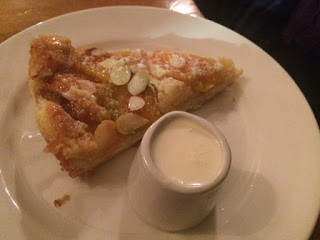 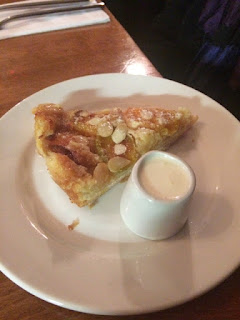