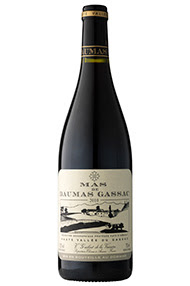 Aimé was one of the giants of the new Languedoc. It was the Mas de Daumas Gassac reds in the 1980s that caught the attention of writers like Hugh Johnson and Michael Broadbent MW bringing the changes underway in the Midi to the media's attention.

I saw Sylvain Fadat of Domaine d'Aupilhac at RAW this morning, who gave me the news. Sylvain stressed what a huge contribution Aimé had made to shaping the Languedoc that we now know.

My thoughts and condolences to Aimé's family and friends.
Posted by Jim's Loire at 14:32