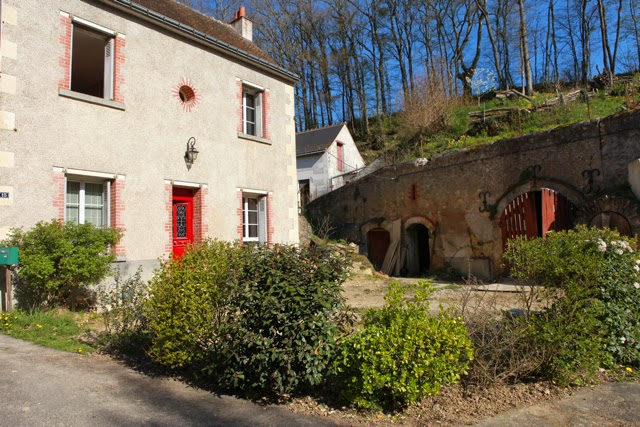 The house at Chançay with the cave set into the hillside 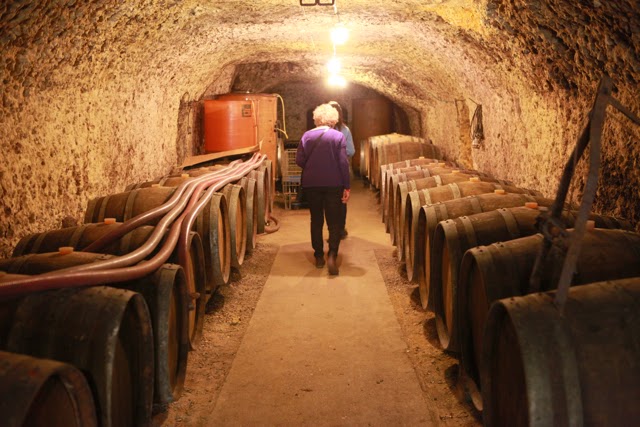 Anne-Cécile and Tanguy in their vineyard
by Le Clos du Bourg, Vouvray.

I was very pleased to discover a new Vouvray producer at the VinaViva tasting at Saint Etienne de Chigny a little to the west of Tours. I certainly can’t claim to be anything like the first to taste the wines of Tanguy Perrault and Anne-Cécile Jadaud as their first vintage was in 2008.

It is always good to find new producers who are making exciting wines and, in particular, in Vouvray. Particularly exciting in Vouvray as it has been less dynamic than its smaller but closely related cousin – Montlouis – on the south side of the Loire. Although Montlouis is substantially smaller than Vouvray over the past 30 years it has been much more dynamic and attracted a host of impressive newcomers. A major factor here has been the difference in the vineyard prices between the two appellations making Vouvray both much more unaffordable than Montlouis and so more difficult to find suitable vineyards to buy.

Nevertheless Tanguy Perrault and Anne-Cécile Jadaud, who had no background in wine, started out on their adventure in Vouvray in 2008 with just 0.8 hectares making a PetNat and a little moelleux. 2009 was really their first vintage when the domaine had grown to all of a hectare. Gradually they built up their domaine until they now have 4.2 hectares with Tanguy keen to acquire more if possible. Tanguy and Anne-Cécile have around 15 small parcels, which makes it complicated to work but, on the other hand, does spread the risk from hail and frost.

They are fortunate in having some parcels on the premières côtes both in Vouvray itself and further east in Noizay. One of their parcels in Vouvray is right by the Clos du Bourg. In 2011 they moved into their present premises in Chançay.
One of their parcels is a rented steeply terraced vineyard at Domaine des Bidaudières, an upmarket chambres d'hôtes in the commune of Vouvray. These vines used to be farmed by their friend and mentor Vincent Carême. As Vincent now has some 15-hectares of vines, this parcel takes too much time to cultivate so he has passed it onto Tanguy and Anne-Cécile. Carême plays an important role in appellation by encouraging new and young producers 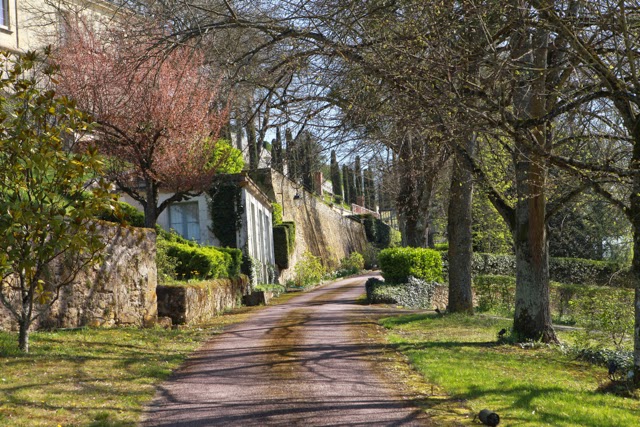 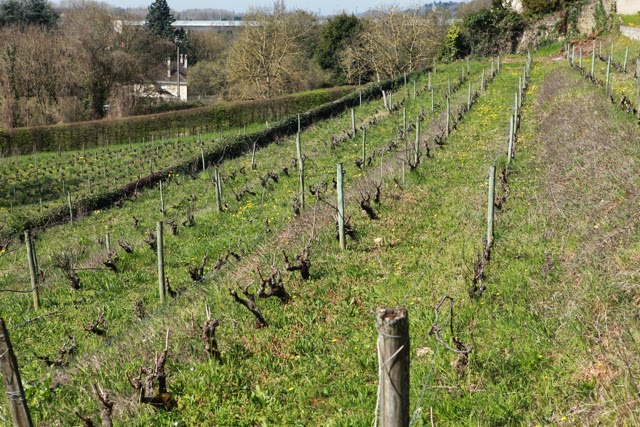 
Tanguy, who hails from Brittany, is a trained viticulturist, while Anne-Cécile, whose parents live in Tours is an oenologist. Both have taught at the Lycée Agricole d’Amboise.

They farm organically and their wines are impressively pure from low yields.  They use a range of barrels – classic barriques (225 litres) for their PetNat and mainly 300 litre barrels for their still wines, which are preferably to 400-litre ones which are heavy to manoeuvre. Some of their barrels were bought from Henri Bourgeois and Anne-Cécile was full of praise for the very professional way the transaction was carried out. Jean-Christophe Bourgeois showed them all the barrels, which were still full of wine, and they could taste the wines so that they could select barrels, whose characteristics they thought would suit their wines best. 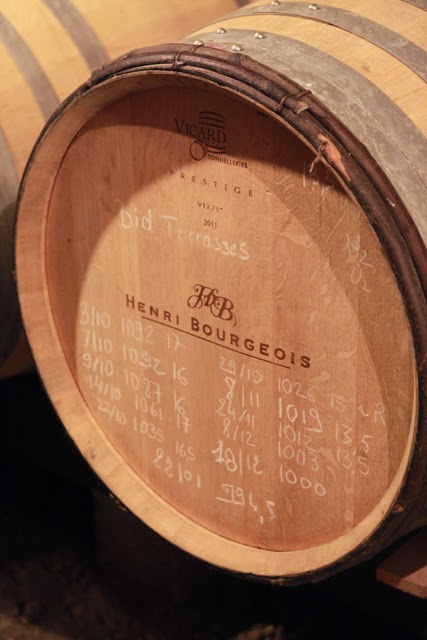 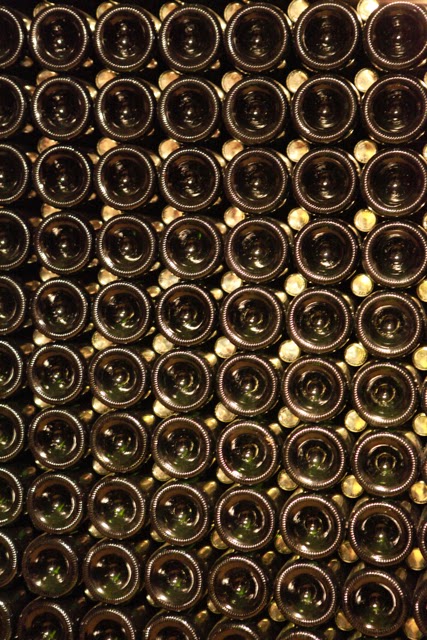 Although they try to use as little sulphur as possible, they feel that their wines need a little bit of protection so they are not part of the non-SO2 brigade. A third of their production is sold direct from the domaine, a third to cavistes/restaurants and a third is exported.

When I tasted their wines both at VinaViva and when I went to visit them last week, I was very impressed with their Vouvray PetNat which spends 24 months sur latte giving it the complex, honeyed and toasty aromas and flavours. Equally impressive is the 2013 Les Grives Soûles Vouvray Sec – brilliantly precise, clean and long. Anne-Cécile explains that Grives-Soûles doesn’t mean drunken thrushes, rather thrushes wonderfully replete after plenty of corn to ready them for their migratory journey south at the end of the summer.

Their parcel adjacent to the Clos du Bourg 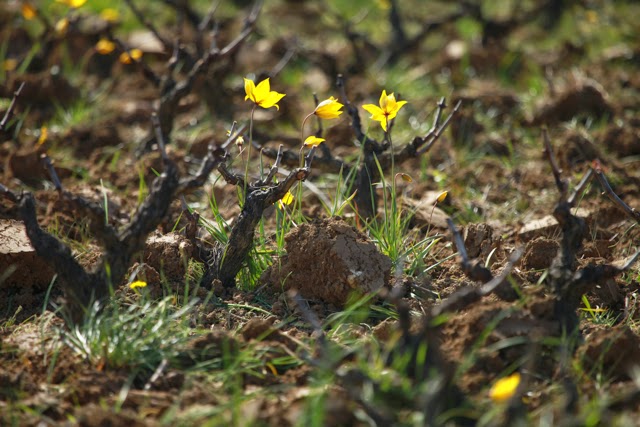 Rare wild tulips in the nearby Le Haut-Lieu parcel 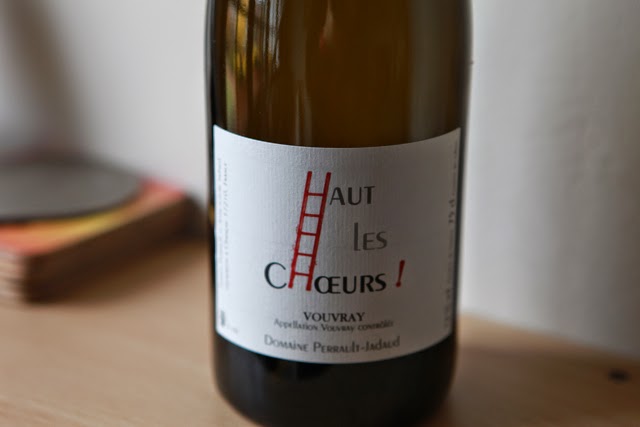 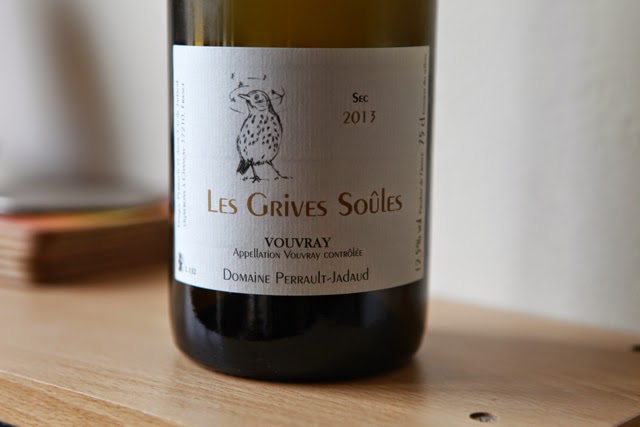