Young Wine Writer of the Year 2012 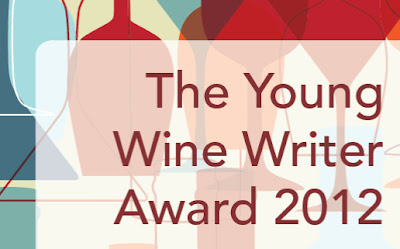 Yesterday I finished judging the 33 entries for this year's Young Wine Writer of the Year Award. 33 is a record number for the award now in its 12th year.

I was impressed by the overall standard of the entries and choosing a shortlist of eight candidates was a hard task as there were some very fine pieces of writing from writers of natural talent. The best were those who wrote concisely and amde you want to read on. There is always a temptation to try too hard and some of the entrants fell into this trap. But it is encouraging that there is a pool of talent coming through.

And the winner is....? I don't know yet. I have sent my list of suggestions in. We will have to see how far they accord with the views of the other judges:

The winner and the runners up will be announced on the evening of Monday 19th November at Australia House.