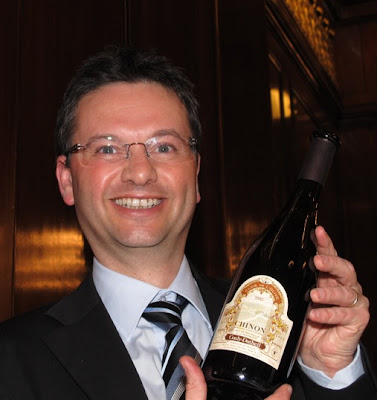 
Tuesday was the annual Thorman Hunt tasting held in the traditional surroundings of the Merchant Taylors Hall in the City of London. Entirely appropriate surroundings for the traditional values Thorman Hunt & Co Ltd, who concentrate chiefly on shipping French wines, although they do bring in some from Italy and a few from New Zealand, California, Australia as well as Massaya in the Lebanon's Bekaa Valley – partly French owned of course. There is nothing flashy about the company but they do have some excellent names in their portfolio such as Alain Brumont (Madiran/ Pacherenc), Charles Hours (Jurançon), Yves Cuilleron (nothern Rhône), Vincent Girardin (Meursault), Vincent Durreuil-Janthial (Rully), Jean Durup, and Christian Moreau from Chablis.


With best part of 450 wines available to taste and arriving later than I hoped, I only had time to concentrate on the Loires starting with Joseph Drouard's Muscadets (Domaine des Hauts Pemions in Monnières). The 2009 seemed quite lean and minerally at the moment, while his 2010 Muscadet La Hallopière was attractively youthful – floral and lemony. 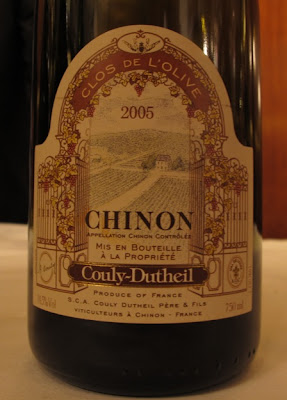 Next a short range from Couly-Dutheil, presented by a tanned looking Christophe Surget – a few days recently in Martinique or was it the position of my flash that gave him such a healthy glow? Amongst the wines the 2010 Blanc de Francs (white made from Cabernet Franc) was showing well as was the 2009 La Baronnie-Madeleine (Chinon) with its sweet opulent fruit. The 2008 Clos de l'Echo and the 2005 Clos de l'Olive showed the contrast of the two vintages. The 2005 with rich, sweet, ripe fruit reflecting the sunshine of 2005, while the 2008 Echo, admittedly three years younger, a more classic Loire expression perhaps and quite tight and austere at the moment and, as one would expect, clearly needs more time in the cellar. 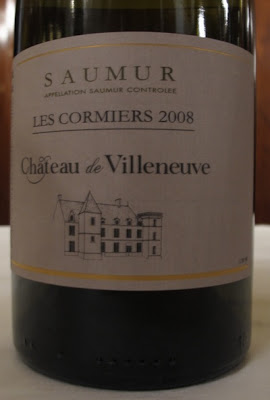 Jean-Pierre Chevallier's Les Cormiers, Saumur Blanc, Château de Villeneuve is always a reference for Loire Chenin. The 2008 is wonderfully clean and precise with weight balanced by its minerality. Can be drunk now but I expect it to take on further complexity with age. J-P's 2009 Saumur-Champigny has only recently been released. It is still quite tight – needing more time, so instead look for his 2008, which is drinking beautifully at the moment.

Other wines to be covered in next post.
Posted by Jim's Loire at 12:31