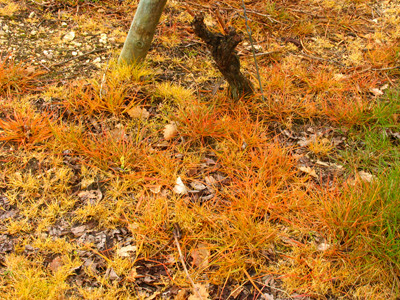 Interesting Swiss documentary about the use of pesticides in the vineyard, particularly looking at the use of helicopters to spray vines where the steep slopes makes this an attractive option. Even if the pesticides residues found in wine and our food are tiny, what is the long-term effect of this combination of chemicals on our health? The documentary explains that we do not yet know.

An award-winning Villa Maria Hawke's Bay vineyard (New Zealand - Jim) may lose millions of dollars after a herbicide drifted over its vines.

Howard Vineyard owner Brian Howard, of Bayview, north of Napier, said weedkiller 2,4-D had been sprayed nearby in late September and had drifted over his vineyard, stunting the growth of vines and wiping out at least six hectares of his 10-hectare crop.


http://www.stuff.co.nz/southland-times/business/national-farm/4292183/Herbicide-drift-stunts-prize-vines
Posted by Jim's Loire at 08:21