Having made fish cakes with what remained with the salmon trout, we had this as a quick brunch before our celebratory meal starting in the late afternoon. Although quite rich – tendre/demi-sec – François Chidaine’s Les Tuffeaux 2004 provided a good match, especially as there was sufficient acidity to carry off the touch of sweetness. 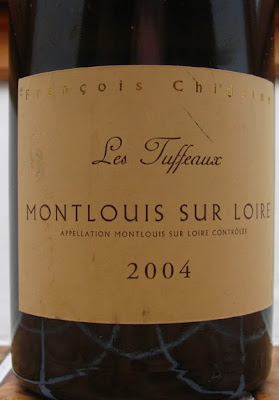 For the aperitif I had intended to have Domaine Huet’s 1999 Pétillant but on discovering that there was only one bottle left, we had Jacky Blot’s Triple Zero instead, which naturally was no hardship. 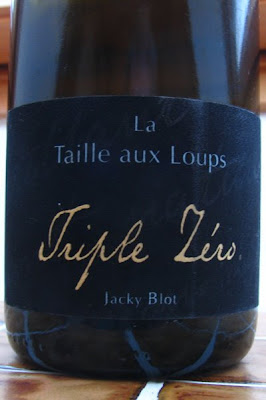 The salad of foie gras de canard as the first course presented some problems. Initially I considered a sweet wine – something from the Layon or l’Aubance. However, I rejected this option as the foie gras was part of a salad and not being served alone. Chidaine’s Les Tuffeaux would, I suspect been ideal but we’d already opened that, so I selected Mark Angeli’s 1998 Vieilles Vignes des Blanderies. However on opening it, delicious as it was and would prove to be a couple of days later as an aperitif, I wasn’t convinced that its oxidative style would be the best match with the foie gras salad, so instead opted for a bottle of 1998 Les Cormiers Château de Villeneuve that had both the weight and vivacity to be complemented by the salad. 1998 was the least good Loire vintage, especially for reds, of the second half of the 1990s. However, both Mark Angeli's and Jean-Pierre Chevallier's 1998s showed well and both could be kept for a severalo years more. 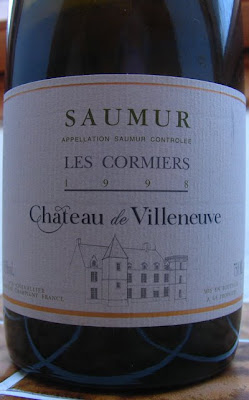 1998 Les Cormiers Saumur Blanc Château de Villeneuve
Traditional turkey and ham partnered by two red Burgundies – not Loire I know but they do use the same grape variety as Sancerre. First up a 1986 Nuits-St-Georges 1er Cru from Léonce de Valleroy – some charm but now needing to be drunk. Then a 1996 Nuits St-Georges 1er Cru Les Boudots from Maurice Chevallier, showing more concentration and which could be kept a while longer. 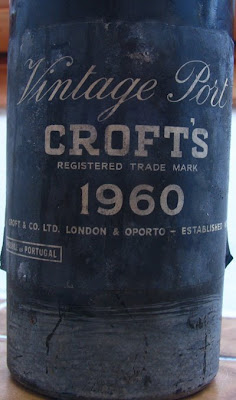 We finished with a 1960 Vintage Port from Croft, which on Christmas Day was quite spirity but when finished off on 27th had mellowed with the spirit properly integrated. Interesting that, despite the diversity of Loire wines, there has never been a tradition of fortifying them. Fortified wines I guess tend to come from hotter climes, producing more potential alcohol and therefore better adapted to stopping the fermentation, as in Port and Vins Doux Naturels.