Dinner with the Wine Doctor and Tony Aspler 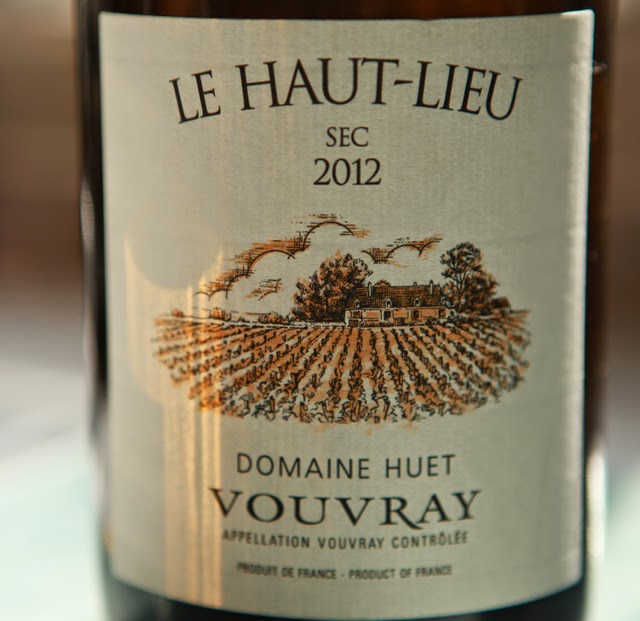 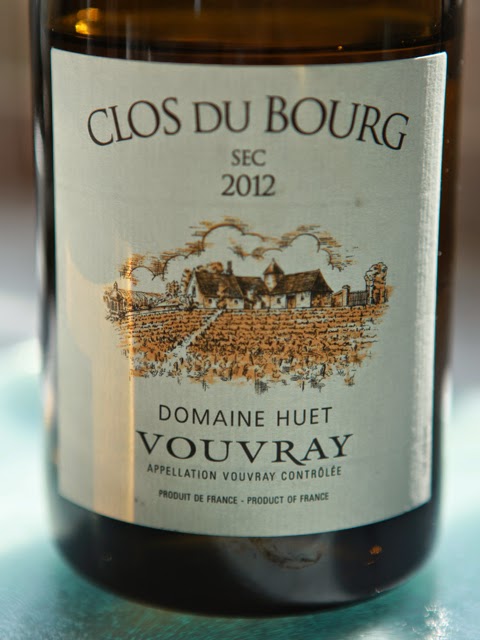 We started by tasting the second bottles of Domaine Huet's 2012 Le Haut-Lieu Sec and the Clos du Bourg Sec. Chris and I had tasted both wines back in early October and been disappointed by them – see here. It would be good to be able to report that a further six months in bottle had given these two wines greater complexity and interest. Sadly they were little changed with the Clos du Bourg the more exciting of the two but both lacked depth and length of fruit. The 2012 Le Mont, tasted at the pre-Salon des Vins de Loire Renaissance event in Angers, was certainly the best of the three Huet 2012s. 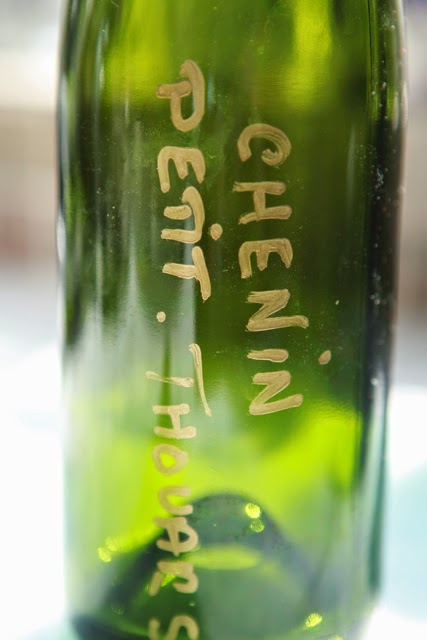 After the two Huets we tried the first Chenin Blanc produced from Château du Petit-Thouars from vines planted three years ago. This was bottled at the beginning of April and I have been holding off trying it just to allow time for the wine to recover from the shock of bottling. Although still obviously very young, this is an impressive start with both concentration and character along with Chenin typicity. I have two more sample bottles to try, so it will be very interesting to see how this Chenin develops. 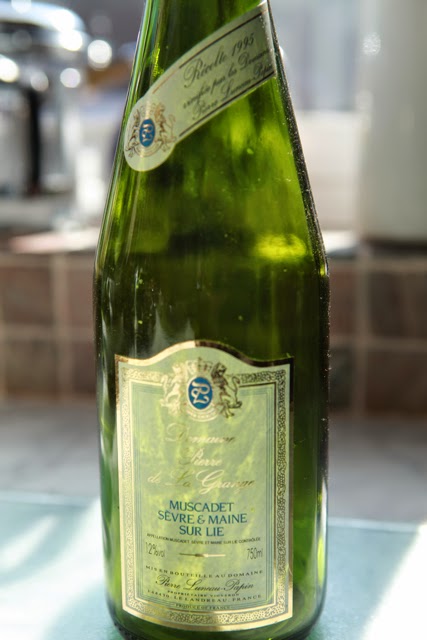 1995 Muscadet Sèvre & Maine,
Domaine Pierre Luneau-Papi
As the first course was cerviche of salmon and smoked haddock with some salad leaves I thought the 1995 from Pierre Luneau would be a good and interesting idea. Sadly the wine initially had a mushroomy character. Hoping that this would disappear I served the wine but although initially there were some other interesting characteristics, full blown TCA became all too evident especially in a glass with a wide bowl. The unusual frustration of having kept a bottle for several years only for the cork to let you down!

In the light of the TCAed Luneau the Domaine Ogereau 2007 Clos le Grand Beaupréau, Savennières was pressed into service – with a quick spell in the freezer! – its attractive concentration and racy acidity worked well with the fish. 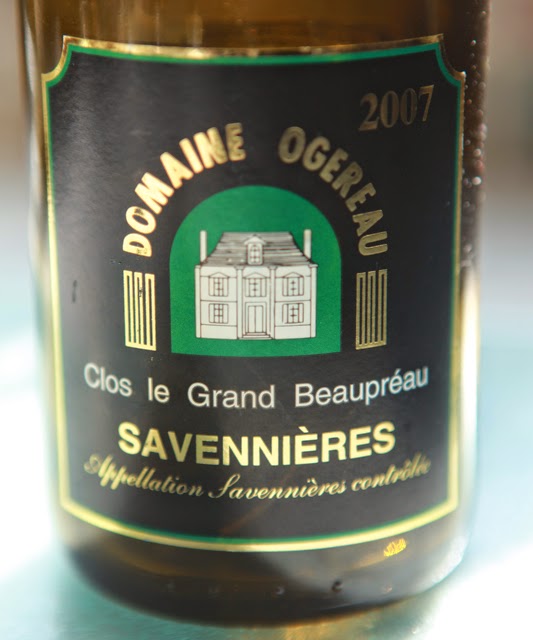 Onto the main course a daube of beef with black olives, sundried tomatoes, orange juice and peel and some mushrooms. I chose to hightlight a couple of Loire Pinot Noirs. We started with the 2006 Cuvée de la Comtesse, Reuilly from Denis Jamain (Domaine de Reuilly). Over the last couple of years we have treally enjoyed the 2005 Cuvée de la Comtesse that spends a year in local oak barrels. Sadly the 2005 was too good and we have polished off all the bottles, so it is onto the 2006, which has good and attractive concentration but needs some more time in bottle to develop further. 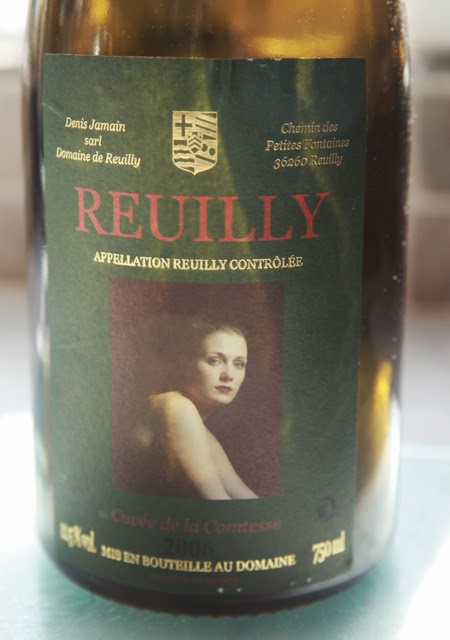 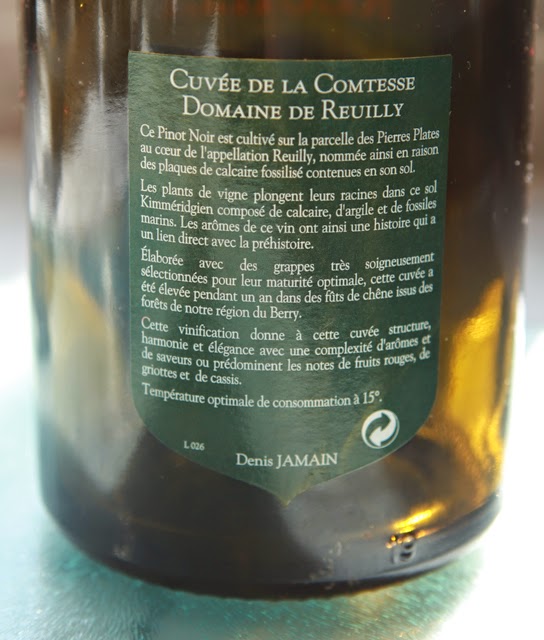 We followed the Reuilly with a rare bottle of La Pertétuelle, Sancerre 1996-2008 from Claude and Laurent Champault. This comes from a solera system that Claude and Laurent started in 1996. The wine is aged in a 600-litre barrel. They take out a third every year and refill with the same quantity. It had good, sweet Pinot character and drank well.

Rather mischieveously I asked Chris and Tony to guess the vintage. Chris went for 2008, so was half right! 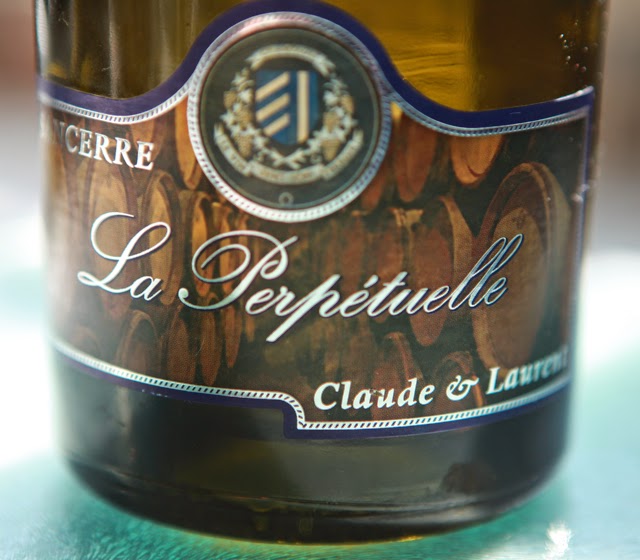 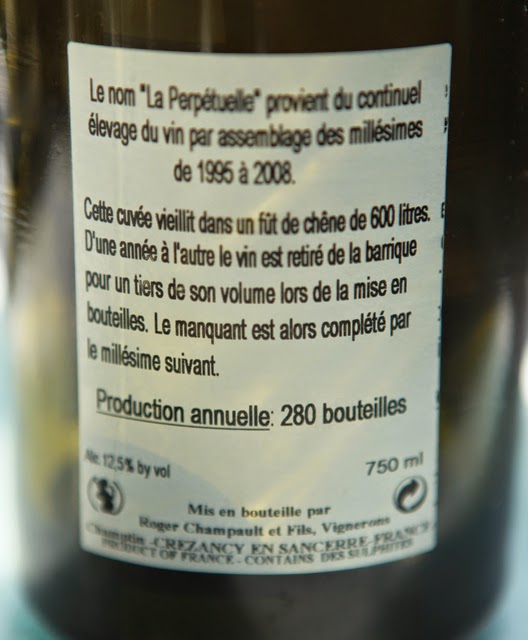 Following the daube we moved onto the 1998 Menetou-Salon from Bertrand Minchin and the 2007 Cuvée Sarah Coteaux du Saumur from Domaine des Champs Fleuris to partner the cheese. 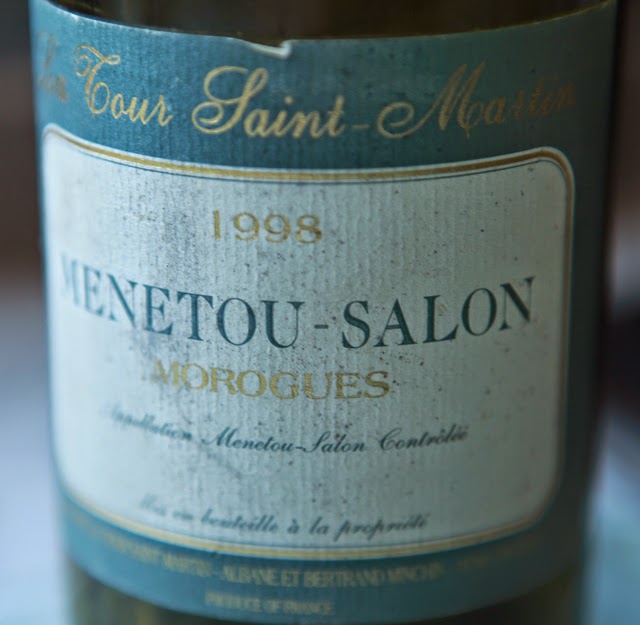 This 1998 Menetou-Salon was a strong candidate to be wine of the dinner with lovely aromatics – ripe but restrained asparagus notes and yellow plum, good concentration and a long finish. Additional complexity from aging in the bottle but still at its best and not at all in decline after nearly 16 years. 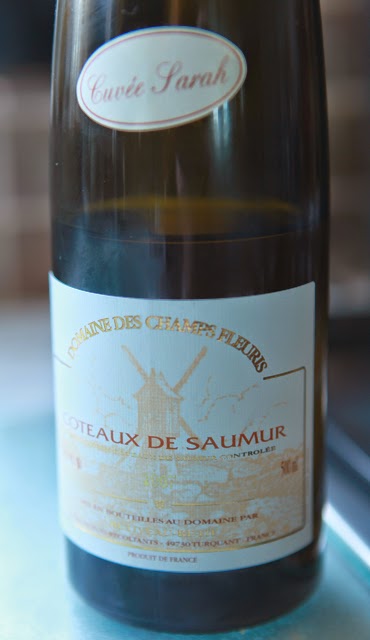 Attractive mid-weight sweet wine from Saumur with sweet citrus flavours not one to match with desserts but a good foil for blue cheese or as an apéro or equally after a meal or as an alternative to a dessert. 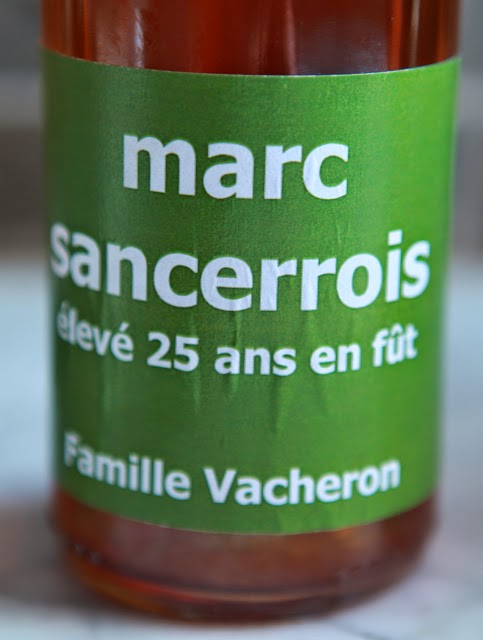 A curiosity to end with a marc sancerrois from the time of Jean Vacheron. A touch rustic but with a mark of the terroir. Ideal to set us up for the first flight tomorrow@the 2014 Decanter World Wine Awards!