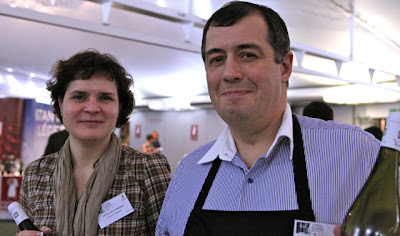 Christine Lemonnier and Frédéric Bonneau bought the Domaine des Sablons in the centre of Pouillé in February 2010. According to Frédéric the previous owner who had bought the estate in 2001 from Jacques Delaunay had allowed the 15 hectare estate to run down and had ceased bottling wine and instead sold juice to the négoce. Frédéric, who used to be in the hotel trade in the Paris region, and Christine decided that they wanted to change their lifestyles and so bought the Domaine des Sablons, which they have now renamed Manoir de la Vignière.

Frédéric and Christine have the support of Jacques Delaunay and his wife Marianne. Jacques has explained how he used to make his skin contact Touraine Sauvignon Blanc – "he gave me the recipe, which he wouldn't give to my predecessor," explained Frédéric, "so we have called this the Cuvée des Sablons." Certainly the 2010 Cuvée des Sablons is richer and fuller than the straight 2010 Moulin de la Vignière. I also liked their juicy, easy drinking 2010 Touraine Gamay.
Curiously we had our first contact with Jacques and Marianne Delaunay some 25 years ago in 1987. This was at the short-lived Restaurant Alexandre in Epeigné-les-Bois. Jacques supplied Alexandre with wine – we once drank a magnum of 1985 at the restaurant – and we met Jacques and Marianne one evening when the service was particularly slow. Unfortunately Alexandre had a habit of failing to pay his bills. The restaurant came to an end when Alexandre opened fire on his boyfriend or it may have been the other way round. 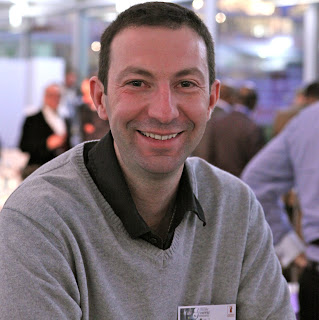 Well-made Muscadet Sèvre et Maine from Déramé et Fils including vat samples from 2011 and a quite rich and full example from 2006. Déramé was also showing a soft, easy drinking vin de pays Merlot (La Morandière), which I think is the best red I have tasted from the Pays Nantais. This is not saying much for most of the reds from the Pays Nantais are best avoided. Déramé's Merlot, however, is agreeably, soft and easy drinking – in itself a pleasant surprise! 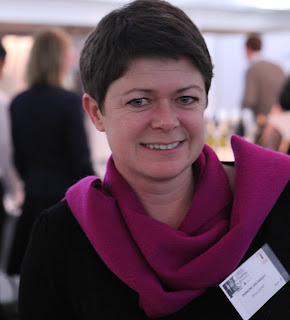 The Domaine des Sanzay is in Varrains with vines in Montsoreau as well as Varrains. While their straight Saumur-Champigny is attractively easy drinking, I was particularly impressed by their 2010 Vieilles Saumur Blanc (100% Chenin) made from 50 year old vines and vinified in 400-litre barrels giving weight of fruit and length. It should age well. 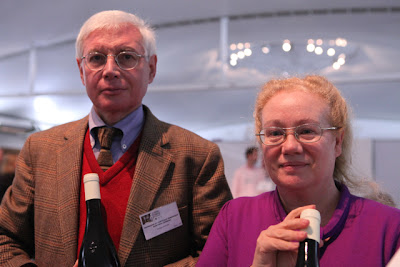 
I have tasted Véronique Gunther-Chereau's wines (Château du Coing) on a number of occasions and have always been impressed by their quality. She was showing a range of 2010 Muscadet Sèvre-et-Maine with the Grand Fief de la Cormerais and Domaine des Yolais. Véronique also was showing two crus communaux – one from Gorges that has already been recognised and one from Saint-Fiacre that will presumably soon be officially admitted to the CC Club. I was kindly given a sample of each to try, so will cover these in more detail shortly – 2006 Monnières Saint-Fiacre and 2005 Château de la Gravelle Gorges. 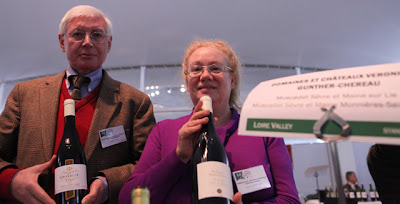 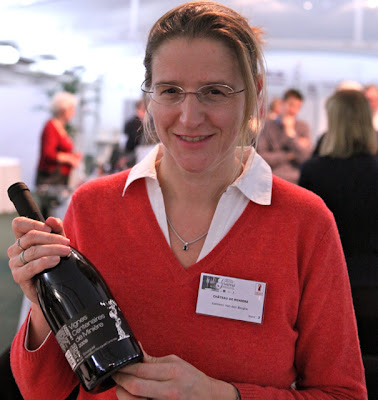 I finally got to meet Kathleen Van den Berghe, who bought Château de Minière in Ingrandes-de-Touraine (AC Bourgueil) in autumn 2010, at Lords Cricket Ground as we had failed to find a time when we both happened to be in Bourgueil at the same time. Since taking over Van den Berghe has appointed a new winemaker and it was interesting to compare the vat sample of the 2011 vintage Château de Minière with the 2009 version of the same wine, where the fruit was more hidden and the tannins more to the fore. However, again, it will be important to taste the finished version of 2011. 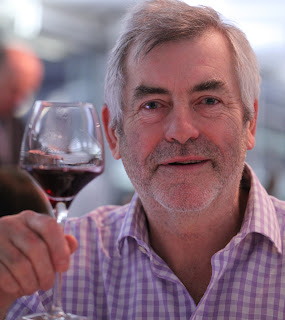 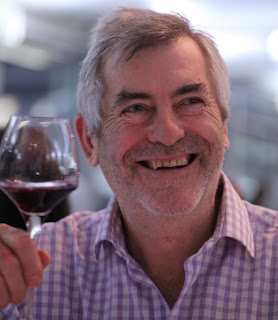 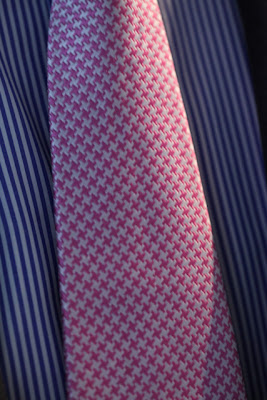 The tasting was organised by the Vignerons Indépendants de France
Posted by Jim's Loire at 00:02

I'm sure you are right Luc – I can't claim to understand ties...