A day in Sancerre 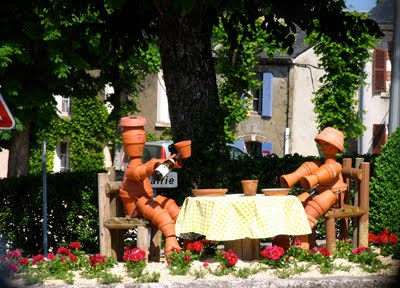 A picnic in the middle of Menetou-Salon
Firstly, apologies that there wasn't another post yesterday. Unfortunately my best efforts were undone by a firewall where we were staying.
Driving over to Sancerre we came off the motorway at Vierzon and headed across country via Menetou-Salon and Morogues, stopping in Menetou for a couple of photos. It is noticeable, coming from the west to Menetou, you come through apple and pear country. Apart from one vineyard in the town, the vines don't appear to start until the eastern side of the town. Weatherwise a magnificent day. 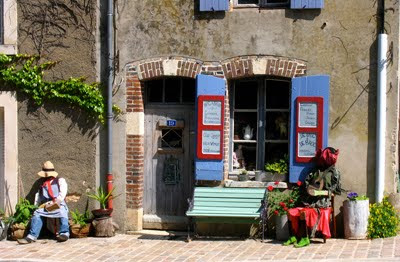 Le Bric au Broc
We had a very good and reasonably priced lunch in the bistro section of La Côte des Mont Damnés. Two courses for 8.50€, three for 11.90€.The lunch menu yesterday was: quiche aux poireaux, navarin d’agneau and chanciaux aux pommes.
In the afternoon we had the tasting of 2009 whites – Pouilly-Fumé, Quincy and Sancerre. 126 wines in total 15 from Quincy, 41 Pouilly-Fumé and 70 Sancerre. I will write this up more detail over the next few days but of the three appellations I found Quincy to be the most consistent, although not the most interesting. I was more impressed with Pouilly-Fumé than usual. There were some very good Sancerres but also some that are currently suffering from being over-ripe with a lack of freshness. 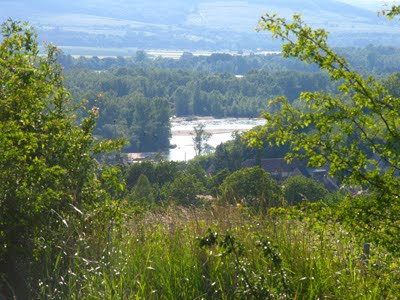 Looking over Les Loges to La Loire
After the tasting we did a quick visit to Pouilly to take some photos in the vineyards. 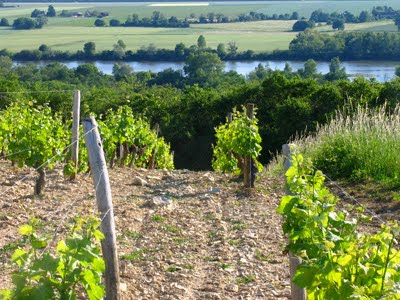 Vines above Les Loges and La Loire
In the evening we went to a Franco-Dutch evening at La Maison des Sancerre. The town of Sancerre is twinned with Markelo in Holland and there are a number of Dutch people who have had a long connection with the Sancerre region. Some have bought houses in the town. It was a lovely warm evening so we were able to eat and drink outside overlooking the old quarter of Sancerre and the vineyards. 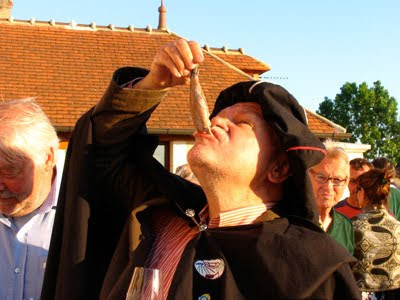 Man eating a herring at the Franco-Dutch evening 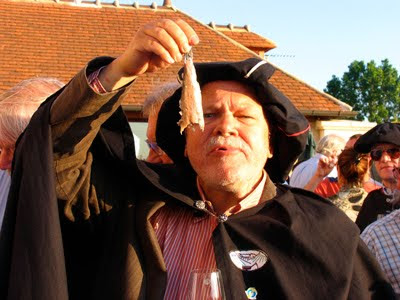 Below an accordion player from Holland 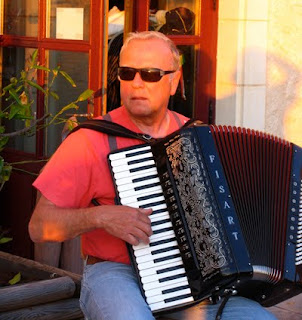 You tasted 126 different wines in ONE afternoon !?!? Wow! Pouilly-Fumé is one of my favourites!

Did you try the 'maatjes*': that's the raw Dutch herring fillets shown in the photos. They are soooo good, tender and creamy. But then, a lot of people don't like raw fish, do they!

(*) The name 'maatje' and this way of serving them only applies to young herrings that haven't mated yet.

I suppose it was a little under three hours ...