June in Touraine – not as bad as it seemed 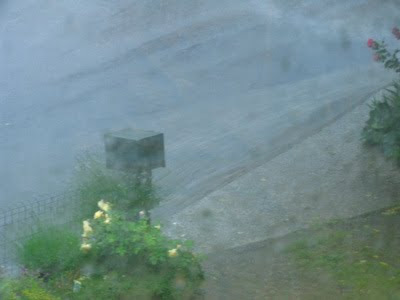 June 2010: at its worst!
Weather stats on Météo-France for Tours show that taken in the round June 2010 wasn't as bad as it seemed at the time, helped by better weather over the last week/ten days. With today forecast to be dry and sunny, the total June rainfall will be 54mm, with no rain recorded in Tours since 17th June. The average in the period 1971-2000 was 46.7mm. Average mean temperatures at 12.8˚ are above the average of 11.5˚, while the hours of sunshine are down (NB figs for 29th and 30th June yet to be added) at 181 hours compared to normal 215 hours. However, still well above the record low of June 2007 of just 142 hours.
Posted by Jim's Loire at 08:49

Email ThisBlogThis!Share to TwitterShare to FacebookShare to Pinterest
Labels: 2010

It's the weather in July I need reassurance about! ...(remembered all the words this time)... :-)