Cycling brings huge benefits but can we reduce the hostility? 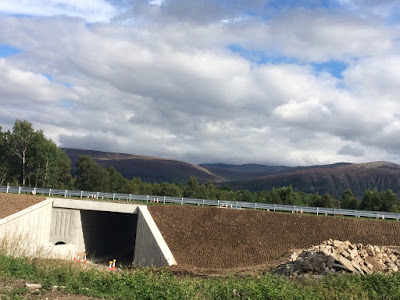 Clouds over the Cairngorms @Kincraig
The A9 in the foreground –
a great backdrop for a ride!

After riding around London and the South East it is a pleasure to be cycling up here on the roads around Newtonmore, Kingussie and Aviemore. With rare exceptions drivers give you plenty of room when overtaking, although I'm not always sure that they can see sufficiently far ahead especially when overtaking.

When riding in London you are always aware these days that you could be killed or seriously injured through dangerous, impatient driving. You can never relax. Clearly one of the differences up here in the Highlands of Scotland is there is much less traffic, especially if you avoid venturing onto the busy A9.

This means that both motorists and cyclists are less stressed and more relaxed, which is doubtless the problem in London where there are high levels of stress and impatience. Sadly there are often high levels of hostility between motorists and cyclists partly from a level a mutual incomprehension, which is odd as many motorists either cycle now or have done in the past – even if this was when they were kids. Equally many cyclists also drive.

it is very important that we try to resolve and break down this hostility and look to towards what Holland has achieved where cycling is the norm and there is a proper and accepted cycling infrastructure.

Why is it important?
Because encouraging more cycling can help to reduce pollution in large cities like London and equally important can dramatically improve the people's health both improving their quality of life and substantially reducing demand on the National Health Service as shown by this report published in April 2017: 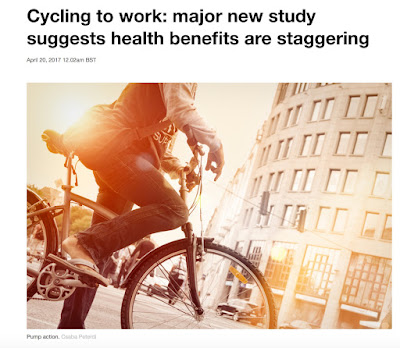 'Research has consistently shown that people who are less physically active are both more likely to develop health problems like heart disease and type 2 diabetes, and to die younger. Yet there is increasing evidence that physical activity levels are on the decline.

The problem is that when there are many demands on our time, many people find prioritising exercise difficult. One answer is to multi-task by cycling or walking to work. We’ve just completed the largest ever study into how this affects your health.

Walking to work was not associated with a lower risk of dying from all causes. Walkers did, however, have a 27% lower risk of heart disease and a 36% lower risk of dying from it.'
Clearly not everyone can commute to work by bike but we can put encourage many more to do so by taking out the fear factor as they have done so in Holland. If we can persuade people to be more active we can reduce obesity before it becomes a big problem. Once you are very over-weight it must be very hard to reduce your weight significantly to do so requires incredible and laudable dedication.

Walking to work has some of the benefits of cycling but they are less marked. This may be that for most people cycling is more strenuous exercise than walking. Also people may well consider longer distances and for longer than they would walk. 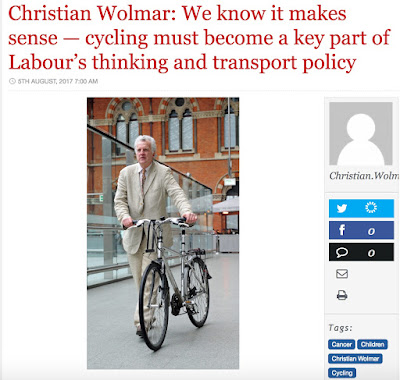 'One of areas where the Labour manifesto needs improvement is transport. It is rarely a frontline area at election time, and although the nationalisation of the railways proved a popular pledge, there was little on how Labour could make a decisive shift towards a more environmentally friendly policy that would also improve people’s journey experience.

Cycling received barely a mention, and among Labour activists it is often thought that cycling is a minority concern, and a policy encouraging its use would not attract any new voters, and, furthermore, would alienate some existing supporters. That is a mistaken view.'

Ideally the desire to promote the substantial benefits of cycling should have all party support and not be contentious. Being more active would bring such advantages: 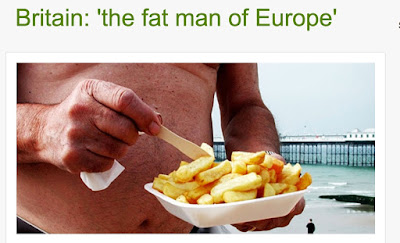 One in four British adults is obese, according to the UN Food and Agriculture Organisation, prompting fears that the UK has become the "fat man of Europe".

The UK has the highest level of obesity in Western Europe, ahead of countries such as France, Germany, Spain and Sweden, the 2013 report says.

Obesity levels in the UK have more than trebled in the last 30 years and, on current estimates, more than half the population could be obese by 2050.

One of the best places for bicycling I've ever seen (outside of Holland) is Annecy, France. The city center has separate routes for pedestrians and for bicyclists, both separate from cars, and with separate traffic signals. Plus, a large part of the surrounding lake has a dedicated pedestrian and bicycle path.
I. personally, have not bicycled in over 35 years, unfortunately. In the 1970's I lived just outside Washington, D.C., and there were great bike paths, which included one that enabled me to ride over the Potomac River and into Washington, which also had some great biking paths. Then I moved to Boston, which had great biking paths along the Charles river, but getting there by bike from where I lived was far too dangerous, so I wound up retiring my bike and never picking it up again.