Anjou Untamed – The face behind the wine 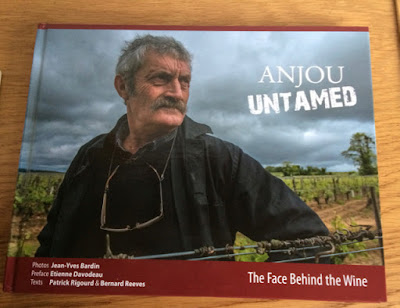 This is a new version of Vignerons d'Anjou – a book of fine photos by Jean-Yves Bardin of vignerons. The text is in English written by Etienne Rigourd and Bernard Reeves.

The photos of producers are dramatic often taken at a fairly wide angle. The one of Charly Foucault on the book's cover is typically excellent as the one of his son, Antoine, and the sombre and brooding photo of Olivier Cousin.
Anjou, as it includes Saumur, is used in its widest sense. The producers featured work at least organically with a number farming biodynamically. Many fit under the term 'natural' wine. Many featured have just a handful of hectares of vines

All the vignerons profiled each get a double page spread with a full page photo on the left page then two smaller photos on the right page along with a brief text.

While the texts are competent it is really Jean-Yves excellent and often dramatic photos that grab your attention.

It may prove to be ironic that entry for Charly and Nady Foucault – Domaine Foucault – ends: 'The spirit of the <Frères Foucault> will always be there at the Clos Rougeard....

Sadly this may well not be the case. Following Charly's death in late December 2015 – why do so many organic wine producers smoke? – it looks very likely that the Foucault's Clos Rougeard will be sold to a wealthy outsider. Apparently Anotoine Foucault, who spend much of 2016 looking after the estate, made an offer but it was regrettably rejected.

Anjou Untamed is certainly recommended for the quality of the photos and the interesting selection of vignerons. 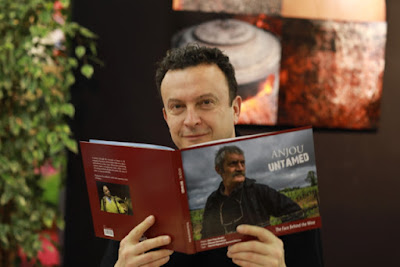