Excellent Cadence but some thoughtless drivers 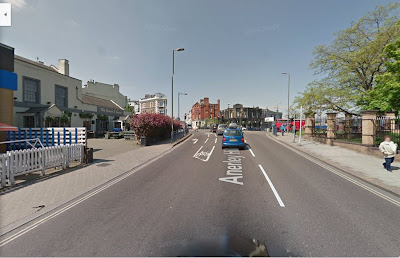 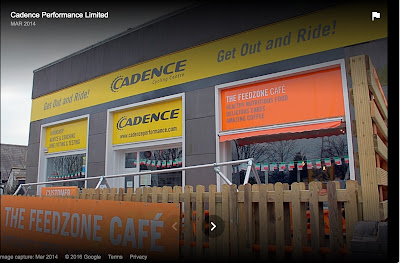 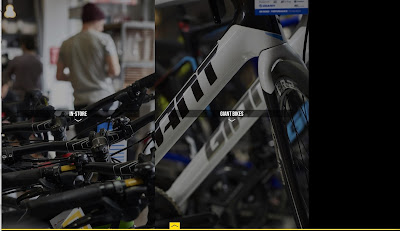 Cadence Performance is almost at the top of Anerley hHill about 100-metres on the left down from the traffic lights at the start of Crystal Palace Parade. Years ago the late Ken Bird, who died in late January 2005, had his bike shop at the bottom of the hill on the right hand side.

Some four years after we bought our mountain bikes, CRM and I have decided to invest in a couple of road bikes. This time we have opted to buy from Cadence in Crystal Palace. I bought my second Scott mountain bike from Evans Cycles in Clapham and, although the staff were friendly and helpful, the bike fitting service from Evans is not a patch on what is offered by Cadence if you are buying a new bike. Even if you are not buying a new bike you can pay £150 to have a similar thorough fitting.

I was very impressed with the thoroughness of Sandro Ferramaichi, the fitter who is Portuguese despite his Italian first name. His family comes from Sétubal and some members of his family are involved in wine in the Tejo Valley as well as making chorizo.   It isn't until you ride a modern road bike do you realise how much drag there is from the heavy tires of a mountain bike.

Having picked up my new Giant Contend SL yesterday, I made sure I benefited from today's glorious late autumn weather, although initially it was quite cold.

Apart from the short ride from Sydenham Hill to the Crystal Palace Park on my mountain bike and a couple of rides, today was the first time I had ridden on London roads for years.

The increase in road furniture since the early 1980s has been dramatic. Although these refuges may provide safe places for pedestrians to cross a busy road, they do little for a cyclist as they create pinch points. If it is a tight pinch point I aim to ride in the middle of the road to prevent traffic passing me in the fairly brief time it takes to pass through the road furniture. For some drivers this brief hold up is too long. Traveling through Beckenham towards Elmers Road, some idiot in a large car accelerated and then swung in to make sure they passed through the pinch point – a gain of just a few seconds but a foolishly dangerous manoeuvre.

Despite driver idiocies I enjoyed my ride, which gave me a chance to get used to the new bike and its ways. One big change is, of course, that you change gear on the handle bars not by using levers on the bike's down tube. 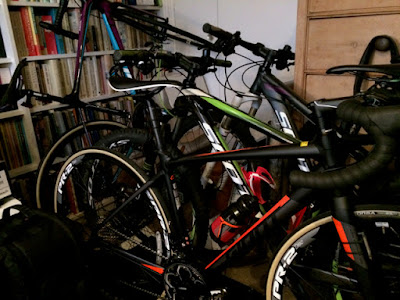 Our expanding stock of bikes – 2 VTT and 2 road bikes 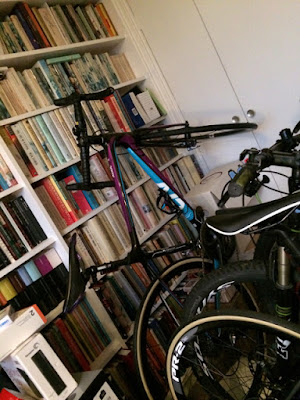 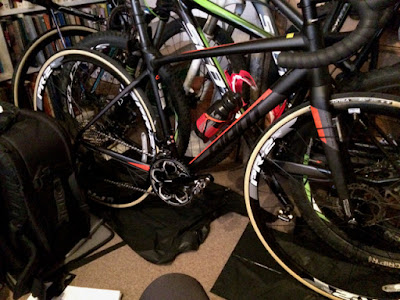 The Loire is an ideal cycling area - we've done a couple trips as credit card tourists and really appreciated the cycle path, not to mention the friendly people everywhere...

Our son is an avid toad cyclist. He's just moved from Oxford to London but complains that he has to cycle around 40 minutes from his home in Stoke Newington before he can begin his ride. He loves the open roads of rural France, and, with a few exceptions, the roads are well surfaced.

I did, of course, intend to type 'road cyclist'!

I thought you probably did!