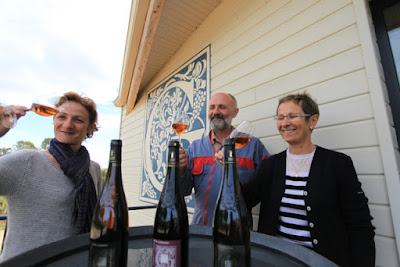 Anne, Yves and Marie-Annick Guégniard
Domaine de la Bergerie is in Champs-sur-Layon, the next commune to the east of Saint-Lamber-du-Lattay. This 36-hectare domaine is now run by Yves and Marie-Annick his wife and Anne their daughter. Anne is the eighth generation of the family to be vignerons. Yves' grandmother bought the domaine in an auction by candle (à la bougie).

In 1964 she passed the estate onto her daughter, Marie-Agnès, and then in 1979 Yves joined. In 2009 Anne joined her parents and is increasingly involved in running the domaine, which is now in conversion to organic viticulture. 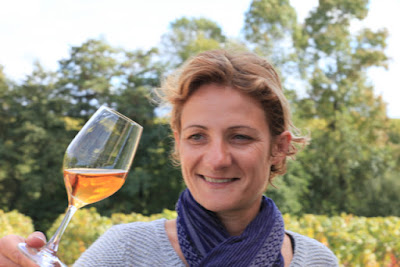 Series of photos with the 2011 Quarts de Chaume – firstly Anne 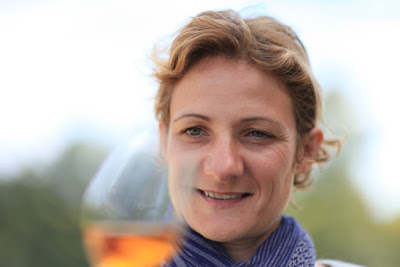 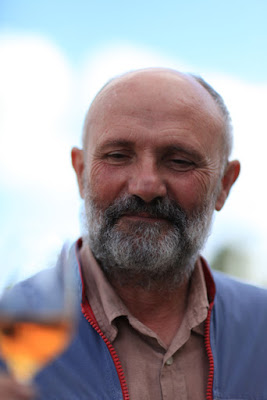 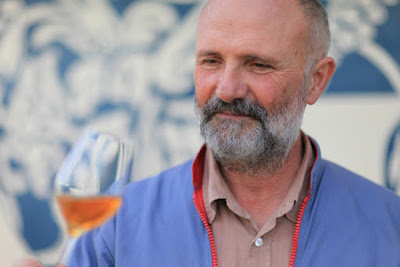 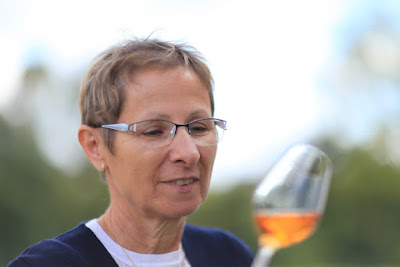 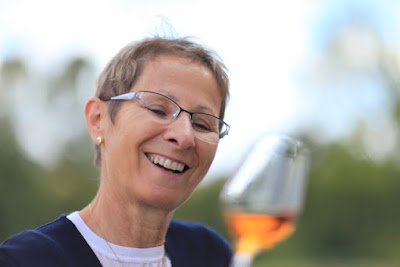 When Anne returned to the domaine, her husband David Guitton opened the only vineyard restaurant – La Table de la Bergerie – in Loire as far I as know and very good it is, too. 36-year-old David had wide experience before opening his own restaurant: in Washington DC, Zurich and Lausanne, London and in Monaco. He has worked with Alain Ducasse and Joël Robuchon. 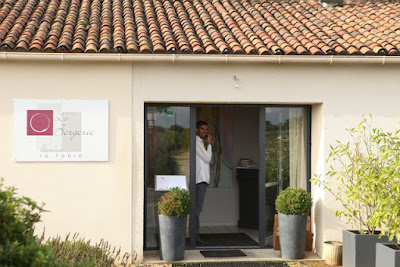 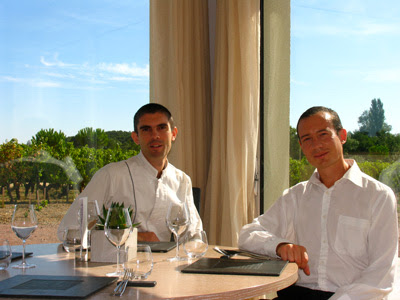 David Guitton (on the left) in his restaurant

This is a new profile from the RSJ Restaurant site – others written so far are Domaine Luneau-Papin, Château Pierre-Bise and Domaine Ogereau.