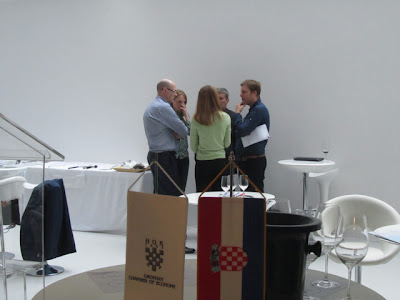 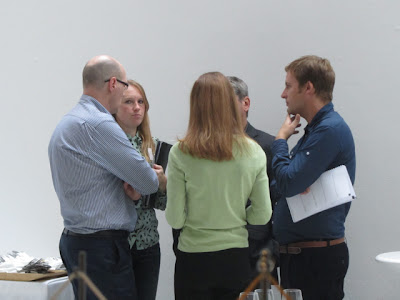 Founded in 2008 with Gang's undoubted tasting expertise and experience has never been matched by sartorial flair. There was some hope while Olly Smith was a member but he left at the end of last year along with fellow founder member Tim Atkin MW. Tim and Olly + his shirts have now ganged up with Oz Clarke becoming The Three Wine Men. All rather reminiscent of the super-groups of the 70s – Emerson, Lake & Palmer, Blind Faith, Crosby, Stills and Nash et al!
The Blue Shirts (aka The Wine Gang) have fairs in London (29th October) and Edinburgh (12th November). 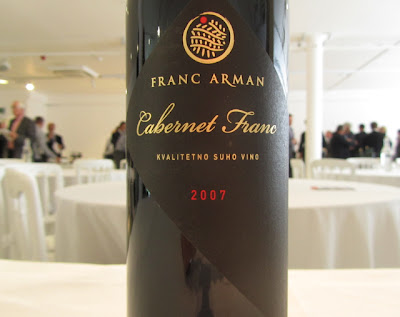 2007 Cabernet Franc, Franc Arman
I wasn't able to spend a lot of time at the Wines of Croatia tasting last week but did find some interesting wines, despite the organisation of the event being somewhat of a challenge. Many of the reds that I tasted were surprisingly leafy given that Croatia is in southern Europe. As I have never been to Croatia my impression of the geography is unfortunately rather hazy. In contrast this 2007 Cabernet Franc from Franc Arman was quite floral and attractively softly textured with good length, although with slightly green tannins in the finish. 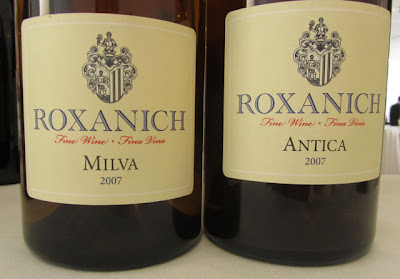 
These were the last two wines I managed to taste. Both white wines are in an oxidised style, which works adding complexity to the wine. Milva is made from Chardonnay, which spends three or four days on its skins before being pressed off. Antica has much longer on the skins – a remarkable 87 days. Made from Malvazija Istriana, Antica is like a complex dry Sherry.

See also Robert McIntosh's take on this tasting.
Posted by Jim's Loire at 12:00

Agree entirely about the organisation being "challenging"! It took me far too long to navigate the Wine Gang table hunting for the wines in the book.

Colin. I'm afraid I didn't have the patience so went to try the wines on the producers' tables.