60 years of Chinon in prospect 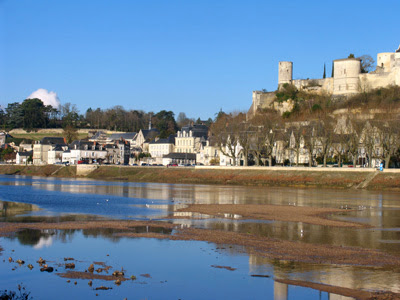 La Vienne, the town of Chinon and part of the Château
Thursday: off to Chinon for a big tasting on Friday morning when the Chinon producers are showing a range of wines over 60 vintages for 1945 to 2005. This promises to be fascinating. Although I have tasted a few 1947 Chinons I don’t think I have tasted any since 1992 – some long time ago. Same for the famous 1964, which I have tasted but not recently – 64 has the reputation of being one of the great Chinons.
Of course it may be the famous vintages like 1945, 1947, 1949, 1959, 1964, 1989, 1990, 1996 and 2005 will shine but it will be equally fascinating to see how the less heralded vintages have aged – 1948 or 1951 for example – likewise 1963 or 1968.
First off it was the Eurostar to Paris and then across on the Metro 4 to the Gare de Montparnasse – not one of my favourite railway stations: a monument to concrete and very impersonal. It doesn’t have a scintilla of the charm of the Gare du Lyon or even the Gare du Nord.
This evening we will be at the Château de Rivau, where we are promised that the late François Rabelais, Chinon’s greatest ambassador may put in an appearance.
PS: I didn’t have a chance to post this before today’s fascinating and very interesting vertical of Chinon, although it wasn’t quite as advertised as we started with a 1934. More details of the tasting tomorrow. 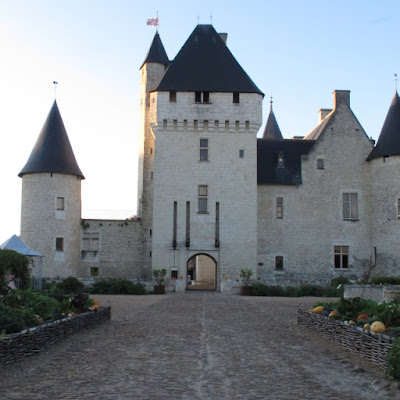 Wow! I'd give my right arm to be part of this tasting. Well, I'm right-handed, so maybe my left arm. But in any event, it sounds fabulous.

Bob. Thanks. Not all the vintages were fabulous some were and overall it was a great event.