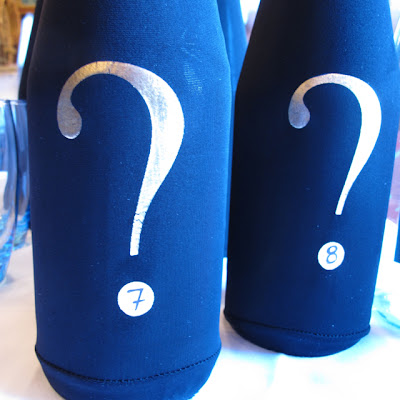 
Today was the occasion to choose Le Master (Muscadet de Sèvre-et-Maine) for 2010. The almost unanimous choice was the 2010 from Charpentier-Fleurance in Le Landreau-Bretonnière.

Launched in 1984 the concept of Le Master was established in the 1980s when Donatien Bahuaud was still family owned. The final selection would be made by a panel of tasters including oenologists, journalists etc. with the winning wine sold under the name of Le Master. When Donatien-Bahuaud went bust and was bought by Grand Chai de France this practice ceased. However, when Ackerman bought the Donatien brand in 2009 from Gabriel Meffre, they decided to relaunch Le Master. Once more there is a super-jury that makes the final selection. 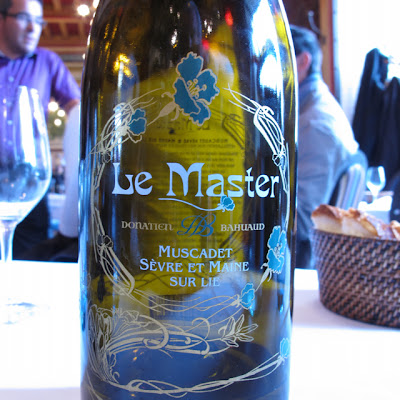 I was invited last year to judge but unfortunately was in the UK, so unable to make it. This year as the tasting is a bit earlier it was possible with an early start from Bléré-la-Croix by train to Nantes.
Just as last year the tasting, followed by lunch, was held at La Cigale, a café-brasserie that is a Nantais institution.
We had ten bottles of 2010 Muscadet Sèvre-et-Maine to taste. Much of our work had already been done with a pre-selection process whittling down some 68 samples to ten.
My favourite wine turned out to be the overall winner – no 4 in the order. Next was Joseph Petiteau – Vigne et Saveurs and the third – Luneau Courtage, Vignobles Delaunay. I found Charpentier-Fleurance the best balanced with a lemony, mineral nose and good palate weight plus a long fresh finish. It certainly stood out in the line-up. 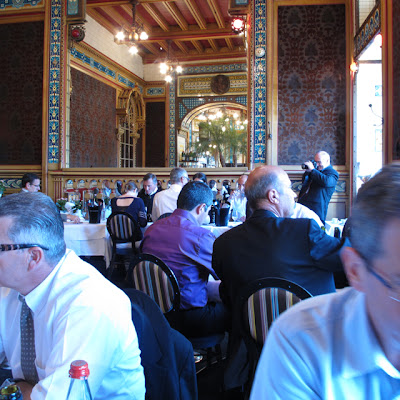 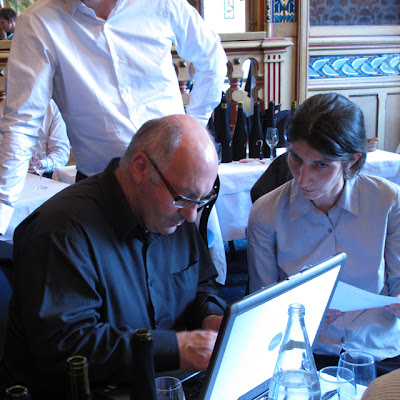 All the stress of collating the results! 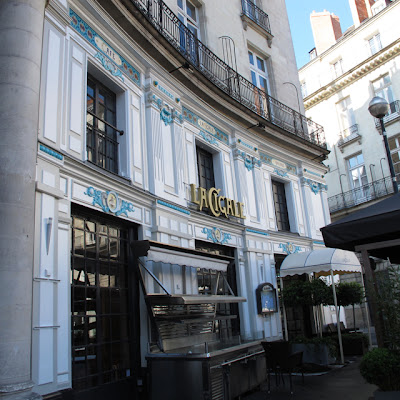 La Cigale: outside and the bar inside 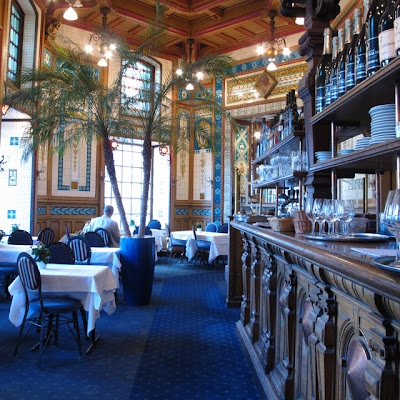 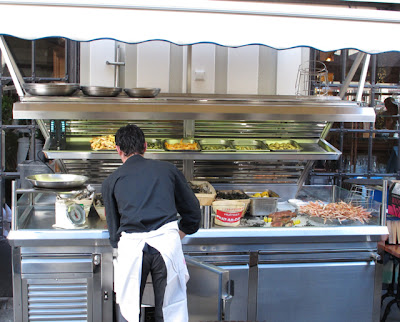 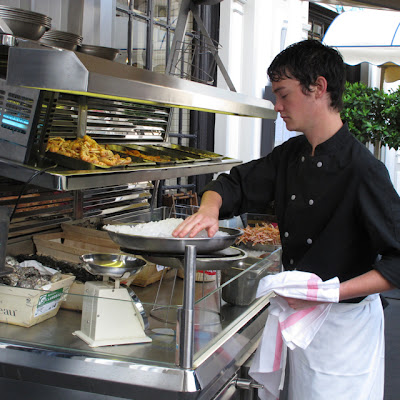 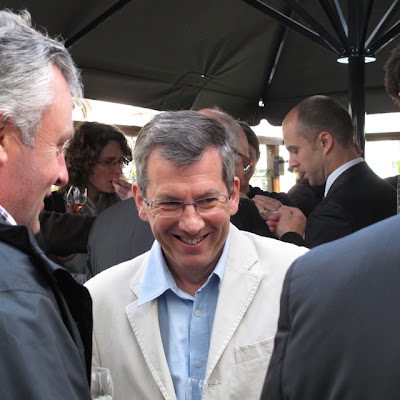